An audience member at Ant and Dec’s Saturday Night Takeaway was left stunned on Saturday (19 February) after being summoned down onto the stage to find out she was about to get married.

The show had a live audience for the first time in two years and Vicky Powell had gone along with her two friends, unaware of what what was about to happen.

The two presenters, both of which used to live in Chiswick (Dec still does), beckoned Vicky down onto the stage where her fiance Nick then appeared on a giant screen. Vicky remained unaware he was in the UK and assumed he was still on a work trip abroad, but eventually the screen panned back to reveal he was at Chiswick House with their family and friends. Everyone had been in on the secret and Nick had never left the country.

Nick got down on one knee and proposed again to Vicky, who is six months pregnant and works as a nurse for the NHS. She said yes again, to the relief of Ant and Dec and the studio audience. After this, she was told a helicopter was waiting to take her from the studio to her wedding.

The couple had already had to postpone their wedding three times and lost £28,000 when the venue they had booked went bust.

In secret, 100 guests, including Vicky’s parents, had gathered at Chiswick House with some flying in from as far as Australia and Brazil. 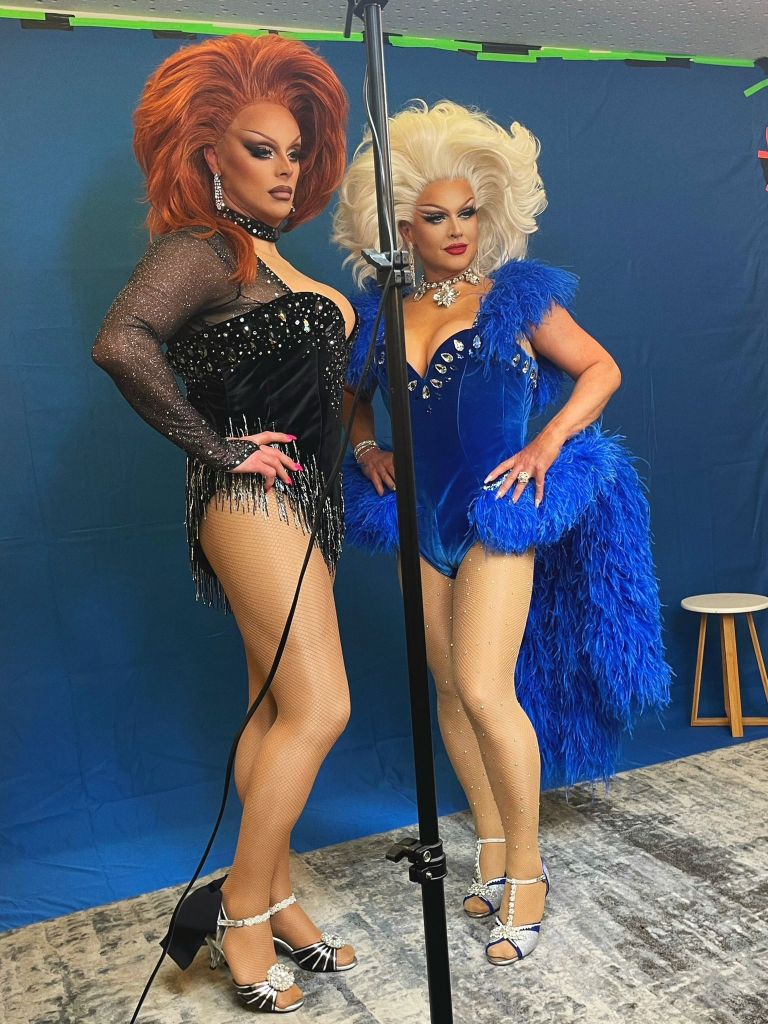 Towards the end of the show the presenting duo were transformed into their drag alter egos ‘Lady Antoinette’ and ‘Miss Donna Lee’ for the ‘End Of The Show Show’.

The transformation was made possible by Ru Paul’s Drag Race star Raven and Glow Up winner Ellis Atlantis with hair by Curtis William.

Making their entrance on to the show, Ant and Dec were embellished with fake boobs, heels and heavy make-up for the performance.

Red-head McPartlin was dressed in a black sparkly outfit while blond-haired Donnelly stepped out in a blue feather dress and red lipstick.

See also: Jeremy Vine gets back on the penny farthing a week after falling off and injuring himself

Jeremy Vine back on his bike – six days after being knocked unconscio...