Problems-beset Oldham departed from the Community Stadium with a heavy heart and facing a bleak future. How have the mighty fallen, those riding high may muse. There, but for the grace of God, go we, tumbling from the heights to the outer reaches of league football. It’s tough at the top, certainly, but even more wretched at the bottom.

Among the 22 clubs that founded the Premier League in 1992, Oldham now find themselves in the basement of Division 2 and in great danger of being relegated from the EFL at the end of the season. Brentford, having beaten four Premier League clubs on their way to the Caracao Cup semi-finals in their promotion year, have been handed softer opposition this time around and, having despatched lively Forest Green Rovers 3-1, were on Tuesday able to field a team of young wannabes to take on a side so bereft of funds and inspiration that only four substitutes trooped on to the visitors’ bench.

A forlorn sight, indeed, but for home fans one soon dispelled by a rampaging display of pinpoint passing and finishing of the highest order. It took inside three minutes for the Bees to go ahead, with Marcus Forss smacking a penalty home following a clumsy challenge on Yoane Wissa. Glum looks all round from the visitors. Was there worse to come?

There certainly was. In his outings with the first team, Forss has rarely gelled with the invention and sophistication of Ivan Toney. Here he ran free, a greyhound off its leash, and when not much more than ten minutes later Wissa let go a raking shot that rebounded from the far post, there was Marcus to pounce to score his second. 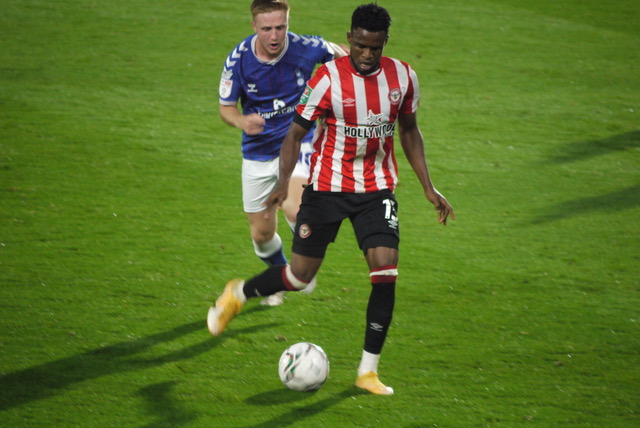 Wissa was here, there and everywhere, shooting whenever possible and sometimes when it wasn’t. What a tremendous asset he will be when gently reminded that putting the ball into orbit when a chance is presented is neither wise nor fruitful.

After half-an-hour Oldham managed a shot on target which was easily gathered by Alvaro Fernández, who probably welcomed the exercise. Then Wissa penetrated a floundering defence to meet a magnificent through ball from Mathias Jensen and add his name to the scoresheet before poor Raphaël Diarra nudged the ball into his own goal as the Brentford hit squad bore down on him.

By now Forss had a hat-trick dancing before his eyes and he duly delivered one with his best finish of the evening. It must have been encouraging for head coach Thomas Frank to see a young man who always promises much to do so all in one match.

Trailing 0-5, Oldham sent on three of their four subs immediately after the break, including the highly thought-of midfielder Harry Vaughan, slight of build, short and 17 years old, but obviously talented even if as glum as the rest of a team being hung out to dry.

Forss went one better than his hat-trick on the hour and then Wissa struck again with the finest of a very fine collection of strikes, Saman Ghoddos contributing a wicked, pacey cross that was met with an airborne overhead scissors kick that zipped into the net. No wonder Wissa promptly sat down in front of goal with arms spread like a potentate waiting for adulation from his people.

The home crowd was joined by Thomas Frank in applauding the despondent Oldham side from the pitch. Little consolation, one suspects, for a group of try-hards who face a turbulent future as the club flounders at the hands of owner Abdallah Lemsagam.

Our good wishes went with them on the journey home.

The previous Saturday to the Caracao Cup-tie saw Brentford head into the Midlands, looking for their first ever Premier League victory away from home. It was, as so often happens, Ivan Toney’s day – a majestic performance from the centre-forward fast becoming known as Mr Cool.

Both teams had lost their immediately past games and Wolves languished below Brentford in the League table. Thomas Frank selected an unchanged side from that which had been edged out by Brighton, while Wolves were also unchanged.

The Bees’ coach was unusually animated in the technical area as from the start the visitors worked hard to snuff out Wolves’ fluid attacks. As a result, the home side had difficulty in progressing beyond the edge of the 18-yard box. Frustration, or maybe plan stupidity, was their undoing just before the half-hour, when wing-back Fernando Marςal hung on to Toney from the back to impede him from any involvement in a Brentford corner. Toney ended up face down on the turf with Marςal still clutching him. 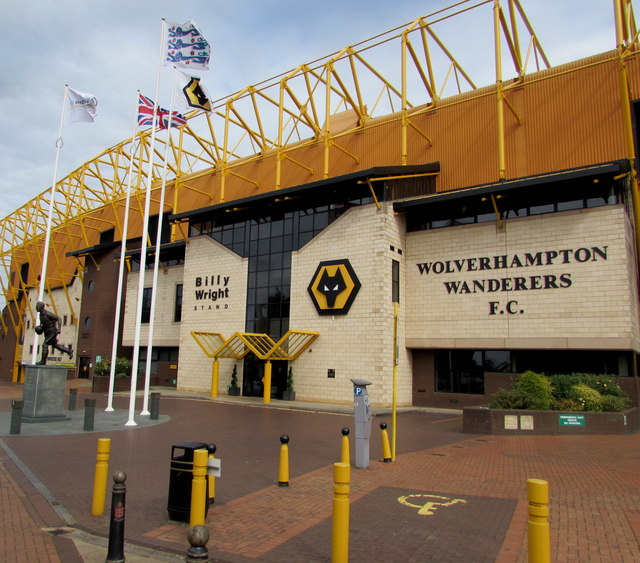 Toney, unruffled, tucked the penalty just inside keeper José de Sá’s left-hand post as the keeper hurled himself towards the opposite upright. That’s twelve out of twelve for Toney, for whom scoring from penalties has become something of an art form.

But for adverse decisions – one for offside, the other for handball – Toney would have scored twice more, once with a neat back-heel – and Brentford would have been four goals to the good and out of sight as far as Wolves were concerned.

No matter. Soon it was was that man again, racing down the left, surviving a defender’s desperate tackle and finding Bryan Mbeumo, waiting patiently in the goalmouth for an impeccably pass that allowed him to score easily.

Job done, although Wolves’ earlier sloppiness appeared to be contagious in the second half when Shandon Baptiste, already the recipient of a yellow card, committed a stupid foul that was the equivalent of a farewell note.

Thomas Frank was sanguine about the ending off but observed, ‘I was about to sub him!’ and adding, ‘We knew a win here today would be massive for us. We’re still learning, we’re just a bus stop in Hounslow.’

Bill Hagerty is a contributing editor of the Bees United supporters’ group.

South Chiswick LTN schemes sent back to Hounslow Council Cabinet to be reco...
Scroll to top