Brentford FC supporters who have season tickets for the 2020/21 campaign have been given the option to roll over their ticket to the 2021 / 22 season.

The new stadium was completed this summer and the club have been playing matches in it since the beginning of September. It had hoped to welcome supporters from October, but those hopes were dashed by the Prime Minister on Tuesday. Supporters will not be allowed to watch football matches at football grounds for the foreseeable future.

Season ticket holders were sent an email from the club on Thursday 24 September outlining three options for this season, following the Government’s announcement of tighter coronavirus restrictions earlier this week.

Throughout what they have described as ‘an extensive period of uncertainty’ Brentford FC has held discussions with the Brentford Independent Association of Supporters, Bees United and other fans to confirm the options now which are now available for season ticket holders.

The club is giving all Season ticket holders the option to ‘freeze’ their 2020/21 ticket and defer it to the 2021/22 season. Under this scenario, supporters will keep their seat and secure the same price for next season regardless of the club’s league status. Those choosing this option will remain as season ticket holders, retaining all the benefits which that entails.

Those who freeze their Season Tickets will not have to pay again for any games they are able to attend in 2020/21. Brentford FC will instead deduct a pro-rata value for each game attended from the amount put towards their 2021/22 season ticket, and supporters will then pay any remaining balance at renewal.

Alternatively, fans can choose one of two refund options: either a full refund or a 75 per cent refund.

Fans who choose a 75 per cent refund will leave a 25 per cent non-refundable deposit with the club to hold their seat location at the stadium for the 2021/22 season.

Supporters choosing the refund options will also have the chance to buy any remaining tickets for games later this season (after those who have opted to freeze their season tickets) although during any reduced capacity games, these will be very limited at best. 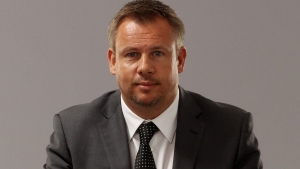 Jon Varney, Brentford FC Chief Executive, said: “I would like to thank all our supporters for their amazing backing and patience during this period of great uncertainty. We share your frustrations and are incredibly disappointed we aren’t in a position to be together at our new home.

“This is a fast-moving situation and there is still uncertainty ahead of us. I believe that the options we’ve shared with Season Ticket Holders today will help us continue to safeguard our Club over the coming months as well as providing a good range of choices for our fans who we recognise may be facing very challenging financial circumstances right now.

We appreciate the support of each and every fan as we continue to work together and support our team during these difficult times. ”If you are a Season Ticket Holder for the 2020/21 season and have not received your email from Brentford FC, you can fill in an online form by following the link below:

‘Covid figures do not reflect the real picture’ Kelly O’N...