Nigel Farage has announced that the Brexit party will not be standing in every seat across Britain; they will not fight in the 317 seats won by Conservatives in the last general election, but only in seats won by Labour.

How does the decision affect us in Chiswick?

While generally considered a good thing for the Tories, Conservative chairman James Cleverly said there was still a “danger” the Brexit Party could split the Eurosceptic vote in target seats, leading to the election of MPs who could “frustrate the Brexit process”.

Chiswick’s two Labour MPs have both been doing their level best to frustrate the Brexit process. Both Rupa Huq and Ruth Cadbury had big majorities last time, and both are solid Remainers.

Rupa Huq, MP for Ealing Central & Acton, reiterated again yesterday that she was ‘ happy to have signed @Remain_Labour pledge for a #people’svote and against ANY Brexit’.

While Labour’s official position is that it will negotiate a new Brexit deal with the EU and then put it to the public for a second referendum within six months, more than 50 Labour MPs have already decided what they think, irrespective what deal a Labour Prime Minister might produce.

The group, which includes both Rupa and Ruth Cadbury, MP for Brentford & Isleworth, signed up on Friday to a pledge to campaign to Remain in a second referendum. The pledge now has almost 100 signatories, according to Rupa. 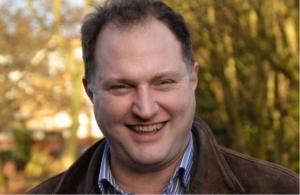 Will the Brexit Party candidates split the Conservative vote?

Ruth is facing a Conservative opponent who is unequivocally pro-Brexit. Seena Shah voted Leave and has declared she wants ‘to get Brexit done’.

Rupa’s Conservative opponent Julian Gallant is more nuanced in his approach to Brexit.

His Twitter feed reveals a deep unease about it:

He supported Theresa May’s deal and at the time of the Conservative party leadership election he urged:

‘Vote please for the candidate least likely to countenance an utterly destructive “no-deal” exit from the EU. And that must be Jeremy Hunt’.

He has obviously managed to overcome his concerns about Boris, now he’s standing as a candidate, but judging from his Twitter feed, he’s happier talking about issues such as crime and air pollution than the dreaded B word.

I’m guessing he wouldn’t be too happy about a Brexit Party – Conservative party election deal, (which Boris denies) as in the past he has spoken out against Farage’s ‘contact with the extreme right in Europe and the US’.

He will find it hard to argue a ‘Brexit or bust’ line, so may lose votes to those of the ‘get it done’ persuasion.

In Brentford & Isleworth their candidate is Lucy O’Sullivan (formerly employed at the European Commission).

Man in the Middle – Chapter 10: The Phone