Downton Abbey devotees are counting the months now that it has been confirmed that its highly anticipated sequel to the blockbuster movie will be in cinemas this Christmas.

The first Downton Abbey film, itself a spin off from the hit TV series, featured a royal visit and the sequel picks up where it left off in the late 1920s.

Fans can look forward to fantasising about a bygone era of glamorous gowns, glorious settings and high drama with all the original principal cast, including several local leading ladies.

The Chiswick Calendar caught up with Phyllis Logan, aka Mrs Hughes, who said she was delighted to be back with ‘the same old troupe’ to film Downton Abbey mark two.

Being back with the cast is, “Just bliss”, says Phyllis, a long-term resident of Chiswick, adding it was,

“So nice to see everyone. We were together for six series and it was lovely seeing everyone for the first film after a break of three years.”

“After this last year it was even more so – nice to see everyone in the flesh – the actors and a lot of the same crew from before.”

Phyllis divulged that there’s “some excitement which takes place at the castle” so Mrs Hughes, the housekeeper, has her hands full.

Phyllis Logan in one of Downtown Abbey’s most shocking moments, when she finds a train ticket to York in Mr Bates’ pocket, proving he wasn’t involved in the valet’s murder, contrary to belief. Picture courtesy of PBS.

They’ve already started work filming up at Highclere Castle, the 5,000 acre estate in Hampshire, although the downstairs cast often keep a respectful distance closer to home in the less lavish kitchen set at Ealing Studios.

However, Phyllis says there will be some filming in another ‘slightly exotic’ location – but with the admirable discretion one expects of Mrs Hughes, her lips are sealed as to where.

If you didn’t catch the first film, look away now –  the final shot showed Mrs Hughes and her husband Carson walking away from Downton, saying how it’ll still be there in 100 years, giving a feeling of finality.

However, Phyllis confirms that her character is still working as housekeeper and Carson, although retired,  as in the first film, “is inveigled into coming back for one reason or another.”

According to Jim Carter, who plays Mr Carson, a role that has earned him four nominations for the Primetime Emmy Award for Outstanding Supporting Actor in a Drama Series, the script is “very funny”. It will also include his wife, actress Imelda Staunton reprising her role of Maud Bagshaw.

“It’s a cliche but we are a family,” says Phyllis.

“We have such a laugh. We have a WhatsApp group so we keep in touch. Elizabeth McGovern lives in Chiswick, so I see her a lot and her husband Simon Curtis who he is actually directing this one.”

Michelle Dockery, left and pictured on set with Maggie Smith 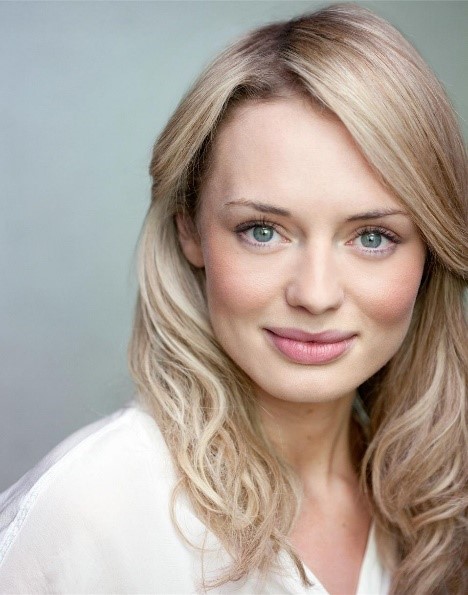 Michelle Dockery, aka Lady Mary Crawley also lives in West London, as does Lesley Nicol, who plays Mrs Beryl Patmore, “She’s a really good chum. She was living in LA for a bit but she’s back and lives locally so we’ve met up for a walk”.

The official announcement said that “the entire Downton cast are back”, presumably from the first film, rather than all the beloved characters from the whole series to date.

And there will be a sprinkling of new celebrities including Hannibal’s Hugh Dancy, The Affair’s Dominic West and our very own ArtsEd acting alumna Laura Haddock, currently knocking ’em dead in Transformers.

Downton Abbey 2 is set for release in cinemas on December 22. You can watch the first film on Prime Video.

See also: An interview with Phyllis Logan and Kevin McNally

Mind Matters – Don’t let it stress you out…

Episode 53: The County Championship – past, present and future – by its...
Scroll to top