Chiswick House’s Camellias are believed to be the oldest collection under glass in the Western world and include rare and historically important examples, with blooms in pink, red, white and striped. Visitors can view these heritage blooms within the elegant, 300ft Chiswick House Conservatory during the month of March (from 1 – 31 March 2019), free of charge. Many of these plants are descended from the original planting in 1828. The rare Middlemist’s Red (pictured above), which actually is more pink in colour and takes pride of place to the left of the conservatory’s central rotunda if your back is to the Italian Garden, was originally brought to Britain from China in 1804 by Londoner John Middlemist, a nurseryman from Shepherds Bush. It is one of only two in the world known to exist – the other being in Waitangi in New Zealand.

Camellias have been grown in China, Japan, Korea and Vietnam as a garden plant for thousands of years and the genus was given the name of ‘Camellia’ in the 18th century, in honour of Georg Josef Kamel, a Moravian Jesuit apothecary and botanist, who worked in the Far East. The Camellias that grow at Chiswick are all of the species C. japonica which were ordered by William Lindsay, the 6th Duke’s Head Gardener, from Alfred Chandler’s Vauxhall nursery. Camellias have always enjoyed a special charm; by the 1840’s, when the Duke of Devonshire’s collection was well established, the Camellia was at the height of its fashion as the luxury flower. The Parisian courtesan Marie Duplessis, who died young in 1847, inspired Dumas’ La Dame aux Camellias and Verdi’s La Traviata. 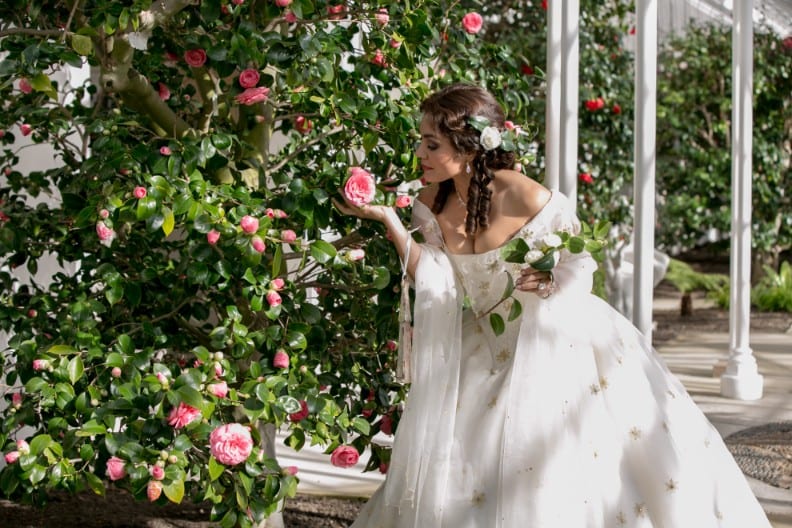 Famously, the white Camellia was Coco Chanel’s favourite flower, and became her emblem, adored for its regular perfection and classical order of its pure white petals.The original Conservatory was designed for the 6th Duke of Devonshire by the architect Samuel Ware, who later designed the Burlington Arcade, Piccadilly. At 300ft long it was one of the earliest large glass houses to be built and thus a forerunner of Decimus Burton’s glass house at Kew and Joseph Paxton’s Crystal Palace. 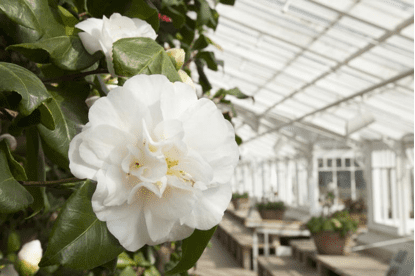 Garden guides will be offering free Camellia themed short tours (approx. 40 mins) during the March Camellia Show on Wednesdays and at the weekend.

A pop up shop selling Heritage Camellias from the estate will be open on the weekend the 23rd / 24th March 10:00 until 4.00pm. There will be a Camellia Competition supported by the International Camellia Society on the Saturday 23 March to encourage local people to bring their Camellia Blooms and win prizes. You don’t even have to know the name of the Camellia just bring the bloom. All blooms can be dropped off on Friday 22nd March before 4.00pm and on the morning of the 23rd March until 10.00am. Prizes will be awarded at 12.00pm on the 23 March. All funds raised from the Festival support Chiswick House and Gardens Trust, a registered charity dedicated to the preservation and continued enhancement of Chiswick House Gardens which are open free to the public every day from 7am until dusk. 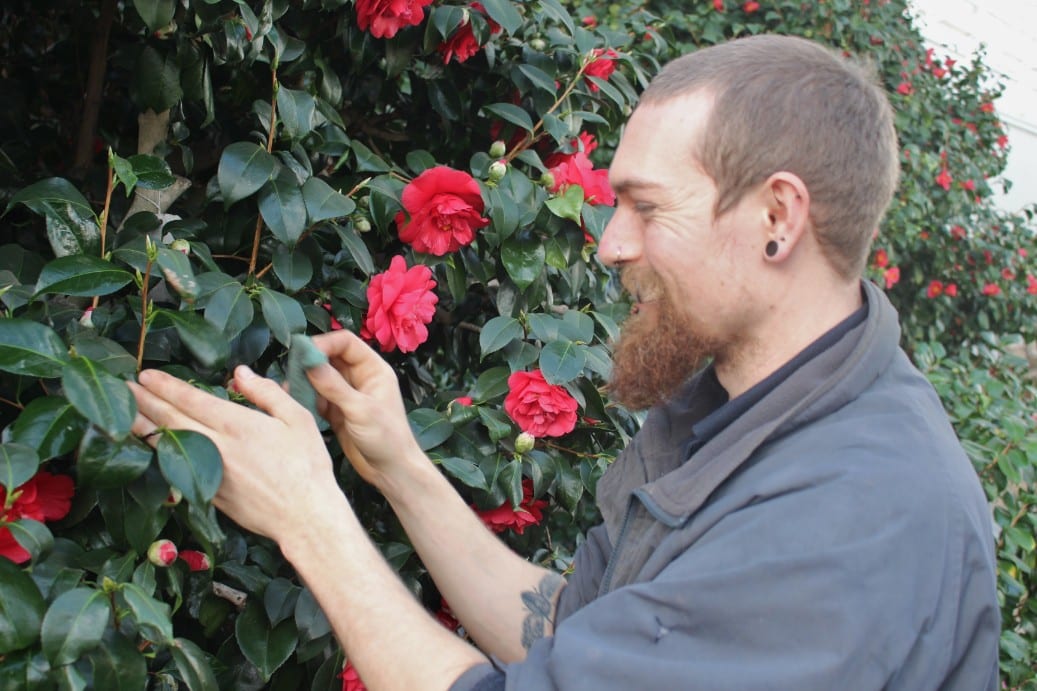 Chiswick House Camellias being cleaned for the annual Show, image by Michelle Chapman 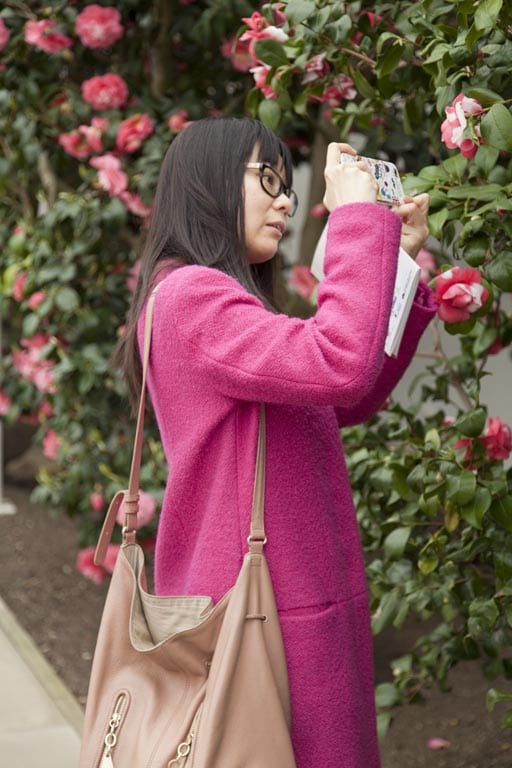 A visitor at the Camellia Show

Camellia Images and shot of visitor in pink coat by John Fielding.

Image of soprano Ailyn Perez in the role of Violetta, La traviata shot in the Conservatory by Anna Kunst

The conservatory covered in wisteria, by Frank Noon