Image above: Optomap image of a retina

Failing sight is one of the curses of old age, but if caught early, in many cases deterioration can be slowed. A Chiswick optician has invested in specialised testing equipment that can pick up the early signs of eye disease and is working in partnership with one of the country’s top eye surgeons to provide treatment locally.

The most common causes of loss of vision in the elderly are age-related macular degeneration, glaucoma and cataracts. It’s basically wear and tear that in different ways reduces our ability to see clearly, but the word ‘elderly’ is perhaps misleading here, because people begin to show the early signs of these conditions in their sixties.

Independent optician The Eye Studio in Chiswick High Rd has used the pandemic period to invest in some very sophisticated equipment which allows them to diagnose all three.

An Optical Coherence Tomography (OCT) scan enables them to see a cross section or 3D image of the retina and scrutinise the macula, which processes sharp, clear, straight ahead vision. This is helpful for diagnosing macular degeneration and glaucoma.

An Optomap Retinal Exam is an ultra-widefield retinal examination, a revolutionary diagnostic tools which uses a ‘glorified camera’ says Eye Studio founder Andrew Harman, to give them a documented photograph of the back of the eye. “The images help them to diagnose eye conditions, treat and monitor them”.

I’m tempted to call it ‘cutting edge’ technology, but given this is testing which may lead to laser surgery, that seems a little glib.

The Eye Studio is working in partnership with eye surgeon Ali Mearza, who carries out laser surgery at his Harley St practice and meets patients for follow-up appointments in his Chiswick office.

Andrew and his partner Nick hope that they will be able to diagnose many more cases of eye disease early on, because patients come to them for routine check-ups and new glasses; they aren’t having to go out of their way to get a test and aren’t waiting till the symptoms make it apparent that they need one.

They also think that by passing patients on to a consultant with whom they work with regularly, who gives consultations in Chiswick every few weeks, the partnership will take a lot of the stress out of the process.

Ali Mearza is a consultant opthalmic surgeon who specialises in laser eye surgery – cataract surgery, corneal surgery and vision correction. While his main clinic, OCL Vision, is in New Cavendish St, in the Harley St enclave of medical specialists, he keeps an office in Chiswick because it’s much more convenient for patients from west London to come there for follow up appointments

Recognised as one of the best eye surgeons in the country, he has 18 years’ experience and divides his time between his private clinic and working for the NHS at London’s Imperial College Healthcare NHS Trust.

He told me people start getting cataracts in their sixties and seventies. “Everyone gets one eventually if you live long enough” and 70% people in their sixties have them to some degree. Treatment for cataracts is a relatively straightforward surgery.

Glaucoma is a condition that affects the optic nerve.

“Glaucoma affects the field of your vision. You lose peripheral vision gradually. With testing, we can pick it up before you even realise you have it”.

“The real benefit of opticians screening is that it can be picked up early and treated to prevent further damage. Otherwise patients can go blind from it.

Images above: Andrew Harman; Glasses on display at The Eye Studio

An early adopter of The Eye Studio’s new testing facility is Liam Robinson, 53, who has been coming to Andrew and Nick for years. 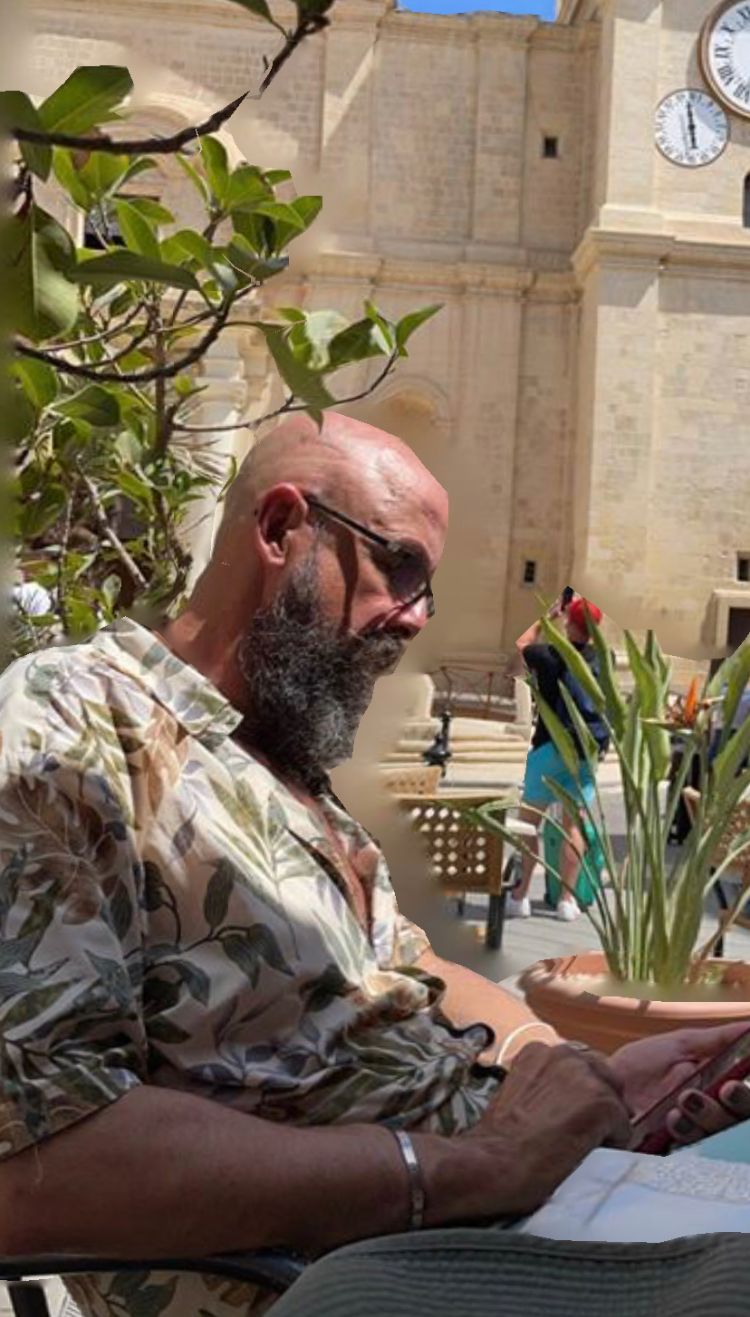 “I went for an eye test because I wanted some new glasses. Andrew explained he had this marvellous machine which can reveal anomalies, so I decided to do it and consider it money well spent.

“I like the idea of catching things early. I used to use computers a lot so I got into the habit of having regular eye tests every two years. Now I work as a voice coach, peering at an ipad in dark studios and on film sets and my eyes are tired at the end of a day.

“This is a service that’s right on your doorstep. You pay a bit more for it, just over £100, because these machines are jolly expensive, but you feel secure; it’s a collaborative experience. They show you everything and explain everything. It’s almost like you were visiting a specialist eye hospital.

“They saw something which they said is probably nothing to worry about, but I will be going back in a few months to check it out. I’m telling all my neighbours they should go and do it.

“I popped in the other day to get my glasses adjusted. The girl I spoke to knew my name, which says a lot about the kind of people they employ and the kind of place it is. Rather than going into Boots and giving a big corporation your money, why not support your local independent optician?”

See also: Caring for people in their own home now much more popular