Image above: Collection for Afghan refugees at Chiswick Village

There have been several collections in Chiswick this week for Afghan refugees arriving from the chaos of Kabul. This one, pictured above, was organised by Scott Christy Jones and his wife Natasha at Chiswick Village. They got in touch with the charity ACAA after reading James Thellusson’s piece on The Chiswick Calendar last week about how we as individuals can make a difference in the face of an international crisis of the scale of the fall of Afghanistan.

READ ALSO: Afghan refugees – Can I make a difference?

Both the ACAA and West London Welcome have now launched appeals (see below).

Ruth Cadbury MP told The Chiswick Calendar that her office, like that of many other MPs, had been “swamped” with pleas for help from Afghans either still in the country or here, trying to get family members out.

She and her staff have been collecting information to pass on to the Foreign Office, but she fears their requests have just added to huge number of emails which have remained unopened. She has UK nationals from her constituency stranded now in Afghanistan, with no way of being able to help them.

Image above: Collection for Afghan refugees at Chiswick Village

People of Chiswick “beyond generous”

Scott Christy Jones and his wife Natasha organised a collection at Chiswick Village on Saturday for ACAA, the Afghan and Central Asian Association, based in Feltham. The charity has  experience of helping Afghans settle and integrate in this country.

“The residents of Chiswick Village and Chiswick on the whole were beyond generous” Scott told The Chiswick Calendar. “Natasha and I were very much “finger in the air” in regards to how well supported it would be and were more than happily overwhelmed at the response”.

They collected about 200 bags and boxes. The pictures here show only about half of what they ended up ramming into the van. They sorted it into labelled categories once they got to Feltham.

“Was the largest donation, by quite some distance, that the ACAA have received. As the wife and I unloaded the van that we hired they were taking female hygiene products, toiletries, nappies etc straight off us to rush to the hotels.

“Our delivery, in combination with dozens of individuals dropping items off that we saw as we emptied the van, has helped them out no-end in regards to immediate help”.

Image above: ACAA awarded Queen’s Award for Voluntary Service in 2018

The charity has told The Chiswick Calendar that the refugees are now in hotels around Heathrow, where they are in quarantine. The hotels aren’t accepting clothes, only toiletries and they have now set up a crowdfunding site so they can raise money to match the specific needs of families.

So far they have reached £11,816 out of a target of £20,000. They are also looking for volunteers who can help with sorting through the donations of clothing and toiletries they’ve received and giving support and guidance to refugees already here, who come to their drop in centre. They provide training for volunteers and are looking for people with particular skills, including admin support. Call Sheekeba on 07445 038974.

The Home Office has been using west London hotels during the pandemic to house refugees and asylum seekers. West London Welcome, based in Hammersmith, also offers support.

“Some people come to us with absolutely nothing” volunteer Lesley Thompson told us. “What the Home Office provides is very patchy and piecemeal”.

There have been reports about the poor quality of food and tiny portions given to refugees by hotels. West London Welcome supplies them with food, clothes, toiletries and other necessities as well as providing advice on housing, legal and immigration matters.

Their appeal is here: HelpUsHelpNewArrivals

Volunteer Lesley Thompson told us the big issue will be housing:

LB Hammersmith & Fulham has offered to house newly arrived refugees from Afghanistan, but leader Steve Cowan has said it cannot be at the expense of those already waiting to be housed.

A spokesman for Hammersmith and Fulham Council said:

“Hammersmith and Fulham has agreed to take in families in need from Afghanistan and we’re currently discussing how we can help with the Home Office.” 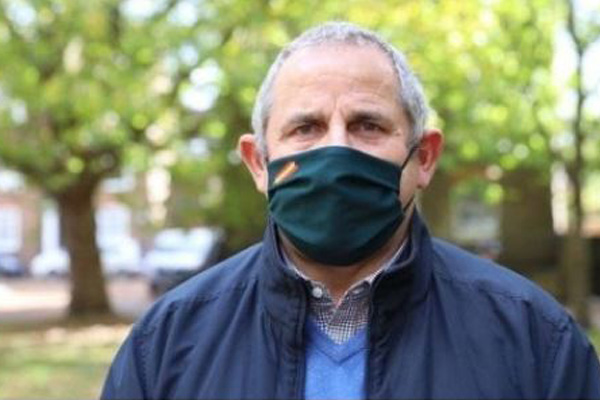 Leader of LB Hounslow Cllr Steve Curran told The Chiswick Calendar they had no council housing to give newly arrived refugees.

“Because of the size of the families they will need three, four or five bedroomed houses. They come to use through a clearing system.

“First they will go to hotels but ultimately we’ll be reliant on the private rented sector”.

They are on the look out for anyone willing to rent their house to provide a home for refugees.

“As a borough which celebrates and welcomes diversity, we have a proud history providing sanctuary to those fleeing violence and terror, supporting their settlement in the UK and helping integrate them into our communities.

“The Government also needs to play its part by adequately resourcing the new settlement scheme and financially support councils who want to do everything possible to welcome refugees” he said. 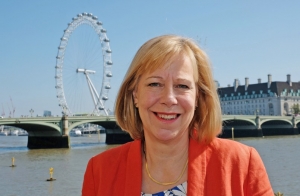 Ruth Cadbury MP told The Chiswick Calendar her staff had been working flat out trying to deal with the number of cases both from Afghanistan and from her constituents in Brentford & Isleworth who have family members there.

One of the cases she has been dealing with is a family of 16 – that of a man whose brother was killed by the Taliban, so his family has become part of his own. His brother was working for the Afghan government forces. The Taliban are now searching for him.

“We have about 300 cases and each one represents a family. There are four UK nationals from my constituency that I know of who didn’t get out – a middle aged couple with health problems who were there visiting family. They were due to come home when Kabul fell. Their flight was cancelled and they weren’t physically able to get to the hotel collection point.

“Another case is a father and young child. He has children here and was trying to get his other child out, who has been living with grandparents. He too has health problems and wasn’t able to get to the airport carrying his child.

“I have four British nationals that I know of just from my constituency who haven’t got out, so Boris Johnson’s claim that they’ve managed to get nearly all Btritish nationals out cannot be true”.

Ruth and her staff have been collecting information – names, ages, passport numbers – and emailing the information to the Foreign Office. The Guardian revealed last week that thousands of urgent messages from MPs and charities had not been read by the end of the UK evacuation from Afghanistan. They were just sitting in the inbox, unopened.

“The most depressing thing now is the complete silence from the Home Office” she told us. There have been several briefings for MPs, but fewer available to Labour MPs than to Conservatives, she said.

Former head of the British Army General Lord Richard Dannatt has accused the Government of being “asleep on watch” over the Afghan crisis.

Episode 17: Afghanistan – A rehash of imperialism
Scroll to top