Residents of LB Hounslow are being advised to familiarise themselves with the borough’s new ward boundary changes, ahead of upcoming local elections.

The next local elections in Hounslow will see the introduction of new ward boundaries, which may impact where residents cast their vote and for which ward. The next elections will be held on Thursday 5 May 2022.

Familiar ward names are set to be changed and some residents’ addresses may fall within a different ward.

Changes include the expansion of Turnham Green ward to the west and its renaming as Chiswick Gunnersbury, and a new ward called Syon and Brentford Lock.

Polling stations may be different for some residents

The ward boundary changes mean that polling stations may be different for residents. Those who participated in the Council’s polling district and polling place consultation in August played a role in helping to shape elections in the borough.

The council says it is vital residents check what electoral ward their address is in and where their polling station is. To find out residents can visit hounslow.gov.uk/polling-station-finder.

Residents can register to vote by visiting gov.uk/register-to-vote. The deadline for registering to vote at next year’s local election is midnight on Thursday, 14 April 2022.

Another three councillors in the Southfield ward, which is in LB Ealing, are Liberal Democrats. Ealing has separate ward boundary proposals but these have not yet been finalised.

Residents should familiarise themselves with changes to avoid confusion, says council 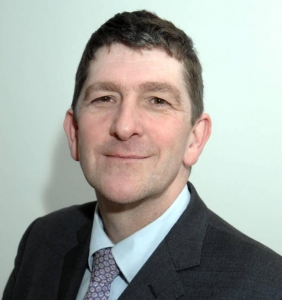 “It’s important that residents make themselves familiar with these new ward boundaries now to avoid any confusion.

“Remember decisions that elected councillors make over the next four years will shape future services provided from the Council. Elections are the key way in which residents can have a say in local democracy, by choosing who represents them.

“Registering and then getting out to vote, wherever residents live in the borough, is therefore really important so we’re urging residents to ensure they are registered and know where their allocated polling station is.