The three councillors for Chiswick Riverside ward have said that new traffic proposals for the area south of the A4 are transforming south Chiswick into “an unliveable neighbourhood”.

‘As councillors representing the Chiswick Riverside Ward, we write to express our deep concerns about the impact on residents of the measures announced on Monday 8th June. These measures emerged from a poorly advertised fact-finding exercise carried out late in 2019 that most residents were unaware of.

‘We believe that none of the measures currently scheduled to be implemented between July and September should be introduced until a full public consultation has been held and officers have had the opportunity to amend the experimental traffic orders accordingly.

‘The work by officers in 2019 confirmed that there was a serious problem caused by car drivers using the area as a cut-through between the A316 and the A4. Following the closure of Hammersmith Bridge, November traffic volumes of over 8,000 vehicles a day were recorded on certain streets and across the ward speed limits were being routinely ignored.’

‘The plans, which are designed to try and stop vehicles using the area as a shortcut to avoid Hogarth roundabout and the A4, have come under increasing scrutiny recently with a petition by residents reaching almost 1000 signatures in just under a week’. 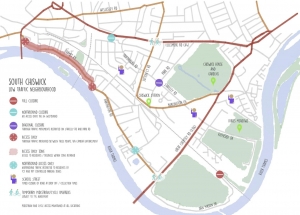 Image above: The proposed plans that LB Hounslow wishes to introduce

‘We fully support measures that will reduce or even remove rat-running and speeding but cannot support measures that will make it impossible for residents to make essential short car journeys within the neighbourhood. In addition, the proposed measures will force residents to make significant detours when leaving and returning to the area. As a result, many will be forced to drive along residential streets in the ward or along already highly congested roads on the ward’s boundaries that they currently avoid such as Barrowgate Road and the A316. The restrictions on travel within in the ward are unnecessary and serve only to confuse and inconvenience residents.

‘Whilst we understand that detailed plans needed to be developed quickly in order to obtain emergency government funding, we are shocked that you propose to implement these complex measures before any public consultation has even begun. This is not the way that public bodies should behave even in times such as these. The project is wide ranging with many inter-connected measures. Residents need to understand how the scheme will impact on their lives. The use of automated number plate recognition technology is new to everyone including officers, and few know what a School Street is.

‘Having studied the proposals in detail we believe that the project could be greatly simplified. In addition, with a few modifications the measures could achieve the desired aim of enabling people to travel more safely around the area on foot and by bike without preventing essential internal journeys.

‘Our neighbourhood is poorly served by public transport. Car journeys within the ward and indeed from the ward to other destinations, are therefore an essential feature of the lives of many households. It is the rat-running commuters that have reduced the quality of life for all residents in South Chiswick and it is they, and not local residents who should be penalised by these measures. 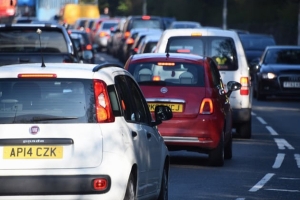 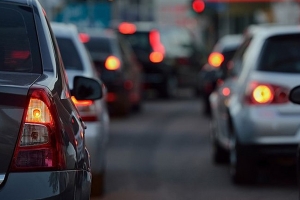 Images above: The radical plans aim to reduce traffic queues massively, forcing residents to rely on other modes of transport.

‘Traffic speeds as well as traffic volumes remain a serious concern for cyclists and pedestrians alike. The existing proposals contain no “traffic-calming” measures. If South Chiswick is to become a liveable neighbourhood then measures to reduce traffic speeds must be introduced as an integral part of the project for all key streets for example Staveley and Hartington Roads. Such measures have been included in other Liveable Neighbourhood schemes.

‘As you confirmed, officers are proposing to run a consultation in tandem with the implementation. This is simply not good enough: There is time to run a full consultation before September when key measures such as School Streets are set to be introduced. We are assured that the measures are temporary and can be modified. However, the council has little credibility in this matter and few residents accept the proposed measures in their current form. Shortage of funding is no excuse for introducing insensitive and heavy-handed measures when other equally effective options are available.

‘We would welcome a dialogue with you on how to improve the scheme and to that end we would be more than happy to organise a private, socially-distant visit to the ward so that you can gain a better idea of how the proposed measures would affect residents’ lives.’

See also: Under 30s are a car-free zone

Under 30s are a car-free zone