The section of Cycleway 9 which passes through Chiswick High Rd will be completed this week and open for cyclists to use on Friday 18 December.

The construction of the High Rd stretch of Cycleway 9 has been blamed for creating traffic chaos on the High Rd, but from here on in, things should settle down and the traffic flow should improve, says Transport for London.

UPDATE 16/12/2020 Transport for London was organising a Santa themed cycle ride along the route on Monday 21 December at 11.00am with London’s Walking and Cycling Commissioner, Will Norman, cycle campaigners, local councilors and families. This has now been cancelled since London has moved into Tier 3.

TfL acknowledges the problems the cycleway construction has caused

In a statement published by Transport for London, spokesman Fraser MacDonald said:

‘I want to say firstly that we acknowledge the temporary changes we have introduced to Chiswick High Road have caused some problems initially. The disruption to traffic flow in the local area has been caused by a combination of the construction of the temporary improvements, and some additional works being undertaken by Thames Water in the area. Work to build the temporary changes will be complete by 18 December.  We expect that when both our own works and the Thames Water works have completed, traffic flow will settle and improve’.

Cycleway 9, from Olympia to Brentford, was signed off by Transport for London and Hounslow Council in September 2019. TfL decided to go ahead with a temporary version as part of the Streetspace programme for improving the streets for pedestrians and cyclists this summer.

The combination of the works with roadworks by British Gas and Thames Water and the introduction of other traffic schemes by Hounslow and Ealing – the closure of Devonshire Rd and Turnham Green Terrace to through traffic and the closure of Fisher’s Lane to all vehicles except buses – has created chaos on the High Rd, resulting in resentment and fury from residents, many of whom opposed the Cycleway in the first place. 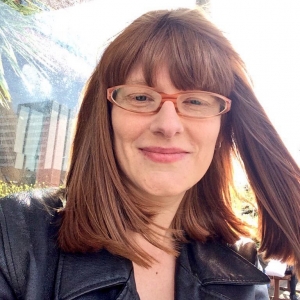 “It’s exciting that the temporary Cycleway 9 along Chiswick High Road is almost ready to open. This has long been a dangerous road to cycle on and the construction period has been frustrating for all road users.

“The segregated lane and new traffic lights should provide safety and peace of mind for residents and visitors who choose to cycle, and over time I hope it will encourage more to do so”.

Transport for London has made several changes to the temporary cycleway as a result of representations from residents.

‘Even though construction of the changes is still ongoing, we have already made some changes to the scheme in direct response to the issues you and other people have raised’ says Fraser MacDonald.  These are:

Perhaps the most controversial aspect of the new cycle lane is the way in which bus passengers have to cross the cycle lane to access a traffic island from which to board a bus.

‘We know some people are concerned about the changes we have made to bus stops on Chiswick High Road’ says Fraser MacDonald.

‘Specifically, we have introduced bus stop ‘bypasses’; these make it possible for us to provide a safe and continuous protected cycle track for people cycling. There’s more information about them on our website.  Some people have told us they are concerned about the safety of people using the new stops. Others have made clear they are disappointed that in some cases the bus shelter is some distance from the stop.

‘Bus stop ‘bypasses’ are in place in several locations across London, including Blackfriars Road, Stratford, Oval and Whitechapel, and were first introduced in 2014. Following their introduction we worked closely with organisations such as the Royal National Institute of Blind People, Guide Dogs, Transport for All, Age UK London, and the London Cycling Campaign to commission independent research to understand how people walking and cycling would interact with each other at these stops, and how disabled people would feel using them. This research helped us to refine and improve the design, for example by including mini-zebra crossings to make clear to people using the cycle lane that pedestrians have priority.

‘We provide shelters at bus stops wherever and whenever possible, including at bus stop ‘bypasses’. We are exploring as quickly as we can whether it might be possible to provide some form of shelter at the new bus stops temporarily. We will write to you again as soon as we have further information about that’.

Residents have also expressed concern about emergency vehicles getting stuck on the High Rd where there is now less space for vehicles.

‘We have already discussed the temporary changes we are making to Chiswick High Road with the emergency services, local councillors and at the Chiswick Area Forum’ says the TfL spokesman.

‘We know local people and other stakeholders want to speak to us directly about the temporary changes and we want to make that possible. We will write again shortly with further information about what steps we will take to enable local people to speak to us’.

While this email address remains open for comments: streetspacelondon@tfl.gov.uk, they do not respond to individual emails. Road users are referred to their Frequently Asked Questions section or the Customer Services department.

Do not fall for the fake puppy scam