It’s 20 years since the first meeting at which Kathleen Healy and then Councillor Paul Lynch sat round a table and discussed the ambitious, some might have thought unattainably idealistic proposition that the bit of rough ground at Dukes Meadows where people regularly fly tipped rubbish and burnt abandoned cars might become a well kept park and adventure playground. 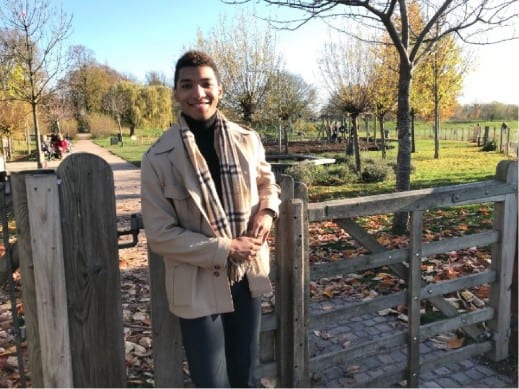 “They never dreamed we’d do it”

“The Council was quite patronising” says Kathleen, now Development Officer of the Dukes Meadows Trust. “They never thought we’d do it” she says. To be fair, it is a not inconsiderable achievement to have organised the local community into taking back the land (common land granted to the people by the Mason family), landscaping it, building an adventure playground, paddling pool and kiosk and maintaining it all on a voluntary basis, with only limited input from the Parks department. With the active encouragement of Riverside councillor Paul Lynch the group of volunteers started the Sunday Food Market within a year of that meeting and over the next 19 years the proceeds of the weekly farmers market have funded most of the rest of the development.

Children from the local primary school, Cavendish Primary, were drafted in to design the adventure playground. The zip wire – the ‘Flying Fox’ and slide were the brainchild of Dylan Carty, now 21, and his mate, both then in Year 5. “We wanted this elaborate system of tunnels as well” he says “but it just wasn’t practicable”. Dylan has just landed a job with global law firm DLA Piper, though at present he still lives with his mum and dad beside Dukes Meadows.

“It’s great to see it come so far” says Dylan, an old boy of Chiswick School, “it’s so drastically different. We spent so much time here hanging out”. He also helped out in the market and became the market manager before he went off to university at Exeter. 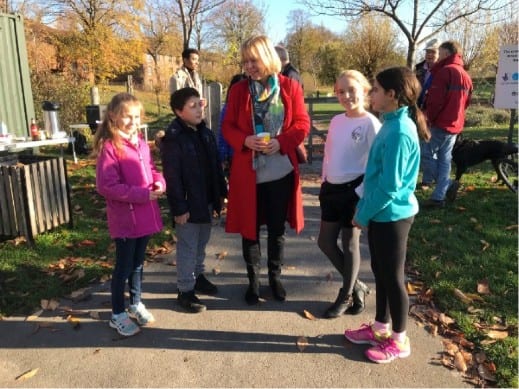 “It’s fantastic” says parent Mette Rodgers. “Our kids are now of an age they can go on their own to meet up and they spend hours and hours here”.

“The paddling pool was great when they were younger. It’s a safe place where they can play” says Gemma Daly.

The Trust still has links with the school. Just last week they were involving the children in a project about local industry. They had a go at wallpaper making and tried making chocolate as well.

“I once tried making a Cadbury’s creme egg” Ruth told the children. “It came out alright actually”. I should hope so. She is of course a scion of the great chocolate making family which makes some 500 million creme eggs a year.