Ealing council is consulting with residents over a second phase of Low Traffic Neighbourhoods (LTNs) which are planned for the borough.

A statement from the council says it is writing to all households within these proposed LTNs with details of the schemes, and how to get involved with the consultations. The consultations will last until Tuesday 23 March.

The results will ascertain whether or not three new trial LTNs will go ahead at at Creffield Road North, Creffield Road South (both Acton W3) and Hamilton Road (Ealing W5).

If residents approve of the measures, the council will then write to those living within the affected areas advance of any works taking place. This will provide residents with another chance to give feedback.

Approved LTNs will enter a trial period of six months. If ‘significant problems’ arise during said trial period, then the scheme could be scrapped entirely.

Low Traffic Neighbourhoods are designed to reduce the number of car journeys to create safer neighbourhoods. This is to encourage more people to walk and cycle and prevent unnecessary car journeys.

Image above: residents protest outside Ealing Town Hall after the introduction of phase one of the LTN schemes – September 2020

One of the major criticisms the council received during the first phase of the LTN rollout was the lack of consultation with local people.

In September 2020 hundreds of protesters gathered outside Ealing Town Hall. Many carried banners and placards objecting to the council’s introduction of traffic restrictions, which were implemented without any prior consultation. The protests were covered by national news outlets.

Critics said the measures led to increased to congestion on nearby main roads and could prevent emergency services vehicles from getting to their destinations.

The leader of Ealing council, Councillor Julian Bell, survived a motion of no confidence by a single vote in October 2020. This was following the revelation that the council had failed to consult with London Ambulance Service before phase one of the LTNs were imposed.

This time around, the council is actively encouraging residents to contribute their thoughts on the proposed changes. 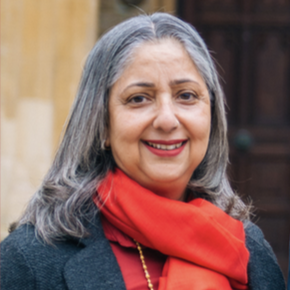 “We are launching consultation on a second phase of active travel schemes to allow residents to have their say prior to implementation.

“We are pleased the government has decided to give councils more time to consult on schemes before the implementation in phase two and feedback from local people will help us shape these projects going forward before any final decisions on the schemes are made.

“We need to take the pressure off the public transport system, which is running at lower capacity, as part of our ongoing response to the COVID-19 pandemic. There is, of course also, a greater risk to health of travelling in an enclosed space.

“But, if those people who previously made their journeys on public transport now decided to jump in their cars instead, we’re going to exacerbate the air quality problems that we’ve already had for many years. Nearly 10,000 people were dying prematurely in London because of poor air quality.

“We are fully aware that local people have strong opinions on schemes such as LTNs, both for and against, which is why it remains vital that everyone has their say throughout the consultation and trial periods.”

There are currently nine LTNs being tried out in Ealing. Have your say on by following the link below:

To subscribe to the weekly newsletter, go here. It entitles you also to a Chiswick Calendar Club Card, which entitles you to all manner of deals and discounts within Chiswick.