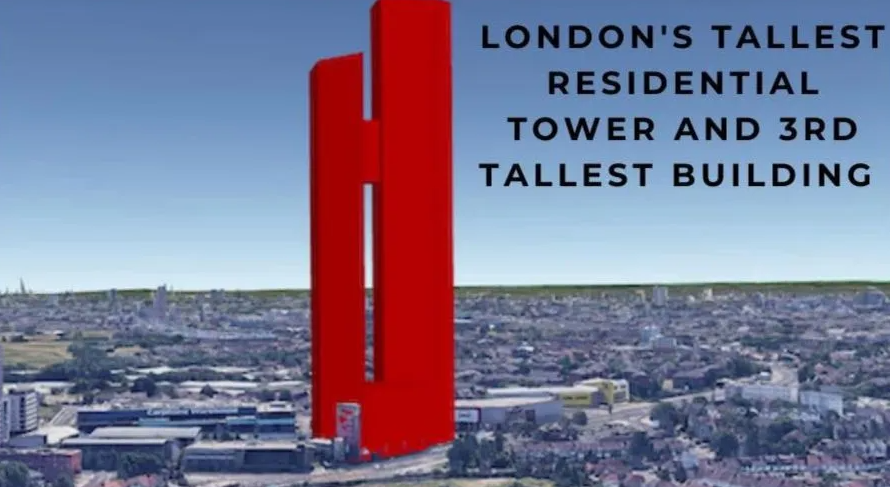 Image above: 25 storey ‘monster tower’ next to the Bollo Lane railway crossing in Chiswick

LB Ealing has promised to stop the “spread of skyscrapers”, issuing new guidance to developers stressing the need for more affordable housing and more sustainable buildings.

It defines tall building as “those that are substantially taller than their neighbours and/or which significantly change the skyline”.

Local residents have campaigned for the past few years against developments the Council has sanctioned which overshadow their homes. The Planning Committee approved an application by developers to build ten towers, including one which is 25-storeys high, in South Acton in January 2021.

The ‘monster tower’ development on Bollo Lane was approved by ten votes to three, despite more than 600 residents objecting. The 25 storey block will be by far the tallest in the Chiswick area.

Image above: CGI of the entrance at 93 Bollo Lane (Picture credit: Alistair Downie)

A planning application for more tower blocks on Bollo Lane was submitted in August 2021. Local residents reacted against the application, saying it was:

‘yet another high-rise crammed into an over-developed part of Ealing’ and would ‘significantly [impact] on the privacy of houses in the area’. Others said there was ‘bound to be more traffic along Bollo Lane’ the development were to be built, which would threaten to create a ‘vastly over-crowded road.’

In today’s statement, the Council acknowledged the borough has seen a larger number of tall buildings being proposed by private developers outside of designated areas for growth over the past few years.

They would continue to consider buildings of  an “exemplar standard of design” if they were deemed appropriate.

LB Ealing has also set out new local planning policy guidance that sets out the character of each of Ealing’s seven towns, which introduces a new housing design guide to encourage good-quality and sustainable buildings.

The Ealing Character Study and Housing Design Guide contains “generic design principles” that will be applied to the consideration of tall buildings by the Council, including the visual impact on views, the integration with neighbourhoods and the effects on the microclimate.

“In making this statement, we are making it abundantly clear to both developers and planners alike what our expectations are going forward.” 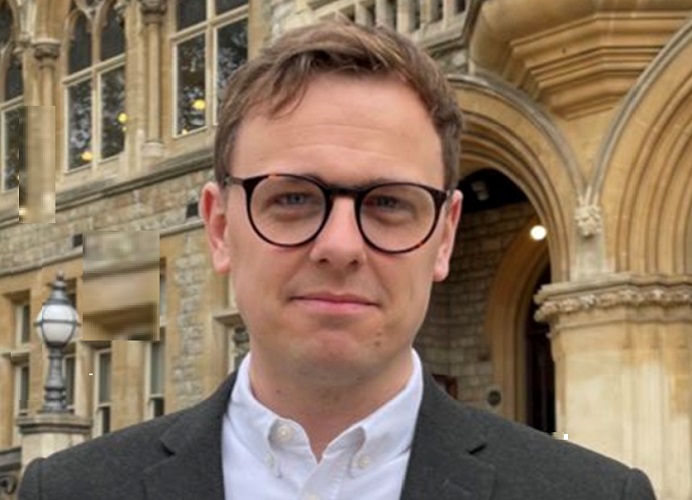 The Council is balancing opposition to tower blocks with the needs of those on its waiting list for housing, which currently stands at 11,000. Leader of Ealing Council Peter Mason said:

“We do not want to see the spread of skyscrapers in Ealing. London has an affordable homes crisis and a climate emergency, and we will not solve either with ever more luxury apartments in the sky.

Last year Cllr Mason announced a new approach to development which he said would put community led development in the driving seat of regeneration:

“COVID-19 has changed the way we live and work forever. We’ve spent more time in our local areas than ever before; more of us are working from home and lots of us either want to keep it that way or to work more locally and flexibly. People are feeling more invested in the future of their neighbourhoods than ever before.

“Many people don’t feel in control of the areas they live in, and I want to change that. From now on, communities will be in the driving seat when it comes to regeneration in Ealing. Local communities need to lead the process of changing our borough, not developers.” 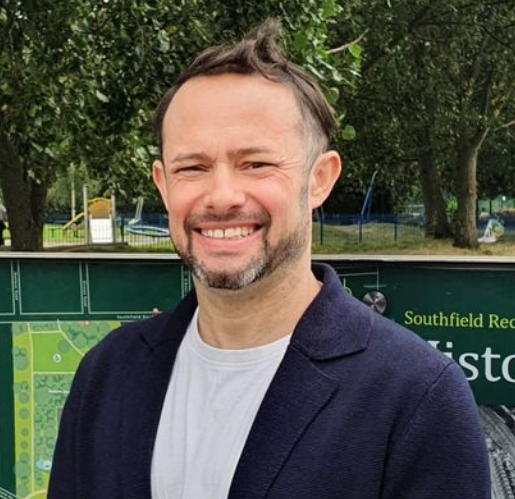 Gary Malcolm, Leader of the Liberal Democrats on Ealing Council and a councillor for Southfield ward, told The Chiswick Calendar he welcomed the move but the Local Plan would need to be consulted on and agreed, a process which would take several months, so at the moment the Council’s policy merely amounted to posturing.

“Over the past five to eight years the Council has agreed lots of tower blocks in Chiswick and Acton which will change the face of the area. It’s true that Government legislation makes some of these hard to turn down, but where the Council has failed is that is has not had a very strong Local Plan.

“Any developer who puts in an application who meets basic building requirements pretty much gets rubber stamped. It’s a bit late in the day for them to be doing this because they have not been turning down buildings which are inappropriate.

“When you update the Local Plan there’s a process you have to go through of consulting with residents, councillors, residents associations and organisations in the area, which can take months.

“My fear is that with every month that goes by while the new Local Plan is being discussed, more developers will put in plans and the trouble is, the Council is obliged to give them a decision, to accept or reject it within a certain time frame.

“I was saying ten years ago we ought to have a stronger Local Plan.”