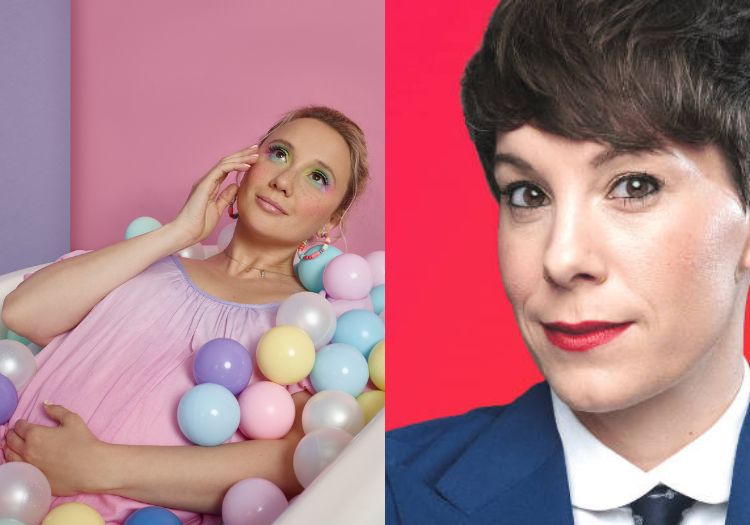 Jenny Bede: The First Pregnant Woman in the World (work in progress)

Jenny’s last Edinburgh show, Jenny Bede: The Musical was one of the top 25 best reviewed comedy shows at the festival.  She went on to perform it in Los Angeles, at the New York Comedy Festival and London’s Soho Theatre.

You won’t have had children yet, as Jenny is the first person to ever go through this particular ordeal, but you might be keen to learn a little something about this incredible new process called pregnancy from award-winning musical comedian and future nation’s sweetheart, Jenny Bede.

Jenny will navigate the entire gamut of human emotions, from despair all the way through to despair, as she jokes, sings and (at last, justifiably) Mum-dances her experience to life in this new hour.

Suzi’s last show was a complete sell out, got heaps of great reviews and was recommended by the British Comedy Guide, The Guardian, The Scotsman and Sunday Times.

It’s important to remember that this is an early preview so might be a bit all over the shop but there will be moments you really enjoy!

As seen on Live At The Apollo, The Last Leg and many more .