Image above: Eric Ravilious’ painting Two Women in a Garden

Some of Chiswick’s cultural organisations have got together to launch the Explore Chiswick initiative. They are encouraging people to learn about the area’s heritage by following local arts and history trails highlighting the rich artistic and literary history of the area.

The trails include one of artists who have lived in Chiswick, one of writers, one about the history of Chiswick House and Gardens and a Georgian history trail. They are available to download on mobiles and computers, if you’d rather stay at home, or if you are taking your daily exercise, then you can follow them on foot.

“There are several inspiring and informative arts trails in Chiswick. We hope they will cheer Chiswick up and help improve people’s mental and physical well-being, whether shielding or taking daily exercise within Government guidelines.”

Perhaps skip some of the locations on the maps that are by the riverside and come back to them at a later date!

In January 2017 Karen Liebreich and Sarah Cruz of Abundance London unveiled the Chiswick Timeline, a mural on the railway bridge beside Turnham Green tube station showing maps from different periods of Chiswick’s history and art works by some of its famous artists.

At the same time they launched a map of 19 sites of artistic interest, including Johan Zoffany’s house at Strand on the Green, Eric Ravilious’ house at Chiswick Mall and Camille Pissarro’s house on Bath Rd. Their homes are private houses, so you can’t go inside, but it’s still interesting to see where they lived.

Download the map for the Chiswick Timeline Art Trail here.

Inspired by the Chiswick Timeline initiative, Torin Douglas, Director of the Chiswick Book Festival, took up the cause and started researching Chiswick’s literary history. Chiswick can lay claim to two winners of the Nobel Prize for Literature (and one nominee) plus one Booker Prize winner, three Oscar winners (and two nominees), a Poet Laureate and several writers who merit blue plaques. All of which prompted the Observer to comment: Chiswick may be the UK’s most literary location.

The Writers trail takes in Nancy Mitford’s house at Strand on the Green, the flat where Harold Pinter wrote The Caretaker and the home of EM Forster, author of A Passage to India, A Room with a View and Howard’s End. There are 21 locations on the trail, all over Chiswick.

Chiswick House & Gardens Trust has produced an interactive map and visitor guide to the eighteenth century Palladian villa and its grounds.

Its creator the 3rd Earl of Burlington was a great patron of the arts in the 18th century.

‘His salon at Chiswick included not only William Kent, the father of the English landscape garden but such luminaries as Alexander Pope, Isaac Ware, John Gay and the musician Handel.

‘Leader of fashion and political activist for the Whig party, Georgiana Duchess of Devonshire referred to her home at Chiswick House as ‘my earthly paradise’. Her parties and political breakfasts at Chiswick were renowned’.

“At Chiswick House we are committed to keeping the Gardens open, as they’re essential to everyone’s mental and physical wellbeing. We were thrilled to be awarded £308,000 from the Government’s Culture Recovery Fund, which will help us support the needs of local schools and communities – and we hope people will enjoy finding out more about our cultural heritage.”

Image above: Detail from John Rocque’s Map of London and Environs, surveyed 1741-45

“Our Georgian trail helps you step back into 18th century Chiswick and links Hogarth’s House and Chiswick House. It was a pleasing joint project between our Trust, Chiswick House & Gardens Trust and the Brentford & Chiswick Local History Society, funded by the John & Ruth Howard Trust and Hounslow Council. Try it out – and see a place you thought you knew through fresh eyes!”

A series of talks on Chiswick’s cultural history

The campaign leads into a series of online talks on Thames Luminaries, starting on 27 January with Val Bott’s presentation: ‘Within the garden walls at Hogarth’s House’. On 29 January , Dr Marion Harney will speak about ‘Alexander Pope: the poet and poetic landscape’; and on 3 February the topic is ‘Chiswick House, William Kent, and the birth of the English Landscape Movement‘ with John Watkins. The ten talks are in aid of the Pope’s Grotto Preservation Trust and can be booked here:

‘Faith and the arts go together’ 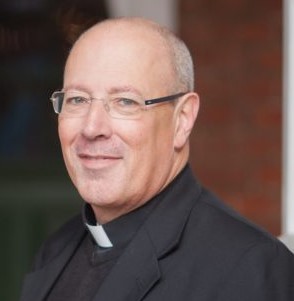 The Explore Chiswick initiavite has been brought together by St Michael & All Angels Church, which runs the Chiswick Book Festival, the Bedford Park Festival and other community arts activities.

“At St Michael’s we believe faith and the arts go together, to inspire people, lift their spirits and engender conversations with people across a wide range of backgrounds and beliefs. Bedford Park, the first garden suburb, was inspired by the Aesthetic Movement of the 1870s and has long been a centre for artists, architects and writers.”

See also: All you might want to know about Covid in our area – Kelly O’Neill

Train services to be reduced to 72% of pre-pandemic levels

Car swept into the river at Chiswick Mall
Scroll to top