The ban on traffic through Fisher’s Lane in Chiswick is to stay after Ealing Council’s Overview and Scrutiny committee refused to refer the traffic restrictions back to Cabinet for reconsideration.

Chiswick’s Liberal Democrat councillors representing Southfield ward, under which Fisher’s Lane comes, brought the issue to the committee, hoping to get the traffic restrictions removed.

The deputy leader of Ealing Council Deirdre Costigan made a stinging attack on them, and particularly their leader Cllr Gary Malcolm, for what she described as the councillors’ “hypocrisy”.

“I think, just finally, I want to say – I think there’s a real feeling in Southfield ward that people are getting very tired of the hypocrisy of the local Lib Dems councillors. They are all talk when it comes to climate action and the climate emergency … We all know it is time to act and yet any time we come up with any proposals that might make a difference, they are against them and I have to say I’ve talked to so many residents now in Southfield who’ve had enough.

“I think it will be very interesting to see the results of next year’s local elections, because you have been unmasked finally. You’ve had to put your money where your mouth is and it turns out there’s nothing behind your talk – it’s just empty and you’re actually the same as the Tories. You’re just against everything we’ve tried to do to make a difference for planet and to combat the climate emergency.”

Dr Ed Seaton, a Southfield resident who has been lobbying to keep Fisher’s Lane traffic free, said Ms Costigan’s remarks reflected how quite a number of former Lib Dem supporters felt let down by their stance. The Lib Dem councillors have been organising surveys and petitions and lobbying actively against the restrictions.

Dr Seaton told The Chiswick Calendar he was pleased that the Scrutiny committee had upheld Ealing Cabinet’s decision today.

“We’ve been overwhelmed by support for the Keep Fishers Calm campaign having leafletted about 4,000 houses” he said.

“I’m absolutely delighted that Fishers Lane is staying calm. It has totally transformed an area that runs through parks and next to a playground and the sports centre.

“Before the changes there were often over 600 cars an hour using this narrow gap, which once was a Roman road. Now for the first time Chiswick has a safe quiet north-south way to walk and cycle that links the High Road, with Bedford Park and Acton. It was such a great positive campaign by local people”.

‘No traffic jams on this street ever again’

Other supporters took to social media to praise the decision, including Clover Summers, who posted this image of her son with the comment:

‘Acton Green playground to the Sainsburys fruit stall, all under his own steam on calm roads’.

‘Time to face the fact that this little lane wasn’t actually designed for cars! And in the last decade, not only have cars become wider & longer, but there are now also many delivery vans on the roads. A narrow route which jams easily isn’t the solution for local traffic issues’.

‘This scheme is to be made permanent. No cars can go through #FishersLane in #LondonW4 any more. And that is fantastic news if you care about the safety of kids on bikes, general pollution levels, pedestrian safety, congestion. No traffic jams in this street ever again’.

Liberal Democrats stand by their record on Climate Change 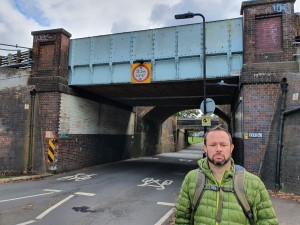 “In terms of other environmental things, we have supported all 12 of the ‘Safer Schools’ schemes the Council has introduced and some of those have involved road closures.

“We’ve stated very clearly two points about the huge developments which are going up.

“Most buildings are not carbon neutral. For every unit created five trees shoudl be planted to redress the balance. 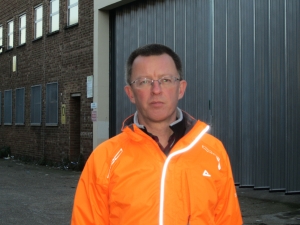 “The Council charges developers £90 per ton for every development made. W say it should be £300 per ton, which would enable the buildings to be carbon neutral”.

Cllr Andrew Steed told The Chiswick Calendar:
“One of the most important roles of an opposition Councillor, is to question and scrutinise the actions of the Council.

“When those actions are opposed by over 80% of residents who live in the ward I represent, I think it reasonable to voice their concerns.

“When Labour eventually responded to the concerns of residents in other parts of the Borough over LTNs, they replace their Council Leader, perform an enormous u-turn and call it ‘listening’.

“When Council plans are presented with little supporting evidence, it is right that they are questioned.

“If the Council wish to close a re-cycling centre and sell the site for £1.2m it is fair to point out that this will lead to greater fly-tipping and will discourage recycling. If Council Portfolio Holders provide conflicting reasons for their policies, Liberal Democrat Councillors will highlight those contradictions.

“Over the years my colleagues in Southfield have used ward forum budgets to install bike sheds, extend the cycle parking at Turnham Green and contribute towards cycle training at Southfield Primary School. It was a Liberal Democrat motion that was passed at Full Council that highlighted the Climate Emergency. It is Liberal Democrats who have consistently opposed Heathrow expansion”.