A meeting of Ealing Council on Wednesday evening (22 September) has ratified a recommendation to make the traffic restrictions on Fisher’s Lane Permanent.

The meeting also confirmed the scrapping of six Low Traffic Neighbourhoods (LTNs) in the borough. The report presented to the Council argued that making the restrictions permanent benefits both cyclists and pedestrians in the area and that the closure has brought traffic levels down to those permitted by TfL for unsegregated cycle routes.

Cycle counts were done on Fisher’s Lane before and after the closure of the road to general motor traffic, showing an increase in cycling of 140% between November 2019 and September 2020. Further counts and surveys will be done this autumn.

The report claimed that opposition to the scheme was mainly triggered by the initial disruption when it was launched and the effect of the closure of Turnham Green, which has now been reopened. It concluded:

“It is considered that the benefits of the scheme for both cyclists and pedestrians outweigh the initial opposition.” 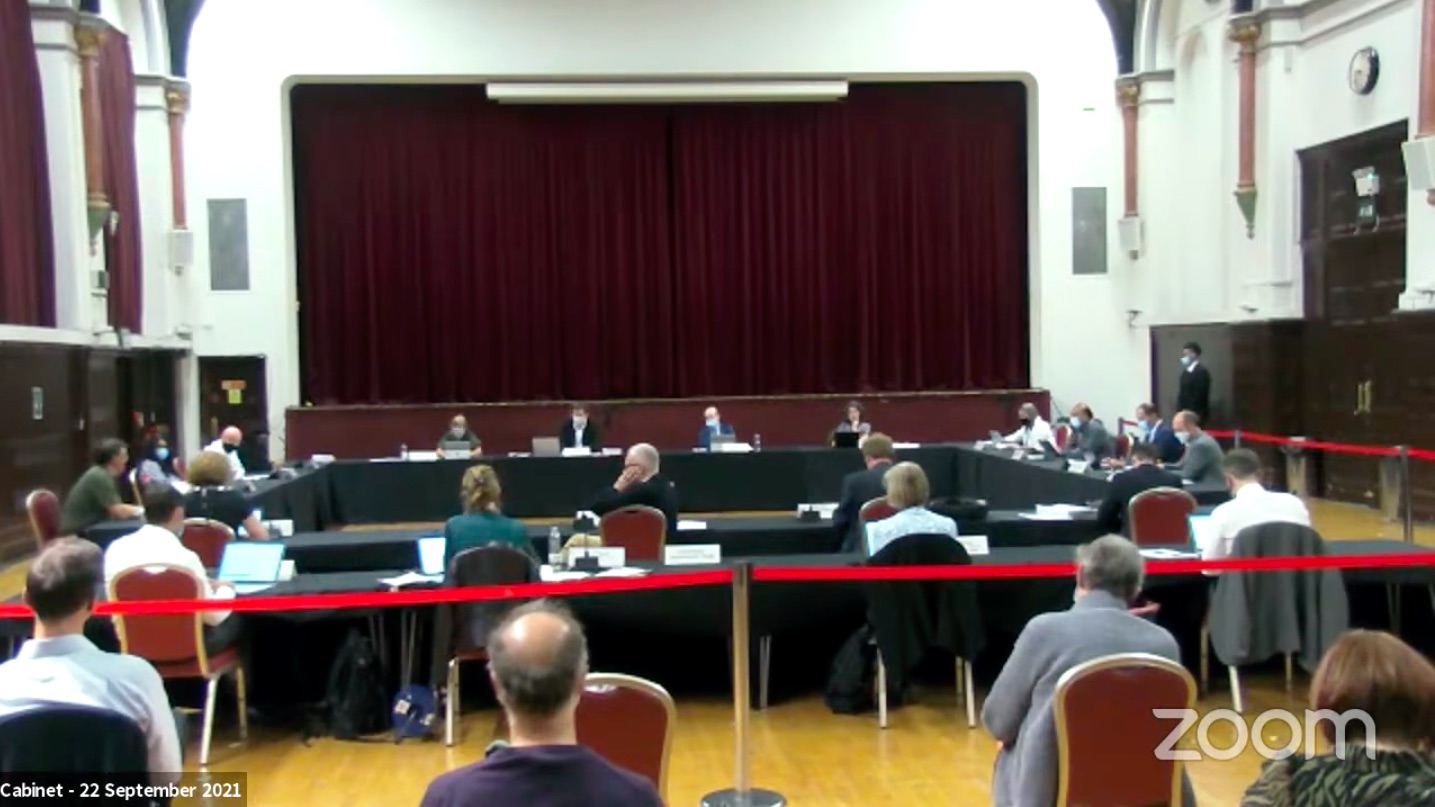 Prior to the meeting three Chiswick councillrs (Conservative) – Ranjit Gill, Joanna Biddolph and Ron Mushiso – had written to Ealing Council leaders asking them to reopen the lane. They argued that residents in the Southfield ward were experiencing higher levels of traffic than usual due to the closure.

In a recent Facebook post, the OneChiswick group, who are opposed to most traffic restrictions in Chiswick, said:

‘We will continue to campaign for [Fisher’s Lane] to be reopened as it is an essential route for so many and it is used so little at present causing heavy and polluting traffic along South Parade.’

However, supporters of the closure have been posting images of South Parade virtually empty at morning and evening rush hour, suggesting that drivers may have decided to take other routes or other transport alternatives.

The head teacher of Belmont Primary School, Elaine Lacey, wrote a letter in support of the initaitve and Chiswick School also received letters from parents in support of the  Lane changes, saying it makes their children’s journey to school by bike much safer.

A further consultation will now be held on the Fisher’s Lane restrictions, lasting 21 days, before a fixed Traffic Order is Issued. The Fisher’s Lane closure is a joint scheme with Hounslow Council and Hounslow’s approval is needed before a permanent traffic order can be obtained.

Detailed design of the scheme will take place in November with implementation of the permanent scheme planned for December.

See also: LB Hounslow asked to rethink decision on access to Grove Park from A316