I’ve never seen rain like this in West London in the 15 odd years I’ve been here #chiswick #acton pic.twitter.com/Gva0INaqj7

BBC reporter Dougal Shaw’s video captures the flood underneath the railway bridge, where one driver had to abandon their car.

Monday’s downpour caused flash floods all over London, as steps were turned into waterfalls and puddles into lakes. Many roads and railways across the West London area have become inaccessible and several businesses have had to shut their doors as a result of the damage.

There was flooding in Hammersmith and Barnes, where one resident reported water pouring out of their toilet as sewers backed up.

Chiswick and Acton have seen significant disruption, with several transport links forced to suspend their services.

The district line has been severely disrupted in the area- trains between Turnham Green to Richmond have been suspended due to extensive flooding at Gunnersbury station. 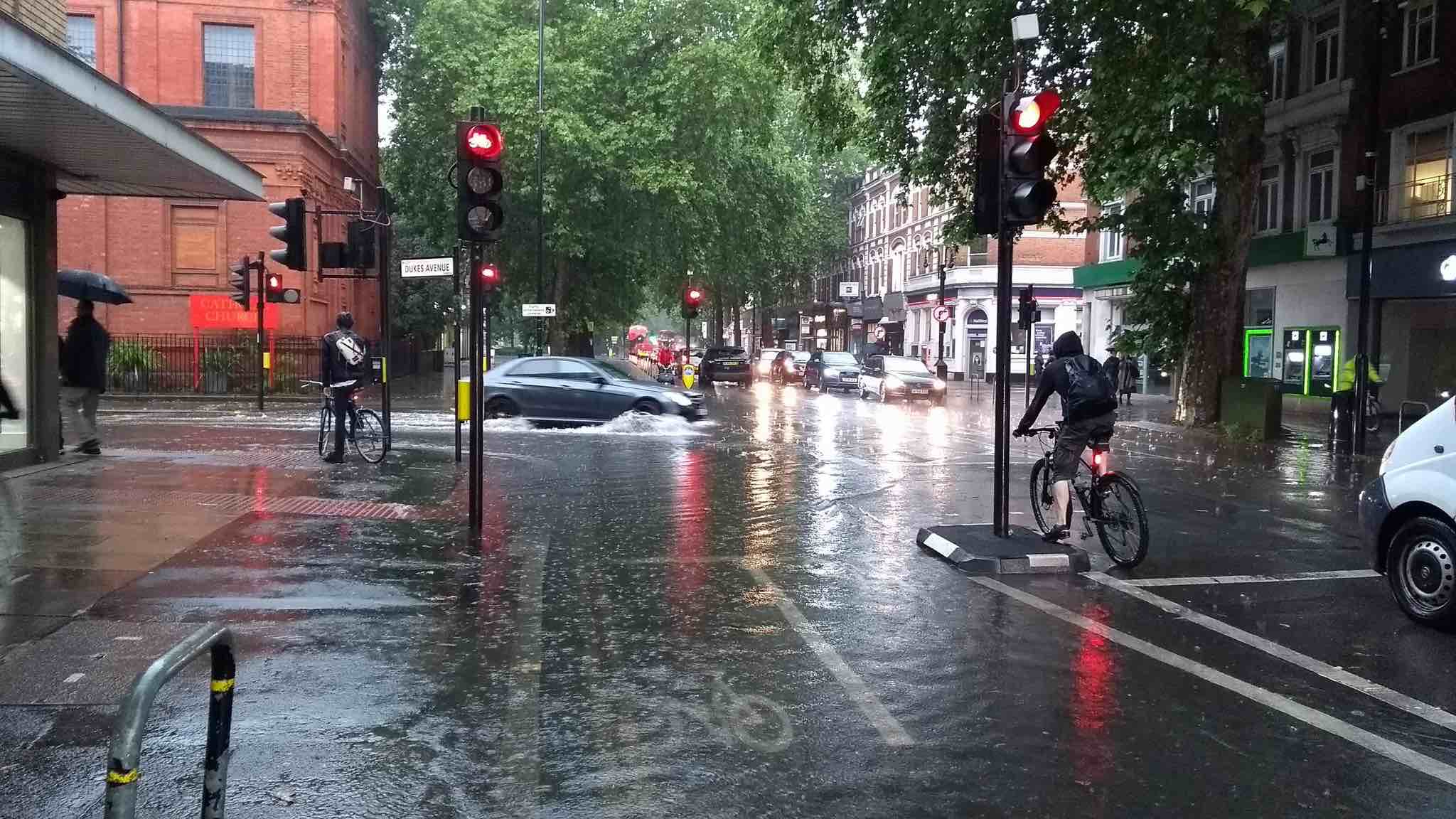 The Crown and Megan’s closed

Two local restaurants, The Crown and Megan’s Cafe have been forced to close temporarily due to significant water damage.

Taking to social media, The Crown said: ‘Due to last night’s torrential rain, we have been forced to close our doors for today.’ The pub’s general manager, Victoria, told the Chiswick Calendar that the building had suffered ‘extensive damage’ and that they ‘are working with the insurers to get opened as soon as possible’.

Also affected was Megan’s, a new cafe on the former site Le Pain Quotidien. According to a spokesman, the basement has been heavily flooded which has left much of the basement and downstairs facilities inaccessible.

See also: TfL and Houslow claim Cycleway 9 is a success

Meet the Makers – Lost in Scent