Based in the heart of Chiswick, ArtsEd has been setting the world alight with extraordinary talent for almost 100 years.

How did it all begin?

Established 100 years ago, ArtsEd originated from two schools, founded by Grace Cone and Olive Ripman, educational pioneers who believed in the value of combining a general academic education with a specialised training in dance, drama, music and art.

Dame Alicia Markova and Sir Anton Dolin drew almost exclusively on ArtsEd students to help them create their revolutionary company the London Festival Ballet in the 1950’s – which went on to become the English National Ballet.

Prima ballerina Dame Beryl Grey became Director of the Schools in the 1960s and ArtsEd continued to innovate, introducing both professional acting and musical theatre courses before many of their competitors.

In 2007, Andrew Lloyd Webber (featured pictured above with ArtsEd student Mollie Melia-Redgrave) became President and remains so to this day.

The Stars who paved the way….

Over the last 100 years, ArtsEd has produced some of the most exciting talent of our time. Miss Marple star, Angela Lansbury attended ArtsEd, during its tenure in Baker Street in 1939. She sent a handwritten note (pictured) saying: “Everything I learned in those early years of my life paid off and prepared me for life in the dramatic arts.” 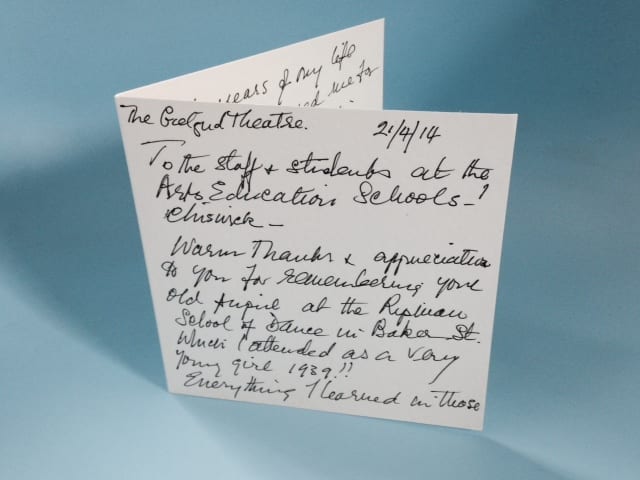 A card from Angela Lansbury to staff and students at ArtsEd

Since then, performers of great promise have continued to hone their talents. Most recently, BA Acting alumna Lashana Lynch won the Capri Hollywood award for Breakout Actress of 2018, and will be in the upcoming film, Captain Marvel. Last year, 2018 BA Acting graduates, Islam Bouakkaz and Thaddea Graham broke into the industry in an exciting new Netflix series, The Letter for the King, which will be released later this year.

Meanwhile, BA Musical Theatre alumna, Miriam-Teak Lee, won The Stage Debut Award for her first professional performance in 2017, followed by a year in the West End musical, Hamilton, prior to her next big adventure, the titular role in the brand new musical, Juliet, where she will be joined by another ArtsEd alumnus, Oliver Tompsett.

In addition, ArtsEd Day School and Sixth Form produces bright young talent across all the disciplines. Thomas Dennis is currently playing the lead in National Theatre’s War Horse, and stars in Les Misérables both on and off screen, and Samantha Barks, is now starring in Pretty Woman on Broadway.

ArtsEd provides world-class, contemporary training that is focused on the constantly evolving needs of the performing arts in the 21st century. It is unique in combining a performing arts secondary school, degree provision in Musical Theatre and Acting and a broad range of evening, weekend and holiday courses. Read more about what the schools have to offer.

It is expanding and refurbishing their Chiswick home so both ArtsEd students and the wider community can benefit from world class facilities. Look out for their expanded programme of evening and weekend courses. Arts Ed offers a discount to Club Card members signing up for part time and holiday courses.

You can support ArtsEd by attending courses, going to see a show or becoming a Friend.
What’s On
Become a Friend 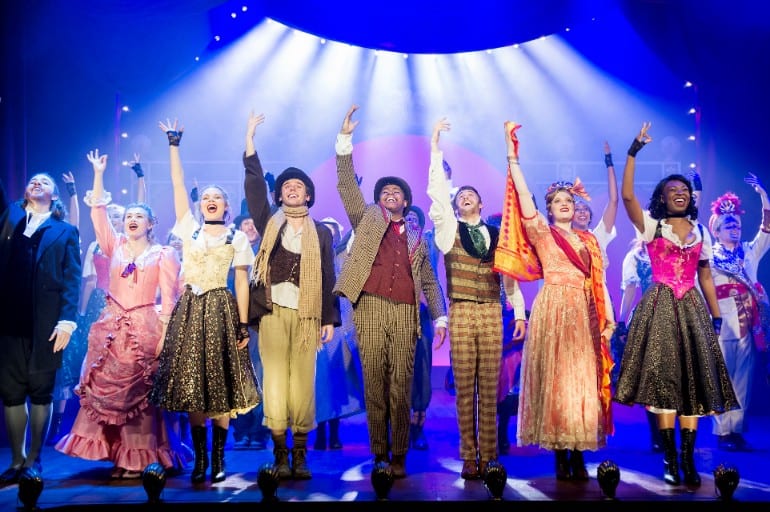 See also: Stars of the Arts Ed – Arts Ed’s most successful artists in 2019

Stars of the ArtsEd
Scroll to top