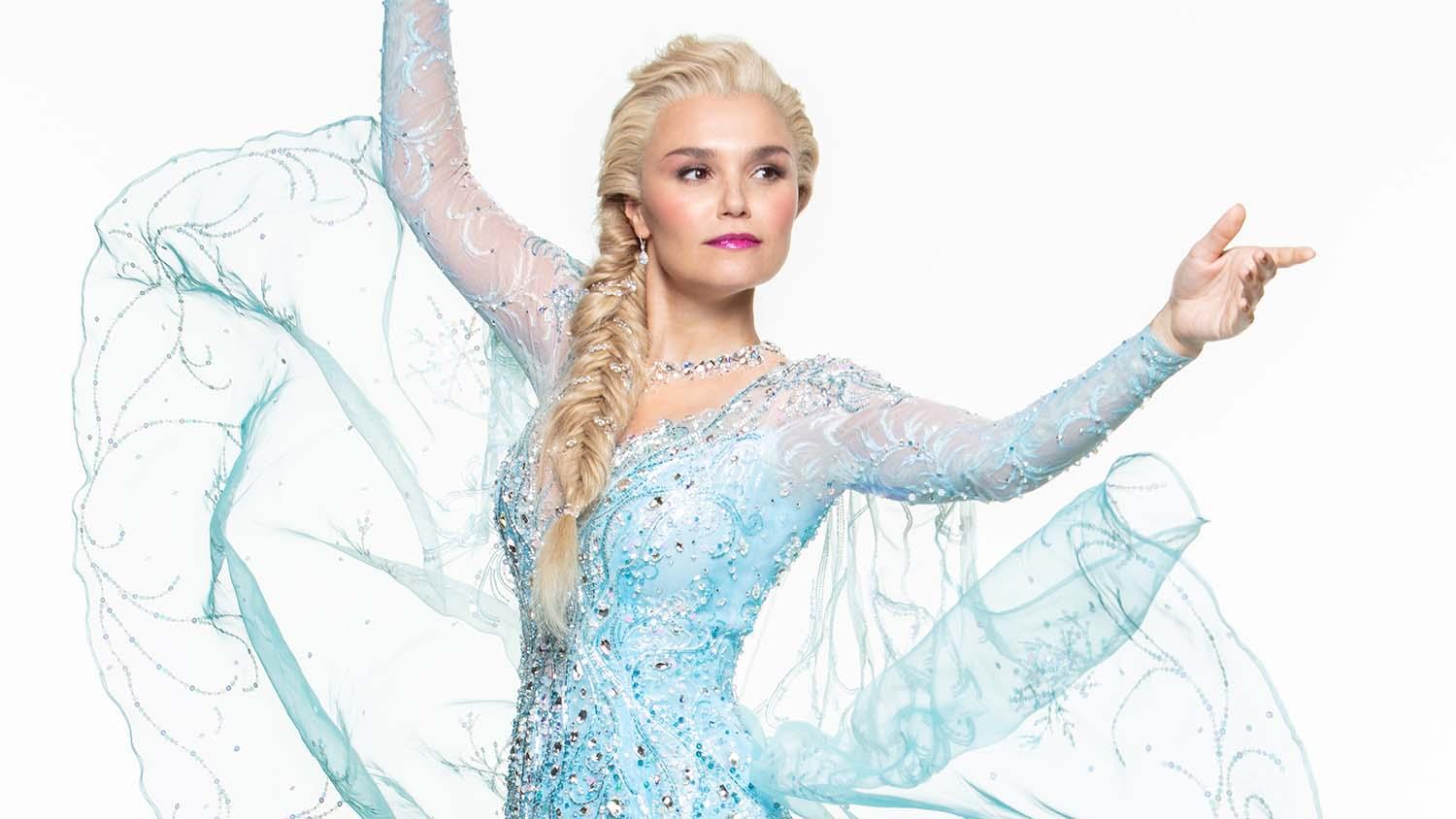 Image above: Frozen at the Theatre Royal, Drury Lane

On a chilly winter afternoon, Frozen was a sure-fire way of bringing warmth and Disney joy to the newly refurbished Theatre Royal, Drury Lane. In a long overdue West End debut, after being delayed for a year because of the Covid 19 pandemic, Frozen is a wonderful, fantastical escape certain to thaw the hearts of even the most cynical. If anyone on the planet missed the movie, it tells a tale of the bond between two sisters, Elsa and Anna, being broken by Elsa’s magical icy gifts.

Frozen is set in the wild northern kingdom of Arendelle, brought mesmerizingly to life on stage by Scenic and Costume Designer Christopher Oram. Elsa hides away from the rest of the world in a room in the palace, having almost killed her sister accidentally because she couldn’t control her powers. However, when their parents the King and Queen of Arendelle perish at sea, Elsa is next in line to inherit the throne and is forced to open the gates of the palace for her coronation.

Struggling to get the better of her magic powers, Elsa, played to perfection by Samantha Barks, loses control spectacularly at her coronation and freezes the entire kingdom.

As she flees, accompanied by Frozen‘s most famous song, Let It Go, her transformation into the ice queen she becomes is a moment of pure Disney magic. It left this audience unable to contain whoops of delight. Adults and children gasped in wonderment, to Christopher Oram’s credit.

Elsa takes up residence in her chillingly lonely new home and the creation of the Ice Palace closes the first half of the show. 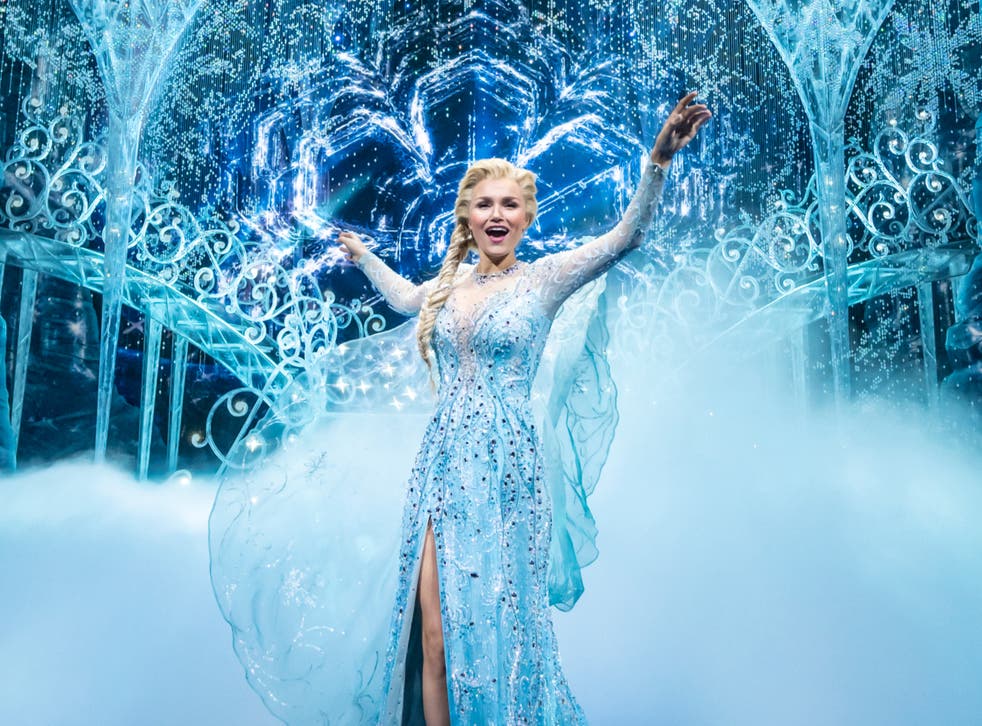 On the far side of Arendelle, bubbly Stephanie McKeony’s Anna gives us the perfect foil to self-tortured Elsa with a joy and zest for life that is truly infectious. Her chemistry with the entire cast, especially with her sister, a reindeer loving ice salesman and eventual love interest Kristoff, (Obioma Ugoala), and even the villainous Hans (Oliver Ormson) binds the show together. She becomes the main character and the force of her personality galvanises the show.

Ugoala, fresh from his stint as the original West End George Washington in Hamilton, uses his wonderfully deep and soulful voice to show the inner depths of his feelings for Anna.

The other star is the brilliant Craig Gallivan, who provides the comic delight of Olaf the Snowman with such joyful innocence and wacky humour that he has the audience in the palm of his hand, or rather his twigs, as he is a snowman.

Image above: Obioma Ugoala as Kristoff with Stephanie McKeony as Anna; Craig Gallivan as Olaf the Snowman

Along with all the favourites from the movie, Let It Go, Do You Want to Build a Snowman? and For The First Time in Forever, there are new songs specially written for this production. The standout new tracks include a sweet song for Young Anna and Young Elsa, A Little Bit of You, the surreal opener to the second half called Hygge and Elsa’s emotional second half number, Monster, where she reflects whether she can ever truly be free of her actions. The song  is a perfect bookend to Let It Go.

It is, of course, particularly popular with young girls and there were many girls in the audience in Elsa dresses. We overheard two little girls’ commentary – a serious analysis of the characterisation with credulous comments such as “I don’t know if he can be trusted” on Hans, the villain and appreciation of Olaf’s humour.

Images above: Samantha Barks as Elsa and Stephanie McKeony as Anna

It’s clear how Frozen has captured a generation, in the same way The Lion King or The Little Mermaid did their parents. Please note that the theatre has changed its policy since the production opened, so now children under four years old will not be permitted.

Frozen the Musical is the perfect frosting on the cake for any fans of the movie, and even for their parents, but even if you have never seen the film or were trying to escape the earworm Let it Go, if you love musicals, you will love this outstanding production.

Frozen: The Musical is running at the Theatre Royal, Drury Lane and is now booking through to 26 June 2022