It’s 300 years since 3rd earl of Burlington, Richard Boyle, put Chiswick on the map, making it a destination for tourists from Britain and abroad.

The pièce de résistance was to be the villa built in the style of Renaissance architect Andrea Palladio, which he built between 1727 and 1729 and which we now know as Chiswick House. Tourists came from all over to see the gardens, with their sculptures and buildings, and the collection of paintings which he kept on show at the villa.

Garden historian David Jacques has written a book about the history of Chiswick House: Chiswick House Gardens: 300 years of creation and recreation, in which he describes the fulfilment of Lord Burlington’s vision and the way in which the Gardens have been recreated several times over since then.

Dr Jacques is well placed to write the history, having been a consultant on the restoration of the gardens, an Inspector for English Heritage and finally a member of the Chiswick House and Gardens Trust for many years. 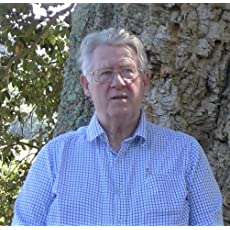 A landscape architect and planner by profession, his lifelong passion has been historic gardens. His first professional involvement with Chiswick House Gardens was in 1982 when he was asked to carry out historical surveys on them for the Department of Environment. His findings have been “recycled and recirculated” he says, and he has been at the forefront of the restoration of Chiswick House Grounds ever since.

David was one of the committee who established the Chiswick House Trust, a registered charity set up jointly by English Heritage and the London Borough of Hounslow in April 2005 in order to integrate the management of Chiswick House and Gardens.

He was also one of those responsible for applying for Lottery funding in 2006 to assist in the restoration of the Grade I listed Gardens. The Trust was awarded £8.1m and has received subsequent Lottery Fund grants, including £85,000 in 2018 to strengthen the Trust and build the capacity of its staff and volunteers to better manage the heritage of Chiswick House & Gardens in the long term.

His book Chiswick House Gardens will be his fifth, but for him it is the most important.

“I’ve had a long and varied career as an academic and consultant but I keep coming back to Chiswick. Because I’ve worked on it for so long it’s become like a dear old friend”.

As a garden historian David has published four previous books: Georgian Gardens, The Gardens of William and Mary, The Career of Christopher Tunnard  and Gardens of Court and Country

His life’s work Chiswick House Gardens, which contains original research from the Dukes of Devonshire’s family library at Chatsworth House, was to have been published by Historic England, but then their publication branch was axed. He is now raising funds himself through a GoFundMe page, without which he won’t be able to publish the book.

“The book will be published by a non-profit academic press (Liverpool University Press) which likes to ensure that its costs are covered, and so seeks pre-publication commitments” he says.

“Every donor of £30 will receive a copy and be thanked within the book (rrp £40). And by me now. I hope you can help get this project moving on towards publication later this year”.

Image above: A view of the rear garden by John Donowell 1753

The book has four parts to it. The first looks at Richard Boyle’s vision and how he set about realising it. The second describes the period of Georgiana, Duchess of Devonshire, the great party giver, who ran Chiswick House with her husband William, 5th Duke of Devonshire in the late 18th century. There is a great deal of interest to be said about her, but garden-wise she is interesting because she oversaw the installation of a very early rosary – perhaps the first English rose garden since the Tudors.

Part three deals with the first serious attempt at garden restoration by the Ministry of Works in the 1950s: “a huge test case in its day” says David. Part four: the Gardens’ most recent iteration as one of the premier restorations funded by the Heritage Lottery Fund in the 2000s.

David has written a series of guest blogs for The Chiswick Calendar, describing the various changes that have been made over the centuries. Read his first one here: Putting Chiswick on the Map.