Image above: Bread Ahead, opened in Chiswick High Rd 24 July 2020

Have you noticed how new businesses are popping up on the High Rd?

The lockdown has driven people back to their local shops, both out of practicality and from a heightened sense of community.

Businesses which have been successful in central London are picking up on this and taking advantage of the holiday in business rates and the competitive rent market to move out of the centre and test the consumer market further out.

Some of the gaps in the High Rd are being filled, the empty shop fronts and To Let signs being replaced by trendy new retails outlets: Fortitude Bakehouse on Turnham Green Terrace and Beleaf, which have both opened in the past couple of weeks and joined The Chiswick Calendar’s Club Card scheme, and now Bread Ahead which has just opened on the High Rd. The shop between Beleaf and Gail’s has also been rented and is about to open soon on a short term let.

What’s noticeable also is how temporary are these arrangements. All three new shops look very professional, as if they’re here to stay, but all are pop-up shops. Their owners have signed short term leases to try us out for a few months before committing to settling here.

Amongst other things, they’re waiting to see what the Chancellor will do.

Rishi Sunak announced a “fundamental” review of the business rates system in February.  In May the Department of Housing, Communities and Local Government announced that they were putting off the resetting of the property-based tax for another year. Due to take place next year in England, it will instead be put back to 2022.

Now the Treasury has said it’s considering radical plans to abolish business rates and replace them with a “Capital Values Tax” based on the value of land and the buildings on it. They’re also looking at overhauling Capital Gains Tax.

It’s also been widely reported that the Chancellor is looking at the introduction of a new tax on goods sold online, to level the playing field for those bricks and mortar businesses which have always complained online businesses get away scot-free. 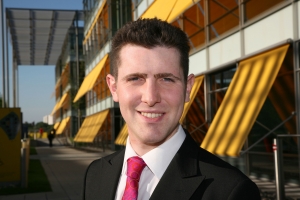 As Chief Executive of West London Business, Andrew deals with a large variety of different businesses. He described the idea of introducing a land value tax as ‘stunning’ but was unclear quite what the fallout would be for high streets.

“My gut feel is that the introduction of land value tax would be such a radical shift, the dice could land anywhere”.

West London Business doesn’t have a position on this as yet, the idea is too new, but his own personal view is:

“It’s an interesting direction of travel. It could be more equitable if broadly the land which carried more value bore the greater share of the burden”.

“In an economy as dynamic as this is, with constant changes and rapid shifts in value surrounding a particular site, there is a high level of unpredictability”, he said, “so if the Government is gong to design something new, they need to make it more responsive than the existing system”. 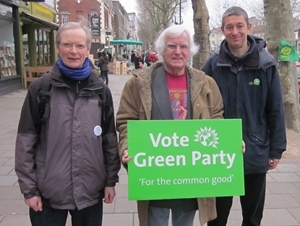 There was a time when Dave Wetzel was always in the news, both as a former leader of Hounslow Council and as a close colleague of Ken Livingstone at the GLC. He has an impeccable Labour background: after working as bus conductor and official in the 1960s, he became political organiser of the London Co-operative Society between 1974 and 1981. He was elected as Labour member for Hammersmith and Fulham on the Greater London Council in 1981 and served as the Chair of the Transport Committee until 1986. He served on Hounslow Borough Council between 1964-1968 and 1986-1994, serving as the leader of the Council between 1987 and 1991. He was also Vice Chair of Transport for London between 2000 and 2008, and Chair of London Buses from 2000-2001.

All his life he has campaigned for a land value tax. He told The Chiswick Calendar he remembered making a speech at the age of 14 supporting it and he has supported it ever since, becoming President of the Labour Land Campaign in 1982.

“This is good news” he said. “It is good for businesses because the landowner will pay, not the tenant”.

When I suggested landlords would just pass the tax on to the tenant through rent, he disagreed:

“It will make rents cheaper and more competitive”.

“It’s important that you call it a land value tax” he told me, “not just a land tax. Sinn Fein wanted a land tax and it would have been wrong because if you go by just the area, you’re charging the same for land which is expensive as you are for land which has marginal value.

“What makes land valuable is the services which support it: the police, fire brigade, schools, transport infrastructure which surrounds it, which is paid for by the public”.

Business rates are paid only on the buildings, and in factories on the value also of the equipment inside.

“It will put the Tories in power for 30 years”

Dave Wetzel has campaigned all his life for the introduction of a land value tax and thinks if the Conservatives “do this properly” it will be a hugely popular move.

“It will be good for the country and the economy. It will be brilliant, whoever brings it in” he told The Chiswick Calendar.

“If they make it high enough, the Tories will be rewarded. They’ll be re-elected for the next 30 years”.

Dave Wetzel was a member of the Labour Party for many years but he left the party in 2014 and has subsequently joined the Green Party.

‘The Government’s decision to delay the urgently needed review of business rates is a frustrating blow to the recovery of retail and hospitality businesses across the West End. The decision to delay may further threaten the survival of some businesses as they try to recover, and leave many more struggling for the next three years on pre-pandemic business rates, set in a very different economic environment… this delay by the Government on business rates will only serve to put more jobs and livelihoods in our shops, bars and restaurants at risk’. 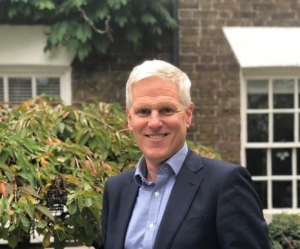 As someone who has to try and convince potential tenants that they’d like to rent commercial properties in Chiswick, Jeremy Day’s main concern is the lack of certainty.

“How how are we meant to negotiate rents when we have no idea what the rate liability will be?”

“We are in the hands of a government who may or may not be doing a long term review of business rates. Businesses need to know what will happen next April, when the business rates holiday runs out”.

The FT, quoting leading consultancy Gerald Eve, reports that the deferment of the review of business rates would mean hard-hit industries face another year of high bills.

Decorexi at 58 Chiswick High Rd is a treasure trove of interesting homeware. In business since 2003, Lin Leung and Tricia Joyce have a bricks and mortar shop and they also sell online.

A tax of online businesses is “long overdue” says Lin. The introduction of a tax on online retailers, who currently pay no business tax “would definitely boost the High Rd” she says.

Lin and Tricia have had an online business for 15 years. They started it at a time when there were far fewer websites and people didn’t have the confidence in online shopping they do now. They sell about 20% to people online, with no contact, Lin tells me. Most people look at their website and then speak to them on the phone or come into the shop and meet them personally.

“People have woken up”

“This lockdown has been brilliant in terms of shifting people’s consciousness” she says. “They’ve realised that if they didn’t wake up and support their local shops now, they wouldn’t be there at the end of it. We’ve had fantastic support from the local community, who have chosen to shop with us rather than online”.

“The problem is that bricks and mortar businesses have been constantly undercut by people who set up a website, which costs very little, and operate from home, with no overheads and no business rates”.

People would come and look at their products at shows such as the Ideal Home Show or Grand Designs and then see where they could buy the same online, cheaper.

“Around 2010 there was a huge influx of online providers. The homeware industry became devalued and the margins were squeezed so much they couldn’t compete.

“E-commerce companies should be paying some sort of business rates equivalent”.

Hounslow to “get tough” on motorists
Scroll to top