Plans for a ferry service at Hammersmith Bridge have been put back by objections from residents and sports clubs which use the river.

The service needs landing stations on both banks of the river and both Richmond Council and Hammersmith & Fulham have to give planning permission.

Commuters who have found themselves stuck on the wrong side of the river since Hammersmith Bridge was closed, have been hoping the ferry would be operational by September, but the number of objections has delayed the process.

LB Hammersmith and Fulham have received a significant number of objections from clubs that use the river for rowing and sailing. The clubs believe the ferries, which will be operated by Uber Boat / Thames Clippers, will present a hazard to people using the river for sport.

The Council is not due to discuss provision for the ferry service until after 21 July. Nicholas Rogers, recently elected as SW London member for the London Assembly, has urged them to bring the planning meeting forward.

“On the current timetable, if Hammersmith and Fulham don’t agree to do this, getting the ferry operational [in September] is looking challenging, to say the least.”

LB Richmond has received around 650 submissions from people urging it to grant planning permission for a ferry pier on the south side of the Thames, with about 35 objections primarily from the clubs. Richmond Council has not yet set a date for their application to be considered.

Image above: clubs that use the river for rowing and sailing have concerns about the ferry plans; Photograph via by Daniel Walker

Decision too urgent to be delayed says Assembly Member 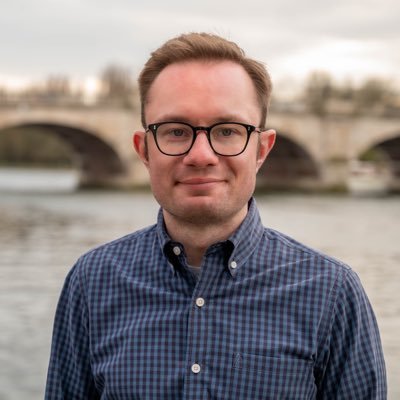 Mr Rogers recently posted on social media about the ‘frustrating’ wait residents will have to endure before the bridge reopens.

‘Once the consultations end, council officers must evaluate the responses, write reports and schedule planning committee meetings. All this takes time.

‘The risk to the objective of having the ferry operational for the first week of September is obvious. My chief worry is the timing of the LB Hammersmith and Fulham planning committee meeting. 21st July is very close to August, when public meetings are not often held.

‘But LB Hammersmith and Fulham have held planning committee meetings in August before and I would urge them to do so again this time if needed (even if this is the only item on the agenda), given the urgency of the situation.

‘I know the TfL team are ready to crack on with building the ferry infrastructure as soon as planning permission is granted, but of course that also takes time.’

The 134-year-old bridge was closed to pedestrians and cyclists on 13 August 2020 on public safety grounds after cracking in the north east pedestal extended following a period of extreme high temperatures.

Residents affected by the bridge’s ongoing closure are pinning their hopes on engineers finding the bridge safe enough for a limited reopening. But the crucial report is still pending and is unlikely to be considered by councillors for a month.

“I’m still very much hoping that report will be positive and it will be adopted and get the bridge restored for pedestrians and cyclists in time for the schools reopening.”