The decision follows a series of comprehensive safety investigations into the bridge and the successful introduction of an innovative temperature control system that helps prevent cracking in the 19th century cast iron pedestals, Cllr Cowan said.

Cllr Cowan announced the decision during a meeting with engineers at the bridge alongside Cllr Gareth Roberts, Leader of LB Richmond upon Thames.

“I am very pleased to confirm the latest advice from safety engineers is that we can safely re-open Hammersmith Bridge. We have instructed the team to do that. It will open this weekend.

“I know how difficult the last eleven months have been for people, particularly children needing to cross the river to get to school and those who need to attend medical appointments or get to work.”

Not a long term solution

“The potential for catastrophic collapse of this 134-year-old suspension structure was very real. We’ve employed the best engineers from around the world who advised we had to close the bridge last summer. We will always put the safety of the public first. 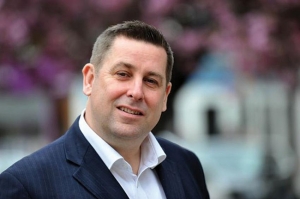 “Ever since, I have been determined to re-open the bridge as soon as it was safely possible. The introduction of the temperature control system, and the results of our extensive engineering investigations, now mean that the bridge can be opened for use by pedestrians, cyclists and to river traffic.”

“I recognise that this has been a long and difficult process for residents on both sides of the river and I would like to thank them for their patience. Safety has always been paramount and must continue to be so.

“However I am pleased to be able to tell residents that there is light at the end of the tunnel and am delighted that this historic bridge which connects our two boroughs will re-open to pedestrians, cyclists and river traffic this weekend.”

The recommendation to re-open was made to Cllr Cowan following a special meeting of the Board for the Case for the Continued Safe Operation (CSSO) of Hammersmith Bridge, the body which provides safety advice to the council about the bridge.

The CCSO confirmed that a series of engineering investigations including an industry standard Category 3 safety check of the Mott McDonald report into fractures in the north-east pedestal, and reviews of the the pedestal casings and a suspect chain knuckle joint had been undertaken.

“All these points have now been confirmed satisfactorily and they effectively allow the re-opening of the bridge to pedestrians, cyclists and river traffic,” said the CCSO. It added that: “ the safety risk is kept acceptably low” due to the temperature control system on the anchor chains and the use of acoustic sensors which have been installed to issue alerts on further crack movements.

“These arrangements are temporary measures and not a substitute for permanent repair. The application of a permanent solution remains a priority. Without a funded plan for repair the limited current use must cease eventually. It is not acceptable in managing safety risk to rely upon interim measures indefinitely.”

Images above: Councillors Steve Cowan and Gareth Roberts conducting a site visit in 2019; Projections on the Bridge in 2021 following months of inactivity

Closures to be ‘kept to a minimum’

‘H&F is moving at full speed to draw up a timetable for the full repair and restoration of the Grade II* listed bridge which will eventually see cars and buses allowed across the river.

‘The engineers have been working on a plan to find ways to keep the bridge open to pedestrians and cyclists even as the stabilisation works are taking place, with any necessary closures kept to an absolute minimum and, wherever possible, at weekends and off-peak times.

‘The council is considering engineering solutions including a pioneering double-decker engineering solution developed by world-leading architects Foster + Partners and bridge engineers COWI. The plan, which would see a temporary truss laid over the existing decking, would see motor vehicles return and save approximately £40m while potentially cutting three years off the current timetable’.

The proposal, which has already been discussed with Heritage England, would allow sections of the bridge to be removed and taken downstream by barge and repaired off-site.

Hammersmith Bridge is one of the oldest mechanised suspension bridges in the world and one of the most expensive bridges in Britain to repair and maintain. Cllr Cowan flatly ruled out increased council tax or cuts in public services to pay the borough’s share of the bill.

Transport for London normally pays the vast majority of repair and maintenance costs for London councils’ bridges. H&F is working on a plan to fund the full restoration programme with the Department for Transport and TfL which includes the proposal to introduce a road charging or toll scheme.

“Hammersmith Bridge is an ancient suspension structure and historic national landmark. It’s a major road artery and a unique part of this country’s engineering heritage. To secure its maintenance, and keep it open through until the next century, we believe it is vital that the motorists who use the bridge pays for its upkeep.”

In 2015 H&F commissioned the first comprehensive structural integrity review in the bridge’s history. It revealed unchecked corrosion dating back over 70 years to when the bridge was owned by the London County Council.

As specialist engineers peeled back further layers of the structure they discovered the cracks in the cast iron pedestals that holds the suspension mechanism in place. In April 2019 it was closed to motor vehicles on public safety grounds. In August 2020, after the cracks widened during a heatwave, expert engineers warned that it could face a sudden, catastrophic collapse with the loss of hundreds of lives.

The bridge was immediately closed to all, including pedestrians, cyclists and river traffic. There are now plans to introduce a ferry link as a temporary solution for commuters but that has also not been a straightforward process as it needs to receive planning permission for the landing site on both shores and there have been a number of objections to it.