‘Everyone has a book in them and that, in most cases, is where it should stay.’ The line is attributed to the late journalist Christopher Hitchens, well known for his sardonic wit and devastating put downs, (though it may have been recycled from an earlier acerbic cynic).

It’s an argument which cuts absolutely no ice in Chiswick, whose population, undeterred by such negativity, seems to think they all have a story to tell and the ability to tell it. That may be a slight exaggeration but there does seem to be a remarkable glut of authors in a relatively small area. 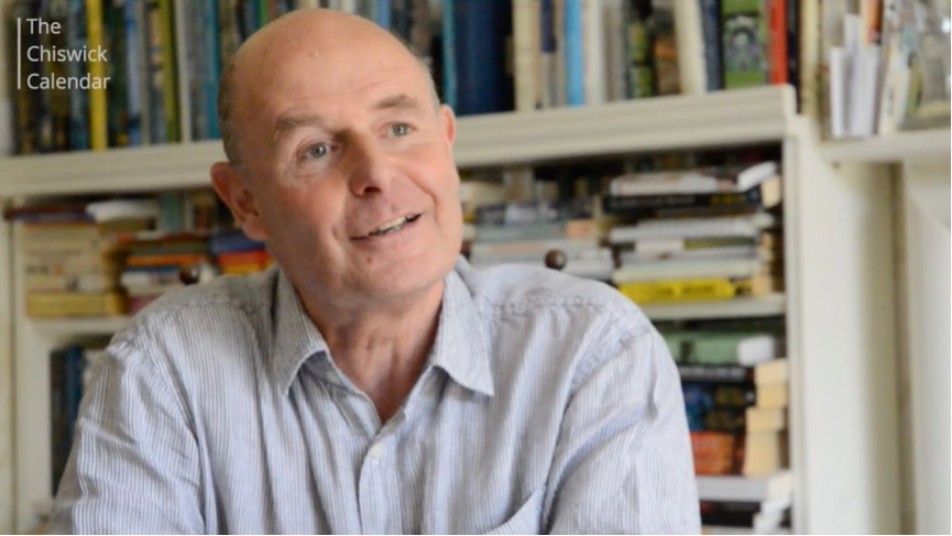 Torin Douglas, Director of the Chiswick Book Festival, is now up to 250 writers on his own magnum opus, the

Chiswick Timeline of Writers – a list of all published authors who have an association with Chiswick.

The project which started in the Book Festival’s 10th year has grown beyond all expectation and become something of a labour of love.

“When we started the Chiswick Book Festival, I wanted to celebrate the writers who have lived here, because I thought Chiswick’s record had been under-recognised” says Torin. “I knew there were distinguished writers with W4 connections, and famous residents who’d written their memoirs, as well as less well-known authors, poets and dramatists. But I never suspected we’d find 250 – or that so many of them would be quite so distinguished!”

The Book Festival website now boasts a list of writers listed by year, spanning four centuries, from Edward Baynard in 1642 to some of the latest additions, television presenters Clare Balding and Richard Osman.

There’s a section on Writers Tales. Poet Laureate Sir John Betjeman was the first patron of the Bedford Park Society and played a part in the saving of Bedford Park from demolition.

The French novelist Alain-Fournier was inspired to write a famous scene about a party by the works fete at the Sanderson wallpaper factory.

And of course Nobel prize winning poet WB Yeats wrote many of his best known poems while living in Bedford Park.

You can pick up maps of the Writers Trail to see where our most famous authors lived and worked from Waterstones and Foster Books.

Historian Val Bott would now like other postcodes to take up the Chiswick Challenge and see if any can come up with more published authors than we have.

A new name for those who rule us: ‘Kakistocracy’