Vangelis and the Journey to Ithaka

On Thursday 16 June at 7pm, the Chiswick Cinema will exclusively screen Vangelis and the Journey to Ithaka – the first and only film profile of the prolific musician who sadly passed away in May. A revealing music documentary with profound and unprecedented access to the Chariots of Fire and Blade Runner composer, the film is proudly presented by director Tony Palmer who will join us for a career-spanning conversation.

Vangelis had never previously allowed himself to be filmed, but as he approached his 65th birthday, he relented – principally, and surprisingly, because he hoped his music would make a significant contribution to matters of global concern; the environment, what he saw as the corruption and greed of multi-national corporations, above all the ‘dumbing-down’ of our culture, subjects which he dealt with great eloquence in his Cantata Mythodea.

One of the most surprising facts about Vangelis is that he was one of the very few non-Astronauts to have been awarded the NASA Medal for his work with the Space Agency investigating the sounds from space.

The conversation following the film will be chaired by BBC broadcaster Jonathan Legard, whose rapport with Tony is sure to deliver some unmissable stories from a career that has spanned subjects from The Beatles, to Holst, to Leonard Cohen.

The film features comments from directors Hugh Hudson (Chariots of Fire), Ridley Scott (Blade Runner & Gladiator), Oliver Stone (Alexander) and Harrison Ford. The team filmed Vangelis composing in his studio, both his painting studio and his recording studio. Featured are first hand some of the ancient songs which Vangelis believes are at the root of much Western music. There’s even a specially filmed performance by Sean Connery of a poem by the great Greek poet Cavafi. Also featured is material of Vangelis working in his studio with Ridley Scott and others. 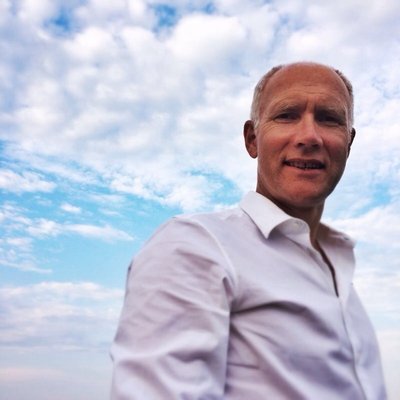 “Despite the fact that I never secured an interview with Arsene Wenger for Tony and most of our conversations revolve around football I’m honoured to be given licence to question one of the world’s best cultural storytellers.

“The fact that the only full interview Vangelis ever granted in his career was with Tony is testimony to his skill in building trust and respect to produce such vibrant and revealing work.

“So many leading performers in the arts were charmed by him – although he may dispute that in some cases – but I know he has a treasure trove of wonderful tales and if I can be a tenth as accomplished as him in drawing a selection of them into the public domain then it will be a thoroughly entertaining evening.”

“I have dealt with many divas in my time – from Maria Callas to Margot Fonteyn, from Stravinsky to Eric Clapton. None was as difficult as Vangelis.

“Partly this was because he hated being filmed, let alone interviewed. In fact, I think this is the only lengthy interview he gave in his entire life. Although my film was made at his request, I had under-estimated the extent to which he was a total control freak.

“We never agreed about what or who should or should not be included in the film, but now that he has died I think the time has come to release the original film I made. He was a bastard, but you couldn’t help admiring him, even loving him, and certainly wanting to celebrate his extraordinary talent.”

At the Chiswick Cinema we are incredibly proud to be welcoming Tony and Jonathan for this unique evening that brings an incredible music and cinematic history to life for our community. As we approach our first anniversary on June 25th, we’re working hard to showcase the breadth of talent in West London and to be at the forefront of diverse, engaging cinema programming. Tickets are priced at £11.50 for non-Members.

Book tickets: Vangelis and the Journey to Ithaka + Director Q&A – The Chiswick Cinema

Father’s Day ideas from some of our Club Card businesses