Labour councillors in a number of wards in LB Hounslow are questioning whether the next lot of Streetspace initiatives should go ahead as planned. They’ve looked at the level of opposition in Chiswick to the introduction of road closures and traffic filtering systems over the summer and called for the next phase of the borough-wide programme to be reviewed before they get similar blowback from their own residents.

Cllr Richard Eason, who represents Osterley & Spring Grove ward, has ‘called in’ the decision by Cabinet members Cllr Hanif Khand and Cllr Katherine Dunne at the last Cabinet meeting to go ahead with Phase 3. He has referred it to the Overview & Scrutiny committee. The committee is not a decision making body but it does have the authority to request that Cabinet members review their decisions. 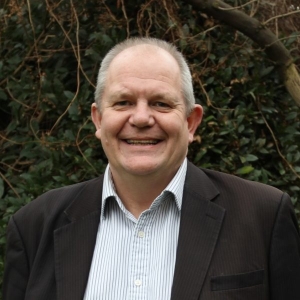 “It’s fair to say we’ve looked at Chiswick and been alarmed at the level of protest” Cllr Eason told The Chiswick Calendar. “How it’s been imposed, and that it’s going to alienate people in our wards. Other Hounslow councillors are not wanting the level of grief Chsiwick councillors have received”.

He said he realised the traffic changes were being made without consultation when he realised Phase 3 promises changes in his own ward.

“I looked at the papers for the last Cabinet meeting and saw ‘LTN (Low Traffic Neighbourhood) Osterley area between Osterley Park and the Great Western Rd’ and thought: ‘What’s going on? Why haven’t we been informed?’

“I tried to get in touch with the lead member (Cllr Hanif Khan, Cabinet Member for Transport) but he didn’t get back to me initially.

“In the Cabinet papers they make mention of ‘unintended consequences’ (of traffic restrictions) that may need to be amended or even cancelled. What’s the best way of answering that? To ask councillors who know the area, who have worn out their shoe leather walking the streets of the local ward for decades.

“They were proposing to stick a set of planters in the middle of Northumberland Avenue, which would upset the residents, who would have to drive out onto the Great West Rd to get from one part of the estate to the other. Why not use ANPR cameras to recognise the registration numbers of local residents?”

The Streetspace decisions on ‘Liveable Neighbourhoods’ or ‘Low Traffic Neighbourhoods’, he says, were initially made by senior council officers rather than councillors, but Phase 3, which also involves a number of plans for Bedford Park and elsewhere in Chiswick, was referred to Cabinet and decided on by Cllr Khan and Cllr Katherine Dunne (Cabinet Member for Communities) without consultation with other councillors or with residents.

“Hanif and Katherine seized an opportunity to make changes without any respect for colleagues who will have to deal with the backlash”.

To ‘call in’ a decision by a Cabinet member, a councillor has to have eight signatures. Nine people were initially willing to sign the call-in “but there were probably another seven or eight who would have signed”.

Among those who signed it are some senior members of Hounslow’s Labour group: Cllr Amrit Mann, who chairs the Planning committee, Cllr Afzaal Kiani, who chairs the Housing & Environment Scrutiny panel and Cllr Javed Akhunzada, who is the Labour group’s Chief Whip.

What he expects to happen is that the decision to go ahead with Phase 3 will be referred back to Cabinet with a recommendation that Phase 3 will be developed in consultation with councillors and residents.

“If the Cabinet members still don’t get it, in terms of why there’s so much opposition, we might be asking for those two Members (Cllr Khan and Cllr Dunne) to resign”.

Cllr Eason himself has been a councillor since 2018, but he says: “Cllr Khan and Cllr Dunne have been around long enough to know better. You don’t impose these things, you need to win hearts and minds”.

Need to “learn lessons from Chiswick” 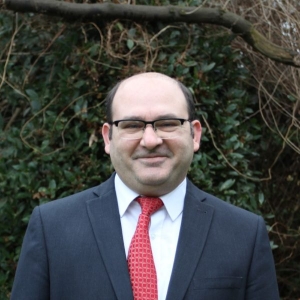 Cllr Javed Akhunzada told us he hoped the Scrutiny committee would have a “positive outcome”.

“I’m not against the project but want more engagement with residents. We need to learn lessons from Chiswick” he said.

“People in Chiswick have every right to criticise. We need to learn lessons and we need more engagement”.

Why weren’t phases One and Two challenged by councillors?

We put this question to both Labour Cllr Eason and to Chiswick’s Conservative Cllr John Todd, who has also called in the decision on Phase 3 development.

“A lot of those were happening in the middle of lockdown and my mind was on other things. I’m not even sure if you can call in a decision made by a senior officer as opposed to one made by a councillor”.

“You can call in a decision made by an officer, but there has to be over a certain amount of money involved, or have a major impact on residents. I would say these road changes are in that second category”.

He confirmed that Chiswick’s Conservative councillors didn’t call in decisions made which have affected Devonshire Rd, Turnham Green Terrace and south Chiswick while they had a chance.

“We enjoyed a good relationship at that point; there was an element of two way dialogue about the schemes. We managed to get the one at Edensor Rd stopped. Then we suddenly discovered that the doors were shut to discussion”.

The Scrutiny committee meeting on Monday 30 November will be open to the public to observe. The committee’s website page has a message saying:

‘The Chair of the Overview and Scrutiny Committee is aware that there is significant interest in this issue from residents and this virtual meeting may be well attended’.

Residents/local groups are advised to submit statements they wish to make, or questions they would like to make to scrutiny@hounslow.gov.uk by 5pm on Wednesday 25 November 2020.

You can see the agenda and relevant documents here.

Lockdown Things To Do – Epilogue
Scroll to top