LB Hounslow have issued a premises licence for the new Room2 Hotel on Windmill Road, Chiswick.

A Licensing Panel, held on Wednesday 22 September, reached its verdict following consultation with representatives from Lamington Group, which own the Room2 chain.

Members of the public will be able to enter the hotel as guests to eat in the restaurant or drink in the bar area, as well as to take away alcohol in sealed containers.

There are various proposed conditions attached to the application, including highlighting that the licensable activities provided at the premises shall be secondary to the main function of the building as a hotel.

‘No noise generated by the hotel, or by its associated plant or equipment, shall emanate from the premises. Nor shall any vibration be transmitted through the structure of the premises which gives rise to a nuisance. 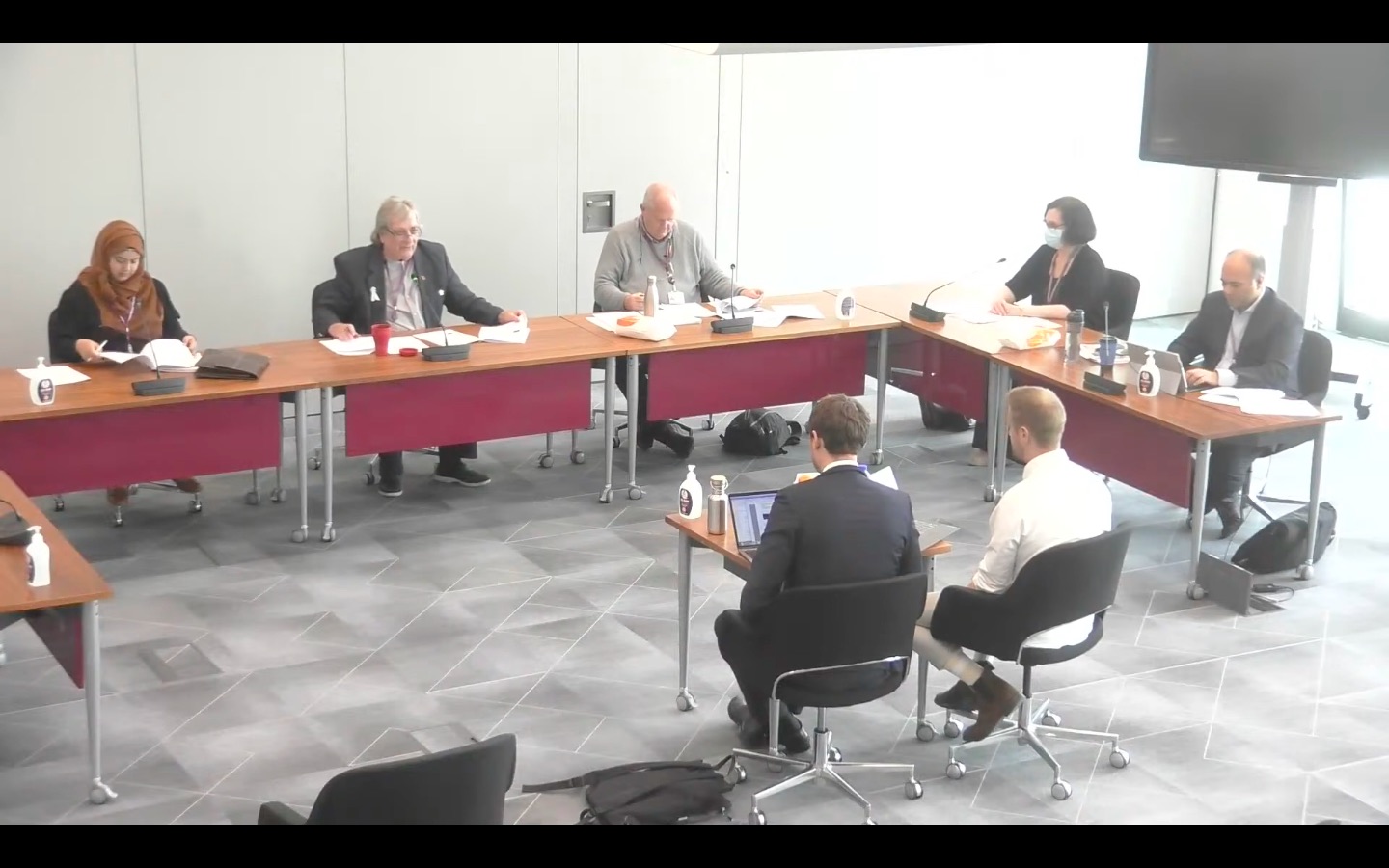 Image above: The Licensing Panel meeting on 22 September

Residents concerned the hotel would be turned ‘into an off-licence’

Residents had objected to the application, claiming it will be a public nuisance. Objections were put forward on the grounds that the general public would be allowed in the hotel, despite not being in-house guests – something which they say was omitted from the original planning application.

Martin Garnett lives directly opposite Room2 Hotel. He said it was clear in the original planning application there would be no public access and that the location of the hotel, in a ‘quiet resident street’, would be reflected in how the premises were to operate.

Objecting to the application, he said:

‘The proposed activities include off-licence sales, and would allow both take-away and delivered alcohol and food, in a quiet residential street, with sales available seven days a week, from 8.00 – 23.30 every day This is not what was originally presented as being the hotel’s purpose, both in itself and because of the public nuisance noise caused by delivery and collection.

‘The licencing application effectively turns the premises into an Off-Licence, in a quiet residential street, with sales available seven days a week, from 8.00 – 23.30 every day’ [sic].

During the meeting, Cllr Foot urged the applicants to be continually mindful of noise complaints and reminded them of the possibility of review in case any conditions were breached.

Mr Foot said that while these reviews do not happen often they are ‘there as something residents can take up if they feel that they need’.

Fisher’s Lane traffic restrictions to be made permanent