The London Borough of Hounslow has published its budget proposals for 2021 – 2022. If signed off by the full Council, this will mean an increase of 4.99% in the council’s element of the tax, equivalent to £63.62 per year for a Band D property.

‘Hounslow council has has worked hard over the past year to protect residents and services, focusing on keeping front line services running despite pressures from COVID-19’ they say, but the increase is necessary: “In order to continue to protect services and our most vulnerable residents while also achieving our wider ambitions”.

Cllr Shantanu Rajawat said the council was proud of the way it had continued to provide basis services such as such as bin collections and coped with the massive increase in need for children’s and adult services created by the pandemic, but the challenges the council faces are enormous. 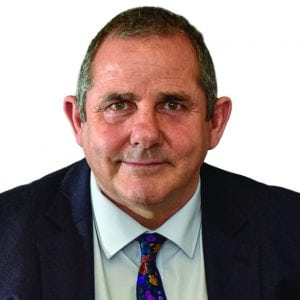 The biggest difficulty, said Council Leader, Cllr Steve Curran, was the uncertainty they face, from the continuation of the pandemic, its impact on the airline industry, which is Hounslow’s major employer, and the impact of Brexit, coming as it has on the heels of a decade of austerity.

“I like to know what money we have coming in and what we have going out and at the moment we can predict neither”.

Crunch will come when Government aid runs out

Already they have seen increased pressure on provision for people who are homeless or on the brink of becoming homeless through a reduction in their income during the pandemic. The crunch will come when the Government’s support in terms of furlough payments, a freeze on evictions and the provision of business grants, runs out.

“Those are providing a sticking plaster but we are expecting there will be a surge in people being evicted once the freeze on evictions stops, a surge of unemployment when furlough ends and a surge in businesses going bust once the grants come to an end”.

In October 2020 the council reported that 40% of the borough’s workforce was either unemployed or on furlough. Hounslow is projected to be one of the hardest hit London boroughs economically over the next few years, due to the impact of COVID-19 and lockdown, and because of its previous reliance on Heathrow as a major provider of jobs.

LB Hounslow set up a fund to support people who are struggling by offering discounts on Council Tax, in some cases of up to 100%. They regard that as money well spent, Cllr Rajawat said. “I am incredibly proud we set that up” he said. So far 8,893 people have benefited from it.

The council has lost a huge amount of revenue from the closure of its leisure services and the dramatic fall in parking revenue during the pandemic. It has also received Government money to support Covid spending, but there is still a gap between Government grants and the money they’ve had to spend on the Covid crisis, said Cllr Curran. 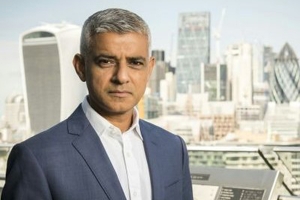 The Mayor of London, Sadiq Khan, said in January that he proposed to increase his share of Council Tax bills also. He said he may increase the Mayoral part of the tax by more than 5% to help cover the £125 million annual cost of maintaining free travel for under-18s and Londoners aged 60-65. The average London Band D household pays £332.07 a year to City Hall, but this could be set to rise above £350 from April.

His draft budget is still under discussion. The Greater London Authority has a two stage process for passing the budget. The proposed budget was approved at the first stage on 27 January, despite opposition, but it is due to be discussed again on 25 February. City Hall pays for Transport for London and the Metropolitan Police. It is also responsible for Fire and Emergency planning.

If it is passed, the combined increases in the Hounslow part and the Mayor’s part of the tax will mean an effective increase of upwards of £80.

Ealing yet to publish its budget proposals

LB Ealing has yet to publish its budget proposals for 2021-22, though it is due to do so soon. Hammersmith and Fulham have already said their intention is to increase Council Tax by 5%. Other London councils, including the Conservative councils of Wandsworth and Barnet are also proposing 5% increases.