A number of prominent Chiswick residents have alleged that local Conservative councillors in the area are undermining the Minister’s plans to put walking and cycling ‘at the heart’ of transport policy.

In a letter to the Transport Secretary, Grant Shapps, the group supporting LB Hounslow’s measures said:

“We would like to offer our strong support for the policies you have announced to put walking and cycling at the heart of transport. We also wish to respond to the open letter sent to you by some of our local councillors earlier this month ‘The destruction of Chiswick’s community, town centre and retail economy’.

“A number of us have been in the front line of public health efforts against the pandemic and welcomed the statement you made on May 9 announcing a £2 billion package to support active travel to help the country emerge from the coronavirus crisis. Given the predicted upsurge in traffic and the virus, the reallocation of road space in favour of walking and cycling is even more necessary now.

“We are therefore disappointed that some of our local councillors have failed to back your vision, opposing the measures from our council that are making it a reality.”

The letter was drafted in response to the local Conservative councillors urging the Secretary of State for Transport to put a number of recently implemented traffic measures on hold. In their letter, the councillors claimed that the borough’s transport policy was “a hammer-blow to Chiswick’s retail business” and dividing communities.

Tories are ‘misrepresenting the situation’

The group suggests that the local Conservative councillors are misrepresenting the situation.

The letter continues: “They claim a Low Traffic Neighbourhood scheme is ‘a massive over reaction (sic) to a problem that exists for only a few hours a day’. Traffic counts show the opposite, with many of our residential streets blighted by rat-running through the day.

“Their reference to the ‘revival of the discredited Cycleway-9 scheme’ concerns a protected bike route that was initiated by the Prime Minister while he was Mayor of London. Construction of the first phase has just been completed and it is now being expedited using temporary measures. Safer cycling on Chiswick High Road is more important than ever given the shift to shopping locally.

“A hammer-blow to Chiswick’s retail businesses” fails to convey that the shift to shopping locally has triggered a local boom. Shops that were long empty are finally being let. The first ever Flower Market on Chiswick High Road two weeks ago saw over 7,000 visitors with our shopkeepers enjoying their highest sales for years. Notably, an overflow car park was provided for this event but not a single car used it. Traders on two more roads have asked the Flower Market team of local residents to expand to their streets.

“We welcome the opportunity to affirm our strongest support for your vision, and the measures needed to realise it by reallocating road space to people walking and cycling, both to encourage active travel and to enable social distancing.”

The signatories are listed below.

See the full text of the letter here. 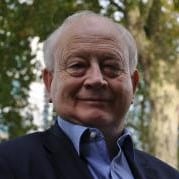 The Conservative Transport Spokesperson, Councillor Sam Hearn, spoke on behalf of all the local Conservative Councillors in his letter to Grant Shapps earlier this month, in which he said:

“There is unanimity across Hounslow Council and amongst Chiswick residents that we want to end the scourge of rat-running, curb excessive speeds and discourage unnecessary car journeys. These are laudable objectives but the complex and draconian measures being imposed under the guise of the Covid-19 emergency are having many perverse effects. Many of the changes are sadly making the lives of residents worse, not better”.