A complaint to the Local Government Ombudsman against LB Hounslow has been upheld.

‘Mr F’ complained about the Council’s introduction of two experimental road traffic orders as part of its response to COVID-19 – the closure of Turnham Green Terrace and the closure of Devonshire Rd to through traffic.

The Local Government Ombudsman’s office upheld his claim, finding fault in the way in which the Council introduced the measures and in their record keeping.

The Ombudsman’s role is to review the procedure followed by councils when making decisions.

‘If a council has followed the correct process, considered all relevant information, and given clear and cogent reasons for its decision, we usually cannot criticise it’ writes the investigator.

‘In this case I note at the outset the context in which the Council made the decisions on changes to road layout, which Mr F complains about, was that of the COVID-19 pandemic. Government guidance told local authorities to respond by introducing measures that would favour cyclists and pedestrians over other road users. It also put councils on notice that it expected them to act quickly.

‘The Government did not expect proposed schemes to be consulted on for any length of time. And it is notable its initial guidance gave minimal advice to councils on consultation and engagement with communities.

The Ombudsman’s office has taken this into account and concluded the Streetscape policy was introduced sensibly, at short notice, and the investigator did not find fault with the consultation process.

‘I consider the Council’s Streetscape policy provided a sensible framework at short notice for how it would identify and implement schemes designed to achieve the Government’s objectives. I do not find fault in the limited consultation envisaged as part of the policy.

‘I also do not consider the Council at fault for using the ‘commonplace’ tool which identified Turnham Green Terrace and Devonshire Road as potential locations for road layout changes’.

The investigator says the Council received sufficient representations that both Turnham Green Terrace and Devonshire Road may benefit from changes.

‘We accept that during the early weeks of the pandemic, councils were adapting to new ways of working and often coping with high levels of staff absence. They had also to move quickly’.

But, while the Council provided clear reasoning why they should expand the footways on both roads by removing most of the parking bays, it did not provide the same level of clear reasoning to explain why both roads should be closed to through traffic.

‘While I recognise the Council provided some reasons I note these were general in nature, saying the closures were considered beneficial to pedestrians and cyclists. I do not consider these statements alone adequately explain the decision to close the roads in question to through traffic.

Hounslow Council did not keep records of its deliberations

‘l expected to see some evidence to show that officers considered the potential impact of these proposals. But there is no record of what consideration the Council gave to various factors which may have been relevant to its decision’.

Image above: Planters being removed from Devonshire Rd

While the Council was aware of its duty and mentioned the consideration of the law on equality in a report on the traffic restrictions:

‘It is evident from the October 2020 paper to Cabinet that its consideration of the PSED was general and cursory.

‘While we would not have expected it necessarily to carry out a full PSED assessment, there is no record to suggest that it considered the potential impact of the closures on groups other than those with disability but who might have other protected characteristics, particularly that of age’.

‘There is the contradiction between the paper the Council published in early May 2020 and its action in using the Streetscape measures to close Turnham Green Terrace to through traffic.

‘That paper explicitly said the Council would not use this policy to close major roads. Yet three weeks later that is what it proposed to do. There is no explanation for this change in position. That was a fault.’

The investigator wrote also that the Council took longer to review these schemes than suggested when it set up the review process. The Council said it aimed to review the schemes three to four months after implementation and complete final reviews after six months. In practice it took until May 2021 (almost 12 months) to carry out the final review.

‘It is unfortunate the Council did not complete the reviews sooner’ he says, but as the review they did was both thorough and independent and it was interrupted by the second national lockdown, here he did not find fault.

Hounslow Council must apologise to the complainant

The Ombudsman found that the Council’s actions had caused an ‘injustice’ to Mr F and has asked the Council to apologise to him.

The complainant, ‘Mr F’ lives around half a mile from Chiswick High Road. He is in his seventies and describes himself as in good health. He told the Ombudsman’s office that while he sometimes walks or cycles to Chiswick High Road area, he also used his car on occasion as he could not  otherwise carry heavy shopping bags home.

The Council has accepted the findings and agreed to apologise.

Lobby group OneChiswick immediately seized on the Ombudsman’s report as proof of the Council’s high-handedness:

“The Ombudsman’s Decision provides independent evidence that Hounslow Council, and its officers, felt they had the power to do whatever they wished with traffic on Turnham Green Terrace and Devonshire Road. This was clearly misplaced.

“What is emerging is that without recourse to adequate technical reasoning, without adequate consideration of the requirements of PSED and contrary to its own stated policy about closing major roads, the Council was determined to introduce measures to support cycling and walking, without regard for the consequences for the majority of residents and traders in Chiswick.”

OneChiswick need to “grow up and move on” says Steve Curran 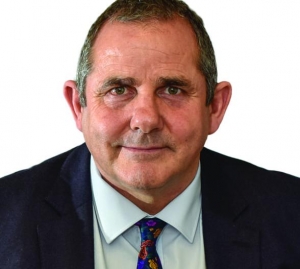 Leader of Hounslow Council Steve Curran hit back that they needed to “grow up, move on and stop misrepresenting the facts”.

Cllr Curran said: “Some people need to start to grow up. While the national and international news concerns itself with the very real crisis in the global climate, and we see the very real impacts of climate crisis all around us, including the appalling flooding recently in London, for some to be still tilting at windmills in this way is becoming embarrassing.

“Hounslow Council is preparing to lead for London Councils as part of the UK Cities Climate Investment Commission at COP26 in Glasgow. We have a significant range of activities planned locally and regionally. We are being recognised nationally for our leadership on Green issues, and – on the very subject of LTNs – Councillor Khan, the lead Cabinet member, has been personally invited to Downing Street to be thanked by the Prime Minister and Transport Secretary for the work we have done here.

“The Streetspace programme is all but concluded, after one of the biggest listening exercises we have ever undertaken, with over 10,000 people involved. Streetspace has a significant part to play in securing an improved environment, reducing traffic and air pollution levels, increasing cycling and walking and supporting wider climate change objectives which we share with London’s Mayor, the UK Government and internationally. That this hardcore rump feels it has to misrepresent a report in this way makes them look as desperate as they are irrelevant to the fight to secure the planet’s future.

“It’s time for them grow up, move on and stop misrepresenting the facts.”

You can read the full 13 page report here:  Ombudsman’s report

See also: FOI request finds biggest group of drivers fined for turnign into Grove Park from the A316 come from outside London

Episode 67: A great umpire raises his finger against discrimination in cric...
Scroll to top