Hounslow Council’s Labour group has joined the Borough’s two Labour MPs in calling on Foreign Secretary Dominic Raab to stop the violence against Palestinians in East Jerusalem and the planned evictions at Sheik Jarrah.

Since the weekend Israel has faced international condemnation over the ongoing violence in Jerusalem, with repeated clashes between police and Palestinian worshipers in Jerusalem’s Old City, and resistance to the expected eviction of Palestinian families in the east of the city. The conflict has escalated quickly, with Hamas militants launching dozens of rocket attacks at Israel from the Gaza Strip and Israeli air strikes attacking the Palestinian rocket-launching squad, killing senior commanders and demolishing a tower block.

At time of writing at least 67 people in Gaza and seven people in Israel have been killed. On Wednesday night Prime Minister Benjamin Netanyahu said he planned to send in ground forces in the biggest escalation between the two sides since Israel invaded Gaza in 2014. Elsewhere in Israel there are outbreaks of violence where Arabs and Jews have previously coexisted. The BBC reports that a Jewish man in Acre was attacked by Arab men and a Jewish mob pulled a Palestinian out of his car and beat him up in Bat Yam.

Both the Israelis and Palestinians consider Jerusalem to be their capital. Israel imposed a limit on the number of people who could gather for prayers at the Al Aqsa mosque during the most sensitive time of the the religious calendar, Ramadan. Tens of thousands of Muslims were turned back from the mosque and Israeli police used CS gas and stun grenades inside it. At the same time Jewish settler groups are threatening to take land and property in the Palestinian neighbourhood of east Jerusalem, pursuing their case at Israel’s Supreme Court.

Both actions have been widely condemned, with thousands of people attending a protest in central London on Tuesday 11 May.

Ruth Cadbury, MP for Brentford and Isleworth, called on UK Government to stand up for “international law and human rights”. In her letter to Foreign Secretary Dominic Raab she urged the Government to “use its voice on the international stage”.

She said her concerns were shared by many of her constituents “who are rightly outraged by the violence we have witnessed”.

‘‘The scenes of violence against Palestinians at the Al-Aqsa Mosque are absolutely shocking. Over 200 Palestinians have been injured, including children. These attacks occurred not only during Ramadan but also at one of Islam’s holiest sites.

“On top of this many Palestinian families face being evicted in Sheikh Jarrah to make way for Israeli settlers. These evictions, and the demolition of many homes are simply wrong.

It’s vital that the Foreign Secretary and the U.K Government not only speak out against this injustice but equally that they use the UKs strong voice on the world stage to oppose these acts of violence and the evictions of many Palestinians families.’’ 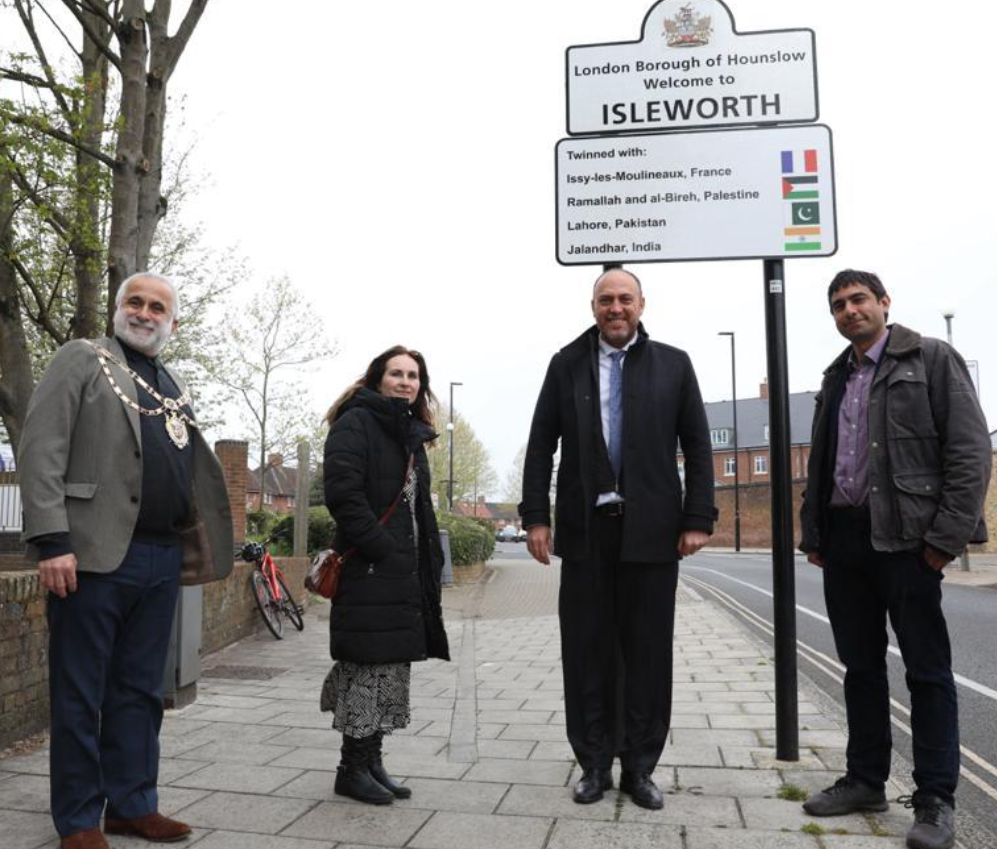 Raab must ‘do everything in his power’ to end violence, says Hounslow Labour Group

“Hounslow’s Labour councillors stand firmly with the borough’s MPs, Ruth Cadbury and Seema Malhotra, and the leader of the Labour Party Keir Starmer, in condemning the shocking violence perpetrated by the Israeli state against the Palestinians and the planned evictions at Sheikh Jarrah.

“We call on the Foreign Secretary to do everything in his power to bring to an end the violence in East Jerusalem and the airstrikes on Gaza. The British government must oppose human rights violations wherever they take place and support international law.”

LB Hounslow is twinned with the Palestinian town of Ramallah in the West Bank. Last month, then-Mayor Cllr Tony Louki welcomed the Palestinians’ representative to the UK, Dr Husam Zomlot, along with Isleworth Councillors Salman Shaheen and Daanish Saeed. New borough boundary signs in Isleworth have been put up to mark the twinning.

Harold Pinter lived in a small flat in Chiswick High Road, the inspiration for...
Scroll to top