Man in the Middle is the fictional diary of a Boomer coping with the demands of an ageing mother with dementia, his millennial children and his own impending obsolescence. Bowed down by Brexit, Covid and self-pity, all he wants is more ‘me time’. Will he succeed? Or is he destined to be stuck forever in No Man’s Land in the war between the generations?

If you’d like to begin at the beginning and missed the first instalment, you can read No. 1: The Letter here 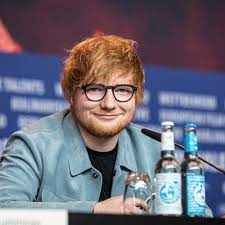 I’ve turned my back on my son and am staring out of the window of his fourth floor flat on the Exeter university campus. It’s the start of his second term.

Behind me, he is unpacking his suitcases and watering his cacti, which somehow have survived the Christmas season. I guess that’s what cacti are good at.

Below me, Exeter is submerged under fog. A few church spires hold their heads up above the damp mist, but the rest of the city is wrapped in a grey shroud. The city is as lifeless and lost as Boris Johnson drowning in the miasma of his own deceit.

I’m gazing out not because I’ve become a twitcher but to recover my breath. The lift was out of order and I’m out of condition, so lugging myself and one of my son’s bulging suitcases up four flights has done me in. My cheeks are flushed and my chest is heaving like a lifeboat on a wild sea.

I don’t want my son to notice how unfit I am, so I’ve turned my back on him and am refilling my aching lungs by quickly sucking in small sips of air like a hummingbird daintily sucking up pollen. I hope I can recover my breath while preserving my dignity as the Pater Familias.

‘The sound like an old donkey with emphysema,’ he says.

‘Probably the pipes in your bathroom,’ I say. ‘The plumbing in student accommodation is notoriously noisy.’

My wife suggested we travelled on the train together.

‘It’ll give you the chance to talk to each other,’ she said.

‘About what?’ I said, racking my brains for anything we might want to talk about required me to go to Exeter on a train on a Saturday.

‘You know. Father and son things,’ she said.

‘Don’t tell me you haven’t told him about the birds and the bees, yet?’

‘This could be one of those moments when you could be helpful to him.’

‘You mean carry his bags for him up that hill?’

‘No, to show you care about him as he takes another step towards independence.’

‘My mum and dad never came to see me at university,’ I say. ‘I would have been appalled if they’d even suggested it. Not cool.’

‘You’re always saying your father never spent any quality time with you. This is a chance not to make the same mistake.’

My memory of my student days is that I stayed away from the parental nest and was as socially distanced as it was possible to be. I was an ungrateful, non-homing Pidgeon who came back only when the clothes basket became too gamey.

However, it’s not often my wife admits she thinks I could be useful, I’m happy to do as she suggests and book a return ticket to Exeter St. David’s.

‘Did you spot the shoe?’ asks my son.

He’s finished unpacking and is standing next to me pulling the window ajar. I notice he’s an inch taller than me. Somehow, he seems to be a bigger person here.

‘That shoe,’ he says pointing at the yellowsole of a running shoe lying upside down in a puddle on the roof of the nearest universitybuilding.

‘Dunno. It’s been there since I got here.’

A seagull lands next to the shoe and takes a peckat it before flying away, disgusted by the taste of rotting rubber.

The shoe reminds me of a book I read about the

Night Climbers of Cambridge, a group of prankster toffs dedicated to climbing onto the roofs of colleges at night and leaving inappropriate stuff on them – like cars, chairs, clocks and shopping trolleys. Lord Byron was one, apparently.

‘Probably someone was just having a laugh,’ I say.

My heart beat is down to normal.

‘Do you want to see the mad stuff people put in their bedroom windows? We’ve got a cardboard Pope, a hundred Ed Sheerans and, of course, beer walls.’

‘A beer wall is when you stack empty beer bottles in your window until you block out the daylight.’

‘Sweet,’ he says. ‘But you have to be quiet out in the corridor. The rest of the flat is still asleep.’

‘This is early. No talking until we’re outside.’

He posts a picture of himself onto his flat’s WhatsApp group so they know he’s returned. We tip-toe downstairs.

We walk together around the campus. It’s the first time I’ve done that with him and although we don’t talk much, it feels I’m part of his world if only for an hour or two.

We wave at the cardboard pope and laugh at the number of Ed Sheeran face masks hanging in the windows. But he so unattractive I say.

Best of all is windows walled up with empty green beer bottles so no meaningful amount of sunlight could enter.

‘Even your cacti wouldn’t survive in a room like that,’ I say, and he laughs.

‘Can you imagine the smell in there?’

An hour later I’m boarded back on the train to London. A brief hug at the station is enough for both of us and then he’s turned and is tramping back up the hill to his flat. And his mates. And his new life.

Before Tiverton, we pass a junk yard where a few men and boys are admiring old farm

equipment and running their hands along the rusted sides of the various lots. I wonder if their farmers and sons out for the day, like me.

‘He called it home. Twice. Otherwise, it was great.’

Read the next in the series – Man in the Middle 82: The cost of fixing kitty

Read the previous one – Man in the Middle 80: New Year Dreams

See all James’s Man in the Middle blogs here