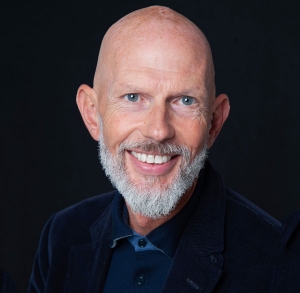 Do you know how to recognise anxiety, would you know if you were having a panic attack?

Last week I wrote about re-entry fear and anxiety and because a few people have commented on the article and shared their experiences I have realised that it might be helpful to write further about the experience of anxiety and in particular panic attacks.

Research suggests that around 13% of people have experienced a panic attack. If you experience a panic attack then it is quite likely you won’t even know that is what is happening. In fact what is most likely is that you won’t feel well, you won’t be able to say what is wrong and that not knowing what is wrong is likely to result in you feeling even worse. You may notice that you have now become anxious because you don’t know why you are feeling so bad but the experience is likely to lead you to be convinced that you are actually very sick.

I had a panic attack some years ago now. It wasn’t until I arrived back home and felt, almost instantly well again that I began to suspect what had happened to me. But it was a few weeks later, when given some time and space for reflection and with no further symptoms the words panic attack made sense. It was a surprise to me, as being a psychotherapist who meets regularly with people experiencing panic attacks and anxiety that I might myself fall foul of one and not realise what it was; but it doesn’t matter who you are it’s never until you actually experience one that it can entirely make sense.

The surprise comes from the fact that panic attacks come on so suddenly (hence the word attack) and are experienced in such a physical manner. Of course panic attacks can be experienced with differing levels of severity however they tend to render you incapable of being able to manage the kind of rational thinking needed to reach the conclusion it is a panic attack.

The physical nature of the experience tends to frighten the sufferer so that they begin to feel even worse as adrenaline is generated, the heart thumps and breathing quickens. A panic attack usually ends when something distracts the sufferer and the distraction is enough to allow the anxiety to subside.

My own panic attack occurred at Edinburgh Airport on my way back home from a week-long meditation retreat. Suddenly feeling really physically sick, I managed to get to the toilets and sheltered in a cubicle. Once there I wondered whether to call for a Doctor but my symptoms eased slightly and I just wanted to get home, so I waited there until it was time to board the flight. It’s being a panic attack totally makes sense to me now as I recall the retreat as such a calm, restful and peaceful experience – very unlike the busy departures area at the airport. It seems obvious on reflection that such a change in environment could be a shock to the system and yet the airport and travelling had felt so familiar, I had felt fine – until I suddenly didn’t!

For many people the easing of lockdown restrictions has the potential to be a shock to the system. As one reader who experienced a panic attack in the last week wrote to me –

“I arrived in London Charing Cross Station and walked to Regents Street where I did some light shopping before my Haircut in Soho at 6 pm. I am very familiar with this route and realised I had just about enough time to go to Selfridges as I arrived a bit earlier than I thought I would have.

I arrived and it was just so busy (the social distancing was awful). I wasn’t too phased by the prospect of catching coronavirus though as I always wear KN95 or respirator masks when I’m out in busy locations.

I did feel a bit claustrophobic in the mask though come to think of it. So I decided to leave. Oxford Street was really busy too.

That’s when I started to feel a bit funny. Heart racing faster… as I realised what was happening I decided to remove myself instantly from the busy street….Then I just start to overthink…..

…..I was meant to meet an old friend for a drink in Soho but I just decided to cancel and take the train home.”

Neuroscience is starting to help us understand the impact of anxiety on how the brain functions and to confirm long held views about its nature. It is now being recognised that heightened anxiety can come from the part of the brain called the amygdala. From an evolutionary perspective this area of the brain is tasked with warning us of potential threats and we are starting to understand that whilst this is a very sensitive and fast acting system it is not particularly accurate.

Some theorists are suggesting that it is not particularly suited to modern day life because there are so many external stimuli, this area of the brain is constantly activated. As such this is why activities such as mindfulness, yoga, meditation and others that involve reducing external stimuli are becoming increasingly important. However in the context of the pandemic and easing of restrictions it is helpful to think both about how you have been doing during the last year – do you recognise yourself as having been stressed or anxious? If so then taking it carefully is important because your resilience to more change may be less. However you think you have coped well and have adjusted to any changes then what is important is to think about how big a change might be perceived by your amygdala. For example, if the roads around where you live have been really quiet, the old level of traffic might feel overwhelming.

Anxiety and panic attacks are natural and healthy responses to stressful and potentially dangerous situations. They can be incredibly horrible experiences but they also enable us to learn about how to look after ourselves better. And what did I learn? Not to go on meditation retreats? Not to go to airports? No, what I learnt was to look out for significantly changing situations and environments, I still really enjoy retreats and airports but now I consciously think about what might help me ease back in, so I allow more time for travelling and travel at a quieter time of day.

I really hope you are enjoying the better weather, longer days and the possibilities coming from the easing of restrictions but maybe take some time to think about how big a change doing something might be and what you can do to ease its impact?

Read the previous one – Mind Matters – Fear of re-entry