MP Danny Kruger was fined at Westminster Magistrates Court on Wednesday 9 June for not being in control of his dog in Richmond Park. The dog, a puppy called Pebble, chased after a herd of deer, many of which were pregnant, causing them to stampede.

The Conservative MP for Devizes admitted losing control of his 11-month-old Jack Russell during a walk with his family on 20 March. In a statement on his website he said:

‘What happened was at the end of a long family walk our 11-month-old Jack Russell, Pebble, got ahead of us without me noticing. He then came across a large herd of deer, and chased them round for the 45 seconds it took me to run up and put him on his lead.

‘He didn’t injure an animal and he came when I called him. But it was clearly wrong to let him chase them in the first place and I apologised profusely to the park rangers guarding the deer, to the police who (just my luck) happened to be sitting in their police car watching them too, to the other walkers and cyclists, and to the court today. Lesson learned’.

Donald Milton recorded the dog chasing the deer and has put the video on social media. 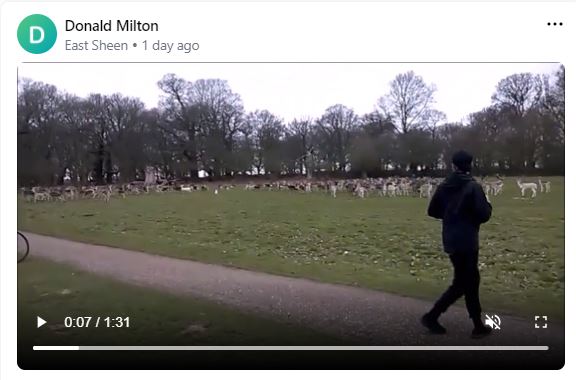 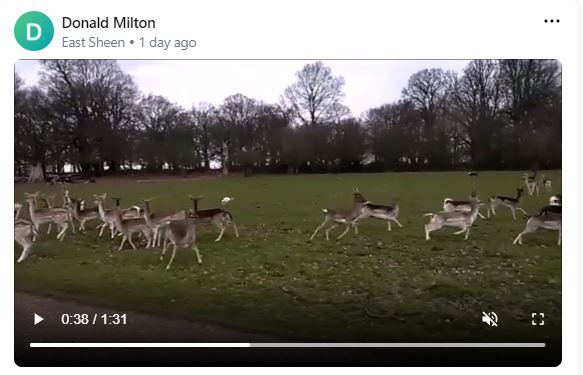 Danny Kruger was fined £120, which with costs came to £719, having pleaded guilty to the charge of  ‘Causing or permitting an animal in charge of to chase / worry / injure another animal in Richmond Park… without written permission from the Secretary of State.’

PC Samantha Riggs gave evidence that the deer were in a “panicked state”. Volunteer ranger Duncan MacCallum told the court he asked Mr Kruger to call his puppy back, “which seemed to spur him into action”.

Lawyers like to entertain the court with a witty remark if the opportunity arises. Prosecution lawyer Dominic Hockley said: