TfL is inviting people to have their say on new designs for CS9 in two sections between:

Along Chiswick High Road, the existing space for pedestrians on Duke’s Avenue outside Our Lady of Grace and St Edward Church has been retained, whilst maintaining the proposed benefits for cyclists and the fully segregated cycle track, by removing the right turn lane into Duke’s Avenue. Banning the right turn for vehicles will also reduce the likelihood of collisions at this junction.

The consultation on the revised designs for two sections of the route is now open and will run until 26 February 2019. Responses can be submitted online at tfl.gov.uk/kew-duke, by post or by e-mail. Construction on the route is planned to start later in the year, subject to formal approvals by Hounslow and Hammersmith and Fulham councils, with the route expected to be complete in 2021. 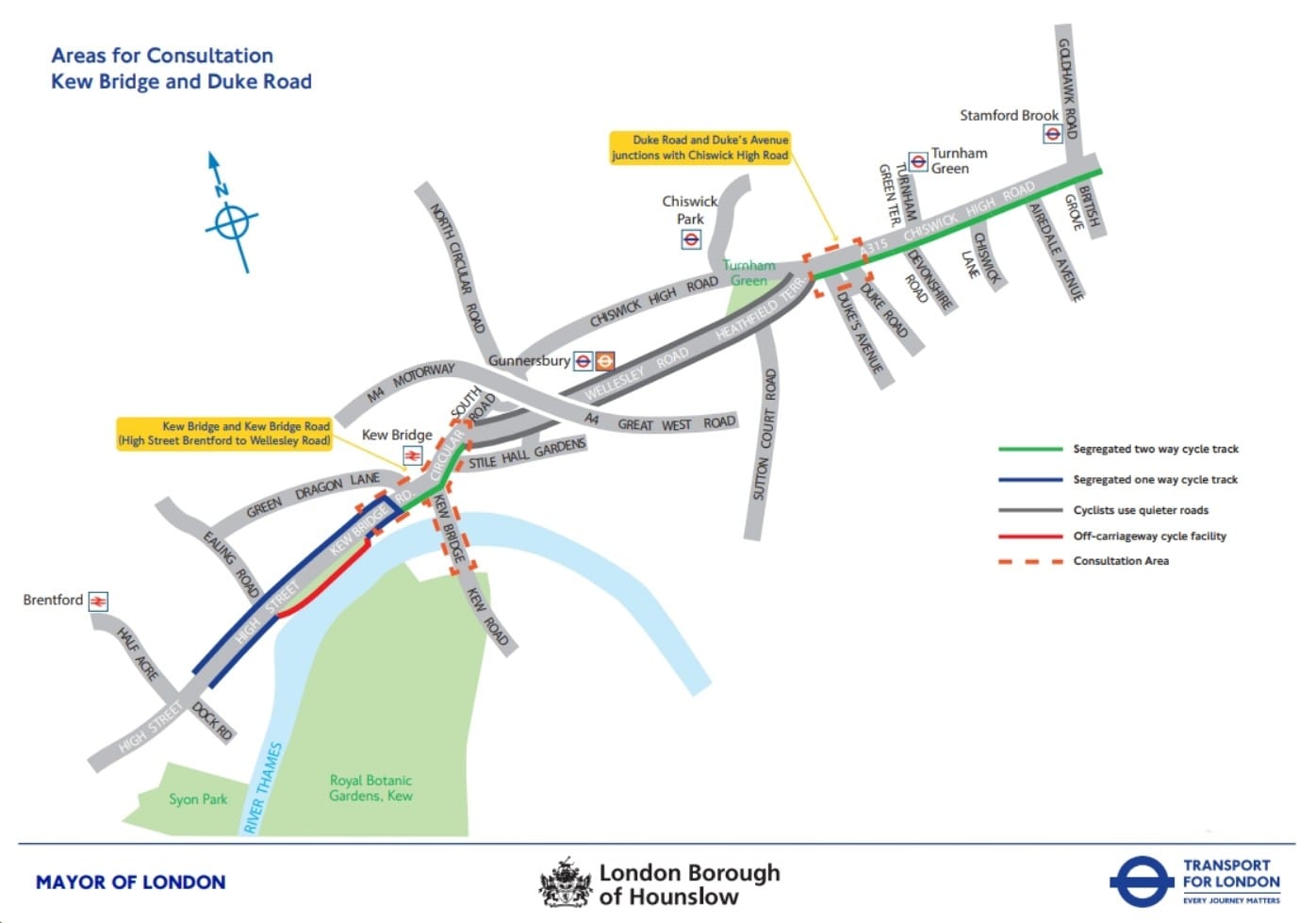 TFL map of the areas where TFL are carrying out further consultation (above).

TFL map of the proposals for Duke Road and Duke’s Avenue junction with Chiswick High Road (above). 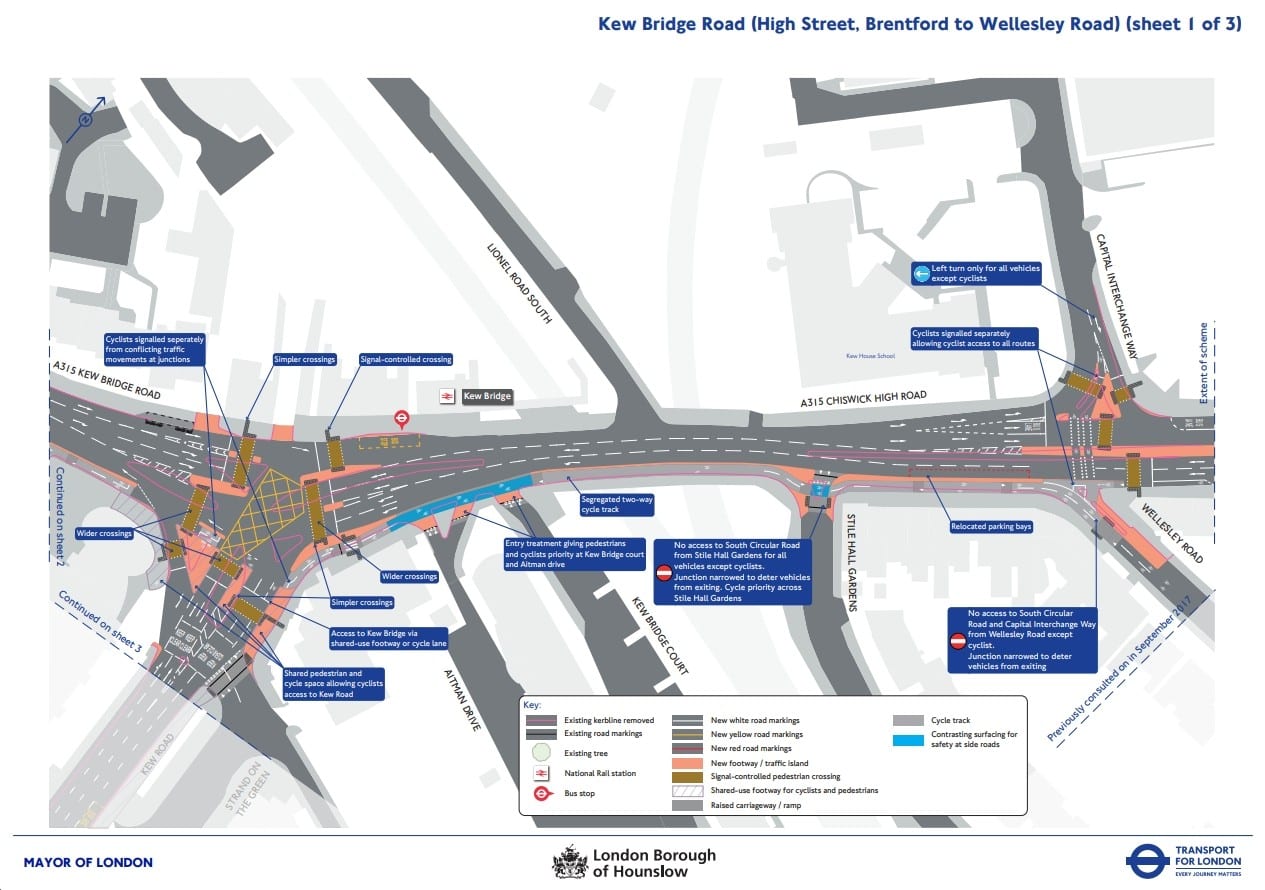 TFL map of the proposals for Kew Bridge and Kew Bridge Road to Wellesley Road (above).