The number of penalty traffic notices issued to motorists for driving down Turnham Green Terrace since the road was closed has now reached 7281. That’s a little over 100 a day since enforcement of the traffic restrictions began on 18 August.

Some drivers have been ticketed for numerous offences, including one person who has been fined more than 20 times according to Cllr John Todd, who has found out the information from LB Hounslow.

The cost of a penalty traffic notice is £130, but if it is paid quickly the fine is half that, £65. Of those who have been fined for driving down Turnham Green Terrace, 2983 have paid. Cllr Todd has learned that 859 notices have been cancelled.

He asked for clarification on how the council was dealing with appeals and was told:

“We are dealing with careful consideration any representations submitted by motorists who contest their PCNs”.

The Chiswick Calendar has heard from several people who have successfully contested their fine on the basis that they hadn’t seen the road signs or were unsure as to what they meant. They also expressed contrition. 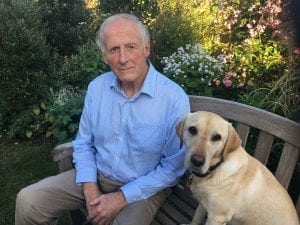 Cllr Todd said people have been fined because they just weren’t aware of the changes:

“Initial warning to residents, businesses and other users about this scheme was grossly inadequate and was compounded by inadequate signage, a matter which continues, despite our representations.”

The council denies the signage is inadequate:

“The signage installed identifying the motor vehicle prohibition (and exemptions) are in accordance with the Traffic Signs Regulations and General Directions 2016”.

It also denies the signs need to be lit:

“In accordance with the Traffic Signs Regulations and General Directions 2016, the signs are reflectorised and, as the road speed limit is 20MPH or less, no illumination is required”.

In his correspondence with the council, Cllr Todd asked why the signs on Turnham Green Terrace had been altered, with a word blocked out.

The answer was that the signs as initially installed had included the term “local buses”. This has subsequently been amended to “buses” to make it clear that  school buses are exempt as well as public transport buses.

Cllr Todd also asked about Devonshire Rd. There 67 PCNs have been issued, of which 25 have been completed (paid) and 10 cancelled. “Others in the system are described in a variety of status / stages”.

Bunting made with love – you can tell

Episode 2: The Smell of the Crowd
Scroll to top