Our prime minister tells lies. That is a fact, proven over and over again on a new website authored by political journalist Peter Oborne. Not only that, but many of the Government do too.

SNP Commons leader Ian Blackford has been sanctioned for saying so. Labour MP Dawn Butler was thrown out of the Commons for saying so, yet gradually because of the perseverance of Peter Oborne and journalists like him: Peter Stefanovic, LBC presenter James O’Brien and the Full Fact team, steadily producing a mountain of incontrovertible evidence, the elephant in the room is beginning to be addressed in mainstream media.

I talked to Peter Oborne, a long-term resident of Chiswick, about why this issue is so important to him, that in effect he has sacrificed his own journalistic career to bring this to the public’s attention.

“I’ve been writing on this theme for 20 years” he told me. “I wrote a book in 2005 called The Rise of Political Lying  which was mainly about Tony Blair. Ever since then I’ve kept a file of prime ministers’ lies”.

“Many believe that it is in the nature of politicians to dissimulate and lie” he says in his website’s mission statement.

“They say that it is as futile to complain about this as to complain that wasps sting. But many politicians possess integrity. If you shrug your shoulders and say they are all liars, then you are giving a free pass to the liars and cheats”.

He describes Boris Johnson as “uniquely deceitful”, an opinion based on nearly 30 years’ experience working as a political journalist.

Image above: Peter Oborne being interviewed on the BBC in 2015 when he parted company with the Telegraph

“Powerful sense of right and wrong”

He left the Telegraph in spectacular fashion in 2015 when he said advertising contracts at the paper were “allowed to determine editorial judgments”. The Guardian‘s political editor at the time, Michael White, wrote what made Peter Oborne unusual “is his powerful sense of right and wrong.”

Leaving the Telegraph torpedoed his career, involving a huge loss of income. He hooked up with the Mail once more, as their chief commentator, but in October 2019 he did it again, publishing an incendiary article in Open Democracy accusing the media, including his own paper, along with the Times, the BBC and ITN of “peddling Downing Street’s lies and smears”.

“This article marked the end of my thirty-year-long career as a writer and broadcaster in the mainstream British press and media” said Peter. “I had been a regular presenter on Radio 4’s The Week in Westminster for more than two decades. It ceased to use me, without explanation. I parted company on reasonably friendly terms with the Daily Mail after our disagreement.”

Now his work on the Boris-Johnson-Lies.com website is paid for by the public, through fundraising on Go Fund Me, which is a novel experience for him, both liberating and introducing a new kind  of responsibility to all those people who have given them their fivers and tenners.

First he wrote a book The Assault on Truth, published earlier this year, which ironically became a Sunday Times top ten best-seller. Then last week he launched his new website.

Why did he do it?

“I started to get worried about Boris Johnson when he was Foreign Secretary and started my first website on Boris’s lies shortly after he became prime minister, when he started uttering lies in such an epic way, one after the other”.

Image above: Peter Oborne’s book The Assault on Truth

“I’m well aware I could be bankrupted over this”

As Prime Minister there have been so many lies that Peter’s newly relaunched website at time of writing only goes up to March 2021.

“I’ve done all the work on another 150 or so. We’re adding them all the time and by the end of the year we hope to be up to July and by early next year at the point where we’re adding them in real time”.

By “done all the work” he means not only recording what was said and checking it against available facts but writing to the accused (various ministers and government departments as well as the prime minister himself) so the public can see how they’ve answered. Answers range from prevarication and silence to threats of a defamation suit.

“I’m well aware I could be bankrupted over this”. 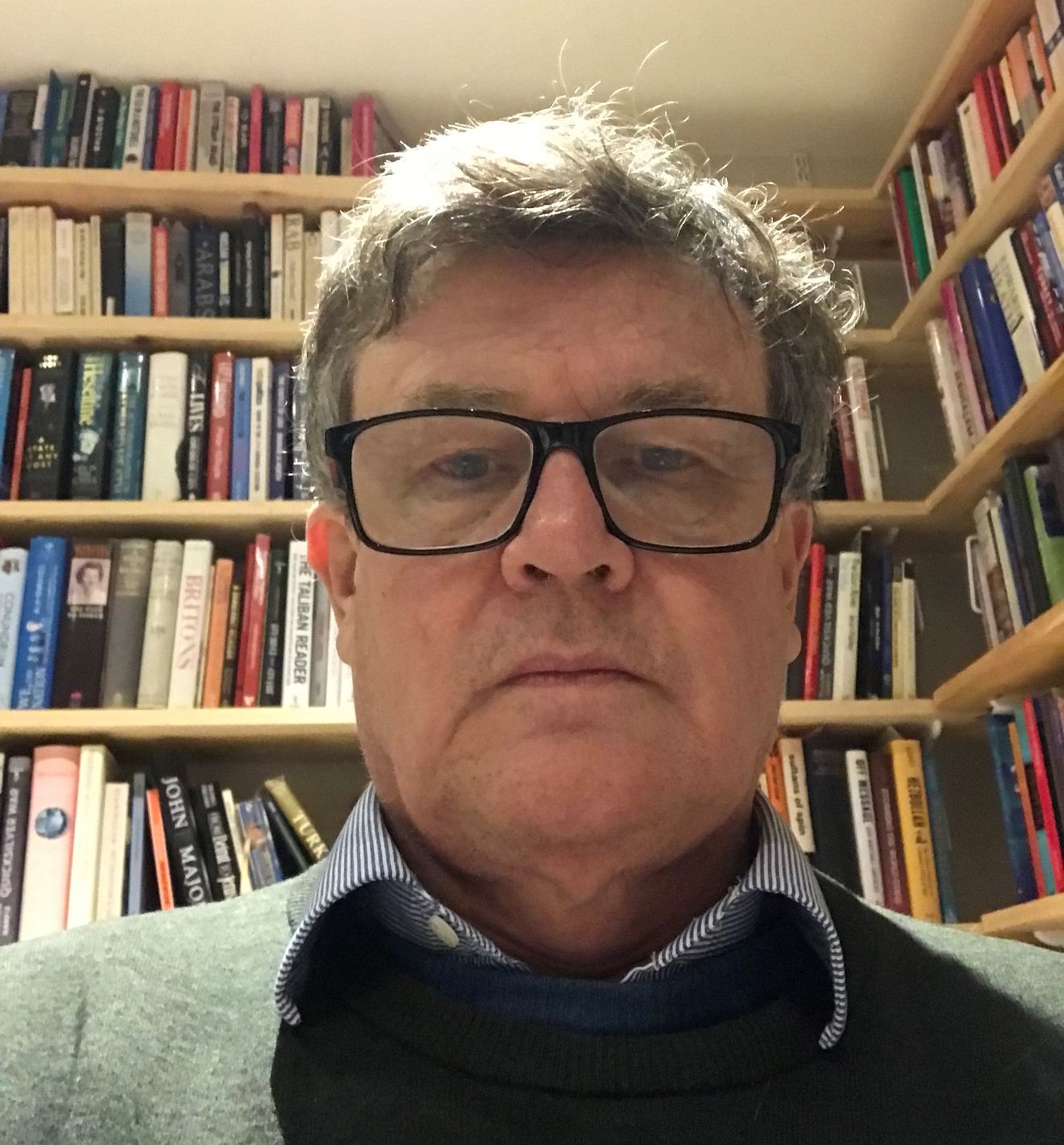 “Governments which get away with lies get away with the misgovernment the lies protect. They never take responsibility for error and failure. Billions of pounds are siphoned by cronies or simply wasted.

“Service people give their lives in wrongful wars and there are thousands of premature avoidable deaths, not only in pandemics, but in the normal course of bad government decisions on healthcare.

“People lose trust in their governments and ignore them even when they are telling the truth. They therefore persist in behaviours which are harmful to them, their families, their community, their country and their planet”.

With so many to choose from, it’s hard to pick out the most egregious, but saying the Brexit deal would not create a trade border with Northern Ireland was one he found particularly harmful. It threatened to destabilise the peace and undo the tremendous achievement of the Good Friday Agreement in ending the Troubles.

Claiming the government was building 40 new hospitals is another whopper he singled out:

“Johnson’s promise boiled down to a pledge to provide up to 40 hospitals with seed money for building plans where building would not begin until at least 2025, after the next general election but one”.

Announcing the government had restored the nurses’ bursary was another highly misleading exaggeration:

“This refers to legislation that was introduced in 1968 and provided a financial allowance to people who were studying healthcare, medical, dental or social work courses.

“It is true that the government will offer a new educational grant of £5,000 per year (increasing to £8,000 in some cases) for all nursing students on courses from September 2020.

“However this falls significantly short of the bursary system previously scrapped by the Conservative Party. Under the system Johnson is referring to, nursing students will graduate with up to £60,000 of debt”.

At the time Peter was writing The Rise of Political Lying  Boris Johnson was his boss on The Spectator. Peter liked and respected him:

“He was a superb editor of The Spectator”.

“He’d studied Classics and he gave me some good coaching on Plato and the concept of the ‘noble lie’: the idea that in government some lies were necessary because people aren’t capable of absorbing the truth”.

Whether or not Boris Johnson believes that, Peter is not sure. The expediency of telling lies as a short-term strategy to win elections is unanswerable; by the time those who can be bothered to unravel the web of lies have caught up with you, the election is won.

But Peter is in no doubt that lying to the public is plain wrong and harmful to democracy and that the media have been complicit.

Profile of Chiswick based psychotherapist Nicholas Rose
Scroll to top