A survey launched by LB Hounslow on the impact of Cycleway 9 is for “everyone to take part in” despite being aimed primarily at people with ‘Protected Characteristics’.

Supporters of the cycle lane have accused members of the One Chiswick group, who oppose the cycle lane, of ‘gaming’ the survey by encouraging their members to submit responses, regardless of whether or not they fit the ‘Protected Characteristics’ criteria.

But Hounslow’s Cabinet Member for Transport, Councillor Hanif Khan, has told The Chiswick Calendar this doesn’t matter. He told us:

“If everybody from One Chiswick completed it and they put in lots of information, then they’re entitled to do so. But what I want to clarify, is that we would be in a position to be able to look at the survey to see if there are any new issues that have arisen that we haven’t already considered.

“Ultimately it is for those groups who that certainly need to be protected… those with disabilities, those who suffer from autism … Those are the people we really want to complete the survey and if they’ve got those characteristics, we should be able to identify their needs.”

Survey launched to find “hazards council may have missed”

The whole point of the survey, Cllr Khan said, was to identify potential risks or hazards posed by the project which the council might have missed – risks which specifically affect people who have ‘Protected Characteristics’, as stated in the 2010 Equality Act. The most relevant here are age, disability and pregnancy, which might affect vision and speed of movement.

The Cycleway 9 project, led by Transport for London, aims to provide a safe cycling route between Kensington Olympia and Hounslow. Part of the route was introduced on Chiswick High Road in December 2020 between the junctions with Goldhawk Road and Heathfield Terrace.

Hounslow Council is now introducing changes to it, which will be considered temporary, experimental and the subject of consultation for the next eighteen months.

Criticisms of the two way segregated cycleway include the risks it poses, especially to elderly and disabled pedestrians in Chiswick crossing the road and the risk to bus passengers who now have to cross the cycle lane to get to a bus island to board their bus.

An Equalities Assessment Report presented to the Hounslow Council Cabinet in July stated that the design of the Cycleway is within statutory guidance, including for bus islands and that the council has attempted to engage with groups representing the elderly, the partially sighted and people with other disabilities.

The council says the design of bus islands follows a blueprint adopted following extensive studies and trials, such as the Transport Research Laboratory trials between 2015 and 2018. The trials involved in-depth on street monitoring (including video surveys) as well as interviews with people with mobility and visual impairments. 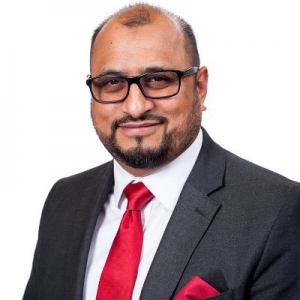 The council believes the cycle lane’s new design deals with many of the concerns raised in a legal challenge by One Chiswick, including the introduction of bus shelters on bus islands and more drop off points for taxis on Chiswick High Road.

The Council has recognised that when it’s raining people will stay under the shelter and dash across to the bus island when they see the bus coming. Much better, they think, if the shelter is on the island.

Critics quickly voiced their concerns about the latest changes, citing risks for elderly and disabled people and claiming that plans for bus shelters on the bus islands will constitute as an even higher risk to the elderly and visually impaired. .

Others decried the survey for lacking detail and images to highlight potential hazards.

In response to comments made about missing pictures on the survey, Cllr Hanif Khan said:

“Generally surveys that we do don’t include pictures, they come in a question and answers format. If I was someone who was disabled and I lived in the area, I would know the area very well.

“If we put out a survey and provide the information, then what’s the survey for?”.