The organiser of the Farmers Market which used to take place in Ravenscourt Park is suing LB Hammersmith and Fulham Council because they have withdrawn his licence to trade there and at Bishops Park in Fulham. Ross Spurrier of RMS Markets is seeking damages of almost £50,000.

The Ravenscourt Park food market was set up in September 2020, after the success of the Bishops Park market. It closed during the second lockdown in 2020 and was set to open again on 17 April 2021. When the Prime Minister made his announcement about the third lockdown on 4 January, food markets were allowed to stay open, but RMS Markets say they were told by Hammersmith & Fulham on 11 January that they must close.

They were told on 17 March that they could reopen on 17 April in Ravenscourt Park and on 18 April in Bishops Park and the Council was itself promoting the reopening of the ‘popular’ markets on Twitter. Then suddenly Ross was told the licence was being withdrawn. 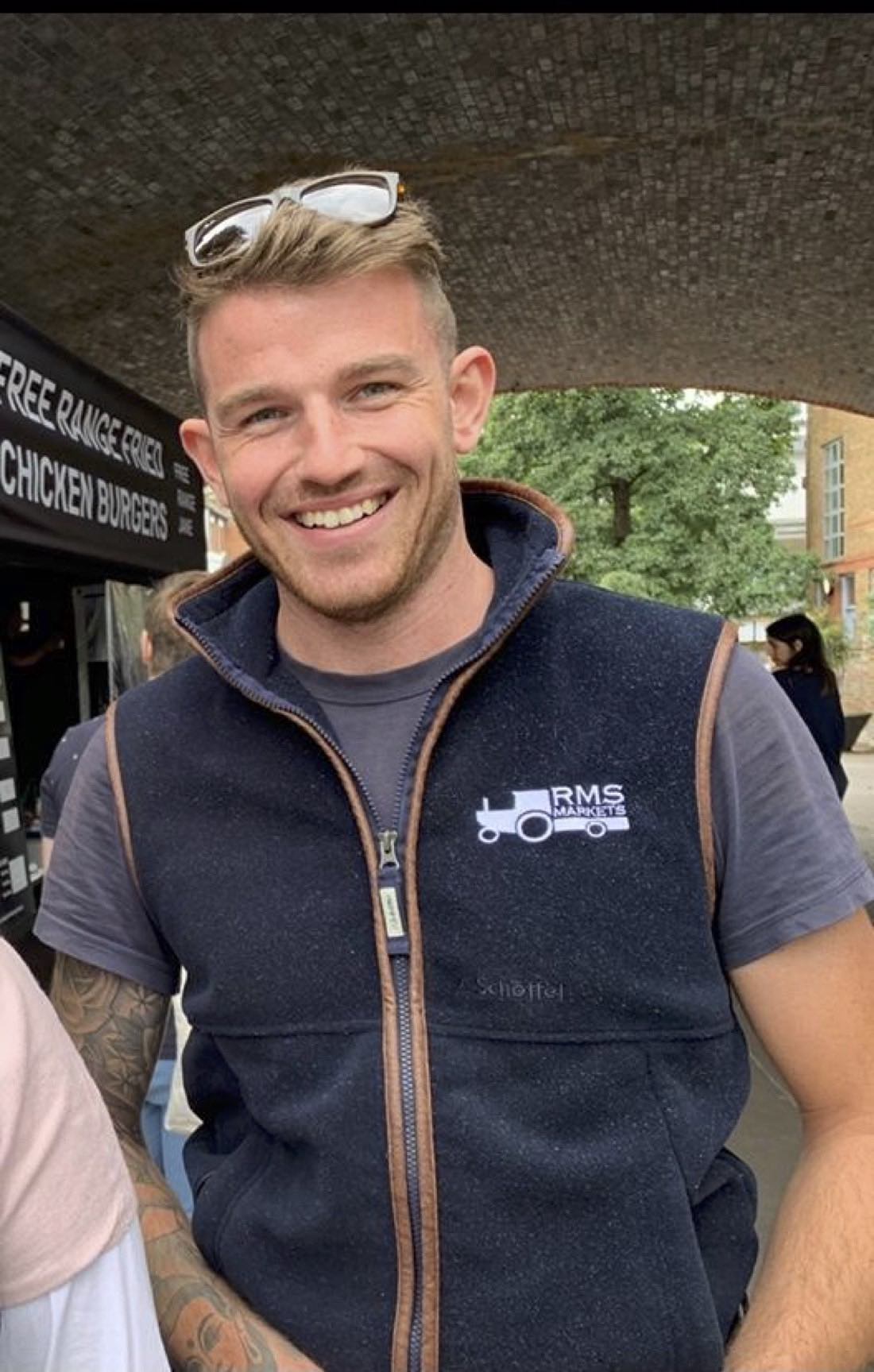 Initially Ross said he would defy the Council and carry on trading, as both markets were popular and his traders were ‘devastated’ at the loss of the opportunity to sell their produce. They have a pool of about 50 traders whose stalls they rotated, selling fresh food including bread, cheese, vegetables and street food.

LB Hammersmith & Fulham then obtained an injunction preventing him re-opening, citing Covid safety as the reason.

The Council told The Chiswick Calendar in April:

“The farmers markets were originally introduced to encourage foot fall but as the pandemic has taken hold, pressure on space within our parks has become extremely high. We have therefore prioritised all the space in our parks for the facilitation of sport, fitness, play and recreation”.

At the same time LB Hammersmith and Fulham announced it was considering Ravenscourt Park as a location for parkrun.

On 21 June, Mr Spurrier filed and served his Defence and Counterclaim, seeking damages of just under £48,000 (plus interest and legal costs) for the losses that he has suffered as a result of the Council’s closure of his business.

“My business has suffered terribly”

Mr Spurrier said: ‘Most local businesses have returned to almost full operation, and in less than a month the Government intends to remove the final social distancing restrictions. Despite that, the Council apparently thinks it right to take out injunctions to stop open-air traders from operating in its parks because of supposed coronavirus concerns.

‘I don’t think that is fair or a good use of public money. My business has suffered terribly as a result of what the Council has done to me and other small businesses like mine, and I have been left with no choice but to defend my rights.’

Mr Spurier set up a petition to re-open the markets that has received over 1,900 signatures, and he says that local people and businesses have donated generously to his legal fighting fund. He has moved his market traqders to two new locations: the playground of Brackenbury Primary School, just a five minute walk from Ravenscourt Park. on Saturdays and the entrance to the Hogarth Club on Airedale Avenue on Sundays.

Images above: the RMS Farmers Market in Ravenscourt Park

Council ‘have to accept the consequences of their actions’

Mr Spurrier has engaged barristers Robert Griffiths QC and Nicola Strachan of 6 Pump Court to fight his case. Mr Griffiths is a leading public and commercial QC who has become known as a tconsumer champion by successfully taking on similar cases against Camden Council and other local authorities, successfully. He commented:

‘Local authorities have to accept the consequences of their actions, and appreciate that the failure to comply with the Coronavirus No.3 Regulations relating to COVID-19 and the closure of business sounds in damages.”

‘It has become clear that London Borough of Hammersmith and Fulham Council has acted without any regard to the Regulations, and has produced no real evidence that it acted on the basis of any public health advice.

‘The Council has made clear that it intends to put the farmers’ markets concession out to tender, and that they will resume once that tendering process is complete. A desire to change its commercial arrangements should not have played a part in the Council’s decision-making process in this case, under the cover of purported concerns about COVID-19.’

Spencer West is a leading full service international law firm advising businesses and individuals across the UK and globally. 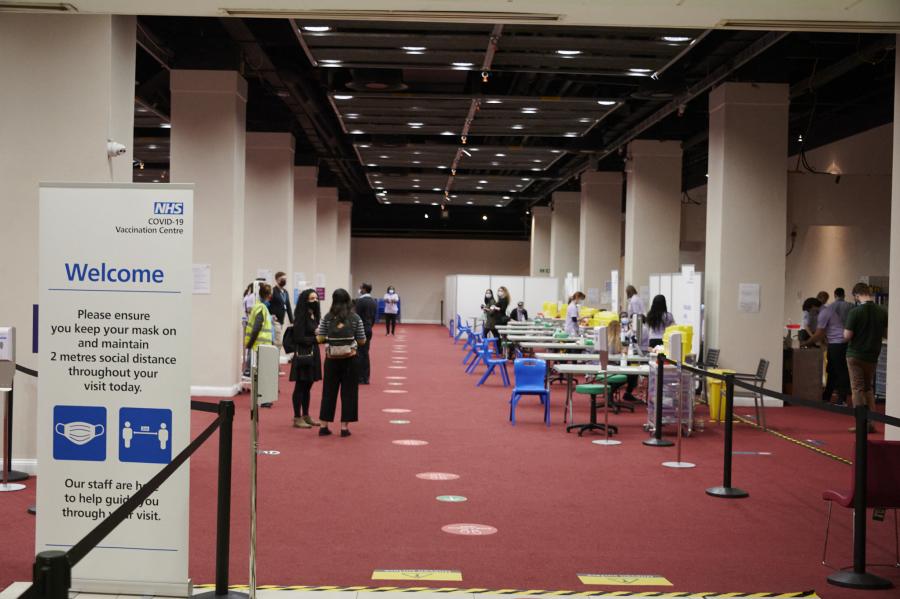 Image above: The mass vaccination hub in Hammersmith

When asked for comment by the Chiswick Calendar, Hammersmith and Fulham Council, did not comment specifically on the new legal challenge but reiterated that their original justifications for the market’s closure remain the same.

Geoff Cowart, the Council’s Head Of Communications, said ‘as lockdown is still in effect the council is maintaining our injunction owing for the need to protect public health’ and that the planned lifting of restrictions on Monday 19 July is ‘still not confirmed’ meaning that no assumptions can be made regarding the continuation of markets in the coming weeks.

As the UK continues its race between the vaccination programme and the virus, local councils are facing considerable pressure to protect both the needs of public health and local businesses. Coronavirus cases in the United Kingdom have risen dramatically in recent days, the latest figures show that over 27,000 new cases on the 1 July.

While Prime Minister Boris Johnson and Health Secretary Sajid Javid have both repeatedly expressed confidence for the planned relaxation of rules, a final decision on this will not be confirmed until Monday 12 June.