Shantanu Rajawat is the new leader of Hounslow Council with Katherine Dunne as his deputy. The two recently re-elected councillors were chosen by Hounslow Labour Party membership at their AGM on Monday night (9 May).

Shantanu’s leadership style is expected to be more collegiate than that of former leader Steve Curran, who stood down before the elections because of ill health. A senior member of the party we spoke to told us he stood for carrying on all the good work of the last administration, “but in a more inclusive way.” He expected the culture to change, with more engagement within the group between Cabinet Members and the rest – “a more consultative approach.”

Shantanu spoke to The Chiswick Calendar about his vision for the next four years and told us:

“My vision is more of a listening council. I want people to feel they have been listened to and heard.”

I asked if that meant he would change the way the traffic restrictions in Grove Park and Strand on the Green are managed and whether they would be prepared to spend more money on it. He said the LTNs were in continuous review.

“If the cost is justified and you can measure its effect, it’s worth spending the money.”

His goal is to deliver the manifesto, in particular the ‘Young Person’s Guarantee’, which he described as ‘wraparound support from birth to the world of work’, bringing the various elements of what the council provides for children and young people into one team to focus the expertise they have in supporting young people. That is something he would be keen to invest in. 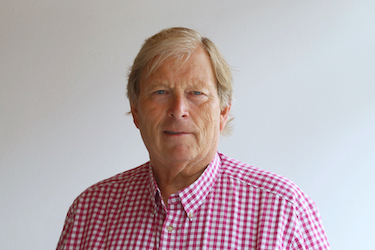 Guy Lambert, who worked closely with both Shantanu and Katherine in Cabinet over the past four years, told us he was:

“Delighted with the new leadership. They’re well placed to build on our record of council of the year 2021.

“An experienced leadership team who were at the heart of the last administration, can build on the considerable successes and  who are committed to engage more closely both with the public and with the Labour team on the council.

“We have a lot of new, young, talented and committed councillors and our first foothold in Chiswick for decades. The way the election worked out, and today’s leadership outcome would be hard to improve.”

“Committed to building on the best work of the last administration”

Before the AGM there were seven candidates seeking election as leader but Shantanu was the favourite. After the vote he published a statement saying:

“I am honoured and humbled the Labour Group has elected me as their new leader and I am very grateful for the support of my colleagues.

“I want to thank Steve Curran, our outgoing leader, for all his hard work and fantastic achievements over the last eight years. Under his last administration, in which I proudly served, we built over 1,000 council homes, were independently recognised as having the best roads and among the best parks in London, and we won Council of the Year.

“I am committed to building on the best work of the last administration, working to tackle climate change and air pollution, improve our estates and communities, and build social housing.

“But I also want us to forge out in new directions to build an even better borough. Fundamentally, residents and businesses want a listening Council.

“I want to work across the borough for cleaner streets and more opportunities for young people in Hounslow. I want to give local people every chance for their voices to be heard on local decisions so that everyone in Hounslow, from Chiswick to Cranford has a seat at the table.

“I want us to be transparent in our ambitions for the borough and how we will go about realising them. Ours will be a borough for all our residents and ours will be an administration that is always on their side.

See also: Amy Croft “surprised to have been elected” as Chiswick’s first Labour councillor in 30 years

See also: Sam Hearn – The frustration of being continually in opposition in LB Hounslow

If ever there were a Chiswick film this is it: Downton Abbey – The New...
Scroll to top