Hounslow councillor, Candice Atterton, is standing for The Labour Party. She says she hopes to utilise her passion for working to better young people’s lives to flip the seat to Labour for the first time in two decades, in what she says is a two horse race between her and the Conservative candidate, Nicholas Rogers.

See her interview with Matt Smith below. 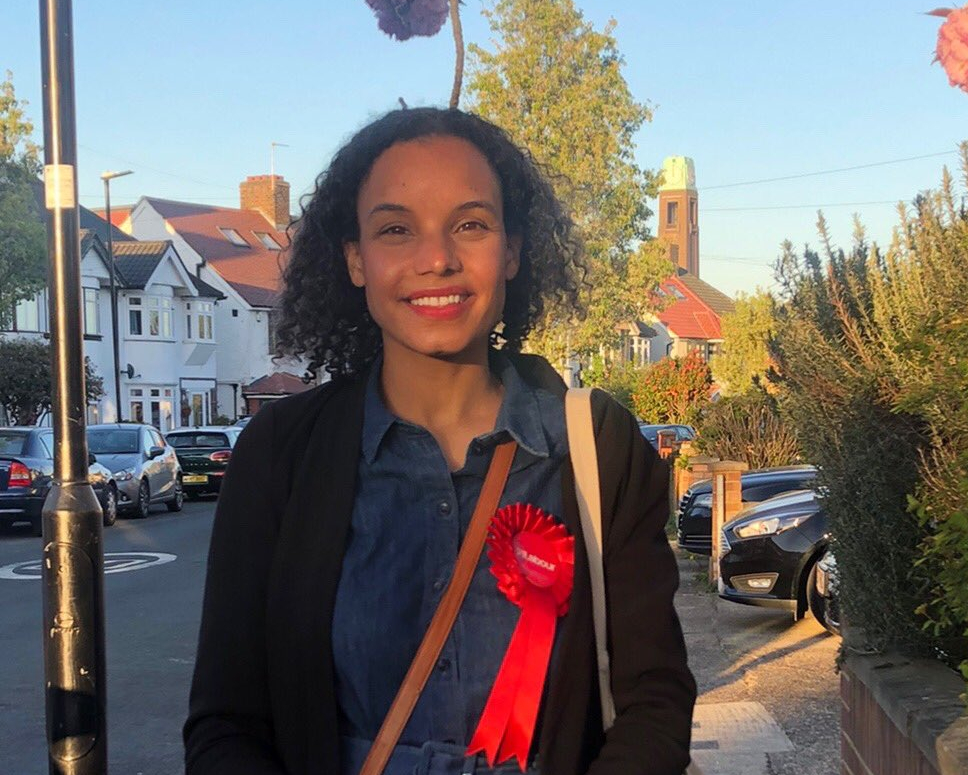 Just to start off Candice, I was hoping you could tell me a little bit about your background and how long you’ve lived in SW London?

“I grew up in Leeds and I went to university in Manchester and moved down to London after I graduated. I’ve been here almost 18 years and moved because my husband, fiancee at the time, is from down here.

“My first job was at Hounslow Council and I worked for Hounslow youth offending service. But prior to moving down to London, even in my late teens, I started doing youth work, mostly through my church.

“Alongside university I was part of a youth and community project. I saw a lot of domestic violence and anti-social behaviour. I was doing detached social work, meeting kids from all kinds of different backgrounds, lots of them getting into trouble with the police.

“I left university thinking I always want to live and work in areas where there’s a lot of deprivation and I want to try and make a difference.

“When I moved down here and got a job on the youth offending team on Hounslow Council, we chose to live in Hanworth where I got involved in youth work on the Butts Farm Estate. I was seeing more and more that the challenges were structural issues, with people trapped in poverty and inequality. I can make small differences doing youth work and community work with these people but really I want to try and challenge some of the things that get them into the problems in the first place.

Is that still what you do for a living?

“Now I work in Feltham young offenders and I work for Bernardos charities which is a children’s rights and advocacy role.

“A couple of years ago I did a masters in global health and that’s where I sort of found my first love again for the children that get involved in the criminal justice system. At the time there was lots of press on serious youth violence and I was wanting to do something about that.”

Image above: Candice in a promotional image for the SW London Assembly election

Are your experiences what made you want to get into politics?

“Definitely yeah. So going back to the Butts Farm estate in Hanworth where I lived for 14 years, it was that which really made me think I want to change things upstream and try to figure out why these people are in crisis in the first place.

“It was around 2010 when Labour lost the election, we got the coalition government and I was shouting at the TV about stuff and I decided I can’t just shout at the TV I need to try and do something.

Can you tell me a bit about your candidacy platform?

“It’s probably quite clear already that my first love is for young people, I have a huge passion for young people. One of the things I would want to achieve is to get a really good, strong offer to young people. London is the greatest, possibly in the world, but we still see so many young people that are not thriving and making the most of all the great opportunities we have in the south west.

“There are kids that I work with in Hanworth who’ve never even been to central London. I worked with a young girl and took her on the tube for the first time and she was terrified because she had never travelled on the tube, she’d never been to the Thames.

“So there are children in London who’s worlds are very small and mostly spend time on the estate where they live and go to school.

“A big thing for me too is that I’d love to work with Sadiq Khan. I really am pleased with the Young Londoners Fund that has been set up and that has really plugged some of the gaps. It’s been really hard being a Hounslow councillor and seeing the cuts and the decisions we have had to make because we have faced massive cuts as local councils and I’ve been part of some of that decision making.

“I would also really like to work with Sadiq around tackling serious youth violence. Sadiq has incorporated all of the violence against women and girls work into his violence reduction unit, and I’d love to do some work around that and making sure people know how to get support.

And if you were elected as an Assembly member realistically I know you have these goals but what do you think you’d be able to achieve?

“I definitely think around this offer for young people I think I can achieve that, even if it’s just some clear communication around belonging. I think I would really want children and young people in the south west to know that they’ve got an assembly member who cares about them, who wants them to know that this is their area, their city and they should have full access.

The seat has been held by a Conservative for 21 years. What difference do you think you can make as an assembly member, would you do anything differently?

“Well the community engagement is really important to me. I’ve lived here for 18 years and I’ve never heard from Tony Arbour, he’s never knocked on my door, never put a leaflet through my door, never sent a newsletter to me. What I’ve learnt from all the canvassing that I’ve been doing is that it is a huge area, it’s not as easy to get around as say a constituency. But in 21 years I would like to think that I’d be a bit more known than Tony Arbour.

“Another big area of need is the green agenda, I’m really passionate about green issues and really proud of Sadiq’s record so far. I think he has some really brilliant ambitions for cleaning the air even more, protecting our green spaces and encouraging walking and cycling. I would want to be pushing for us to go even further and I do think some of that requires lobbying and supporting City Hall to really lobby the Government to put money into the south west to improve cycle infrastructure and more affordable transport, protecting the Freedom Pass for older people and free travel for young people.

My final question is, why are you a better choice than any of the other candidates, do you have anything to say about the other contenders?

“I’ve talked to a lot of them we’ve been in hustings and things like that now. Everyone has got good things to bring to the role, but I think I’ve got the personal, professional and political experience. I was from a working class background and had opportunities through school, through community and through faith groups that meant I didn’t end up as some statistics that might have been expected based on my childhood.

“I understand some of the troubles people are going through in London, but even coming from a certain background we did have security of housing and I really see how housing is important and if that’s not available to you how it impacts on your health and well-being.

“My professional experience is obviously around young people and around youth justice, young offenders and public health such as obesity, drugs and alcohol, sexual health, mental health which are the big areas of work I’ve been involved in.

“I’ve also had opportunities to lead the council, make decisions and I’ve chaired the Housing, Environment & Scrutiny Panel. The role of an assembly member is a lot of scrutinising so I have experience of that too.