Gareth Roberts, the Liberal Democrat candidate for the seat, is already a pretty well established face in SW Londons politics. Gareth is a the leader of Richmond council and believes his experience in politics qualifies him for the seat on the assembly.

See his interview with Matt Smith below. 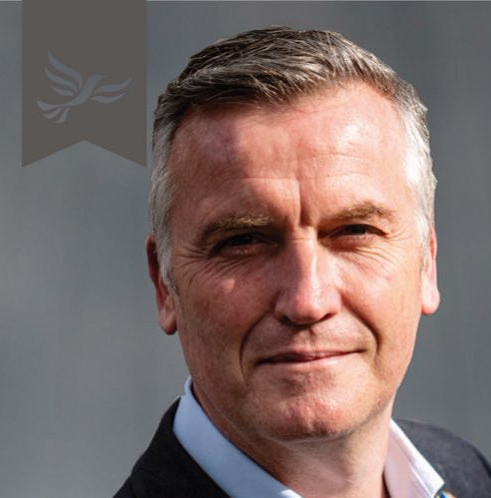 Can you tell me a bit about your background Gareth, and how long you’ve lived in the area?

“Well I’ve lived in south west London since I went to university which was in the last millennium and that was at St Mary’s where I read classics and history, so that would have been the early 90s. I came down from Derby and never really left because it was just a step back and if you’ve ever been to Derby you’d know why.

“So I stayed down here, got a job and I’ve been involved in local politics for the last 10 or 12 years.”

And what is it you do for a living?

“Being Leader of the council is a full time job at the moment but my background is in market research. Rather than do the research itself we were the people who facilitated the research, so all of those people with clipboards in the street. Not the ones who ask you for money because they’re pains in the backside but the ones who will invite you in to test three different types of new Mars bar variants or something. So I effectively arranged for those people go to and harass other people on the street so I apologise for that.

And what made you want to change from that and go into politics?

“Well it wasn’t so much as I wanted to change, it was we won the election in 2018 and there was a job to be done so obviously duty called. We still keep our hands in, my wife does market research too so I’m able to do a small amount of work with her company, but it is a full time job being leader of the council at the moment.”

Can you tell me a little bit about your candidacy platform?

“Yes of course. Well, there are some key issues we need to get right in south west London because it is a very nice place to live. It’s full of very nice neighbourhoods, very nice locations and is historically one of the lower-crime areas of the capital.

“But what we have of course is a shortage of police and that’s something which is an ongoing trend both under Boris Johnson and Sadiq Khan, and really to be honest also under Ken Livingstone which was sort of the whittling away. When I first became a councillor, each ward in Richmond had a dedicated ward sergeant and then slowly and inexorably you would find two wards shared sergeants and then three and now I think there are some places where you’re up to four or five.

“What we need to do is get back to the idea of community policing. Having a proper, decent structure of police which is going to serve the needs of local people because, even if the police do an excellent job locally, one of the main complaints I hear as Leader of the council is that we just don’t see the police on the streets as much as we used to and that’s what we need to have.

“Because one of the key competences of the London Assembly is to hold the Mayor to account on his policing promises, we have to make sure we are getting a fair deal for south west London and that we’re not just going to see all of the new officers posted within zones 1-3 which is what Mayors of London always seem to do, they forget that London continues beyond zone 3. So that is one of the key planks but obviously there is going to be support for businesses and energising and revitalising the high streets.

What difference do you think make realistically as an assembly member?

“I think all of the difference is the key thing, because for the last 21 years we’ve had a London Assembly member who’s effectively appeared with all the frequency of the Brigadoon. He will turn up at election time and then you’ll never hear from him again.

“I’ve been going door to door to various households campaigning and when I meet somebody who is a staunch Conservative the one question I will always ask is: Who’s your London Assembly member for south west London? And I think three people so far have been able to tell me what his name is, even though he’s represented them and taken those Tory votes for the last 21 years.

“So what difference can I make? All the difference. I will be visible, I will be someone who stands up for south west London and if there is an issue such as Hammersmith Bridge, Stamford Brewery, the Osterley Tesco development, you’ll hear from me. I will speak out for residents, I won’t always agree with everything they have to say because that’s the worst sort of politician in my view, the constant yes-man who moves with public opinion and just being terribly populist. However they certainly will have a voice, that’s the thing and that’s something which has been denied to them over 21 years of neglect.

“The Conservative candidate, whilst a nice guy, lacks any real political experience and in a chamber of just 25 members, if you’re going to send someone into city hall to stand up the Mayor and to get something done for your local area, you need to send somebody who knows what he’s doing, who’s got political experience. This isn’t the time for work experience, it’s somebody who needs to someone who’s sensible and has experience governing south west London.

I see, well you’ve kind of eaten into my final question which is how are you a better choice than any one of the other candidates, do you have anything to say about the other contenders?

“Well first and foremost, let me take them in turn. I think that really, for Andrée Frieze has said that she is unlikely to win and I think that we can win we have the data to prove it because we went through 2017, 2018 and 2019 first past the post elections and we saw the Liberal Democrats gradually moving up into first place and then we had the 2019 European elections and again we were first place then. It’s an opportunity to not have another four years of a Conservative candidate and I’m the person who could beat them.

“In terms of Labour, I’m sure that Candice is perfectly nice and capable however she does not have the experience that the time requires. I sit on various committees including the leader’s committee of London councils and I know what it takes by working across party. What you will get with the Labour candidate is somebody who will be in the pocket of, it looks to be Sadiq Khan who’s going to in, you’ll get somebody in the pocket of Sadiq Khan and if you vote for the Conservative candidate you’re going to get someone who is soul aim will be to nip nip nip, quibble quibble quibble and not work constructively.