The Green Party’s candidate, councillor Andrée Frieze, is hoping to rack up some votes by prioritising the climate crisis and, what she describes, as London’s housing affordability crisis. Andrée has worked closely with the current Green Assembly Members in City Hall – Sian Berry and Caroline Russell.

See her interview with Matt Smith below. 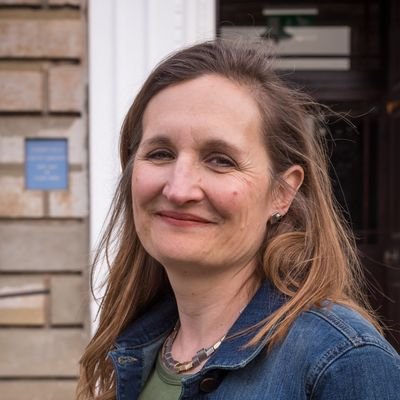 What is your background and how long have you lived in the area?

“I’ve lived in Kingston for 20 years, but I actually moved to Twickenham as a teenager back in 1984 so I’ve known this area on and off for nearly 40 years, it’s my home, my dad still lives in Twickenham. My two sons have gone to the local school, my younger son is still at Grey Court.

“I’m very involved in my local area, I’m also an elected councillor in Richmond and I have been since 2018.”

Do you have another job?

“I used to be a journalist up until 2014. I worked in the homes and interiors industry so I worked for magazines and something called the Home and Holidays document on the Sunday Mirror. My last job was Ideal Home which is the best-selling interiors magazine on the market.

“Then in 2014 I left for various reasons, journalism was changing a lot and I needed to spend more time with my children. Then I was also looking at getting involved in politics. I’ve worked for a couple of not-for-profits in the environmental sector.

“I’ve been working at City Hall for the last 18 months, supporting the current, or the previous, two [Green] assembly members Sian Berry and Caroline Russell. So I’ve been writing briefs for them, writing speeches and articles for them, doing their case work, basically being a civil servant. I’ve seen City Hall from the inside and I’ve helped them prepare for Mayor’s Question Time and all the different committees they sit on – so I understand how the London Assembly works from the inside.

What made you want to get into politics?

“I guess I found it really hard that after the crash, we got the Conservative-Lib Dem coalition government and the blame was being put on poor people. Labour was blamed for causing the crash when it was the bankers that caused the crash.”

“We had austerity which made people pay for the crash caused by bankers and the financial system; we had the bedroom tax; people with disabilities were losing their allowances, then we had sanctions put on and Universal Credit where people were losing money and losing support and it makes me very angry.

“At the same time successive governments have done so little on the climate crisis and that has always been a big passion for me. I’ve been a member of Friends of the Earth since I was 18. We need to put the planet and the people at the heart of it, not the economy.

“One of my lines that I always say is ‘we can’t keep asking the wrong people to do the right things’ because the Conservatives, they care about big business and Labour care about the unions and jobs. So if you want the climate crisis to be dealt with you have to ask the Green Party people to do that.”

What is your platform?

“Our platform is very much about tackling air pollution we need to ensure that it is dealt with. Bringing in more measures for walking and cycling across the whole of London, protecting the green belt, all the usual kind of things you’d expect from the Green Party.

“Protecting social housing by trying to stop demolition, we need to lobby to stop Right to Buy because we can’t keep losing council houses. At the moment we have a net loss of council houses each year in London. We don’t have a housing crisis in London we have an affordability crisis. So we need to put in proper housing policies that deal with the affordability crisis, which means bringing in proper social housing and housing for key workers.

“We need to bring in rent controls too. We will build homes on brownfield land – not Metropolitan Open Land or Green Belt. On transport, we will bring down the cost of travel outside zone two – by scrapping outer London fare zones and on the environment, we will fight for action on the climate emergency so we can create the greenest city in the world.”

What do you think you can achieve as an assembly member?

“But within that there’s still much you can do, so the current assembly members have written reports and submitted research – one thing Sian Berry has done that she’s focussed on massively has been to look at youth services across the city and how they’ve been cut. She persuaded the Mayor to put £70 million of funding back into youth services. So that’s a key example of things you can do.

“I think what I would want to do is build on the work that Sian and Caroline have done and housing is a key focus of mine. Sian sits on the housing committee and a lot of money is spent on putting people into temporary accommodation and we know that people who live in overcrowded accommodation were worst affected by the pandemic. So we desperately need to sort out that housing crisis and that is one area I will absolutely be focusing on – trying to stop the loss of council housing and change the affordability of housing our city.”

Why should voters choose you over the other candidates?

“Well, for one I would say my experience as councillor. I understand a lot about how politics works, how you can bring pressure to bear, I’ve done casework, sat on committees and those kind of things so I have the experience as an elected councillor that I can then take up to the assembly.

“But also the fact that I’ve worked there for the last 18 months means I know how the system works, I know the people who work there, I know how the committee structure works and I know all the systems that enable you to put pressure on [the Mayor].

“Build back better rather than have developer led housing across the capital.”