Her Majesty the Queen passed through Chiswick last week. The royal cavalcade is not an uncommon sight in Chiswick, but this time the motorcycle outriders and blue flashing lights were to no avail. Reportedly, she sat in traffic like the rest of us. Journalist Julia Langdon chooses to see this as a deliberate act of solidarity with the suffering masses. 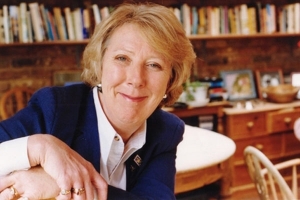 We’ve all been there. It’s been dreadful. The traffic is often bad in the Chiswick High Road but the last few weeks have been something like being trapped in one of the nine circles of hell. Starting in limbo and, well, ending there too.

And then last week, at last, some kind of deliverance: a message of hope for the future. Councillor Steve Curran mounted on a dashing white charger, riding to our rescue? Councillor Hanif Khan, the chap in charge of Transport, saying he’s really really sorry, it’s all their fault and Hounslow Council has got it all wrong?

No, of course not.

Yet better by far than that! The Queen, stuck in her Range Rover behind a 237 bus that, just like her, wasn’t going anywhere, and come amongst us to share our torment. For once this was a real expression of “We’re all in this together” and what better symbolic gesture could she have made than to demonstrate that even a cavalcade of armoured cars and accompanying police outriders is not exempt from suffering the misery that Hounslow council has visited upon us?

The first reaction on social media was that HM the Q, just like the rest of us, had made a mistake by attempting to drive down the High Road. “Don’t they have Satnavs, these people?” someone wrote on Twitter. “Couldn’t they have checked it out?” On the contrary, however, I choose to believe that it was an act of solidarity with her poor benighted citizens that decided the court on picking that precise route. I can just hear her saying it: “Let’s go down the Chiswick High Road. I believe the traffic is very bad there these days and it would show how much we care.”

What is more, my man on the spot reports that not only did Her Maj subject herself to this inconvenience, while nevertheless worrying no doubt about what on earth they would do the other end if she was so annoyingly late (go ahead without her?) but she also did exactly what the rest of us would do if we happened to be driving in a reinforced, heavy-duty people carrier, fashioned in toughened steel and weighing several tons. She drove on the wrong side of the road – making everything much worse for a bit because of course the traffic was actually stuck as usual in both directions – and then went down Turnham Green Terrace.

Pausing only momentarily in tribute to the traders of TGT, whose income has been so profoundly affected by the council’s chaotic decision-making and ensuing traffic torture, this cannot have been an easy decision for the Queen. And do not for a moment underestimate how much it meant. She may not personally have had the experience of the rest of Chiswick in having to make a round trip up the North Circular, across to Acton Town, down Bollo Lane, over the two level crossings and etc., just in order to avoid adding to the council’s takings in fines imposed for using the Terrace – and even though she may not have realised that the ban was actually temporarily suspended – well, what a mark of compassionate camaraderie that was.

I have seen one picture of HM in her car that day and was hugely impressed by the fact that she had thoughtfully dressed in funereal black as yet another message to Councillor Curran of her disapproval of what Hounslow Council is doing to her highways. It did transpire that she was en route between her solo wreath-laying at the tomb of the unknown warrior at Westminster Abbey and her second (third? fourth?) home in Windsor, but I did still wonder, though, why one commentary on this tale of our times decided to describe the Queen’s convoy as a”cortege” – unless perhaps they also thought she was attending the funeral of Hounslow’s transport policies?

It did also momentarily cross my mind, seeing the evident anxiety pictured on her face, that perhaps this was yet another incidence of a tragic 94-year-old being rescued by her daughter from the clutches of an old people’s home which was taking an unnecessarily authoritarian view of the current restrictions on access to our aged relatives – was that Princess Anne in the car behind? – but I quickly realised that this was, rather, a monarch on a mission.

Mind you, the royals do use Chiswick as a bit of a cut-through, just like everyone else. A couple of years ago I was on my bike having cycled down Lawford Road and reached the junction with Sutton Court Road. I was about to whizz across the bottom of the Sutton Court Road bridge into the adjacent alleyway when a motor-cycle police outrider, blue lights flashing, appeared coming over the bridge towards me. I stopped, interested (nosey) and the police rider did, too. He got off his bike, held up one hand and held out the other, signalling that I should stay exactly where I was.

There was no traffic; no one else within sight. Just me and my bike and, of course, I did what I was told. Whereupon a very large, very smart black car swept over the bridge, carrying not just the Queen but the Duke of Edinburgh beside her. And they waved at me. Just practising? Grateful? Apologetic perhaps? I gazed, stupefied for a moment and then, dear reader, I waved back.

Well, I have further news for the Queen. Hounslow Council has plans to stop any more of this nonsense of cutting through Grove Park to avoid the Hogarth roundabout as the Comptroller of the Household will surely find out to his or her cost in due course. Or, then again, perhaps not.

Julia Langdon has been a political journalist since 1971 and became a lobby correspondent in 1974. Leaving The Guardian in 1984, she was appointed political editor of the Daily Mirror, the first woman to hold the position on a national newspaper in the UK. She’s been a freelance writer since 1992.

See also: When working from home turns out ok

Fireworks: Sound and Fury Across The Pond
Scroll to top