Image above: cover of The New Climate War by Michael E. Mann

Drive less, fly less and turn off the lights. These are some of the ways we’ve been told that we can save the planet. But, as the pandemic has shown, our individual actions help very little when it comes to making a dent in CO2 emissions.

Some climate scientists called lockdowns an “inadvertent experiment”; a real-world global scenario to measure how big a role human activity plays in carbon emissions. The conclusion was unequivocal. The United Nations said the impact was “negligible” – or in the words of the World Meteorological Organisation a “tiny blip.”

As one of the world’s most renowned climate scientists Michael Mann reminds us in his latest book, individuals aren’t to blame for the climate crisis, even if vested interests want us to believe otherwise. The facts speak for themselves. Seventy-one percent of global emissions come from the same one hundred companies. In “The New Climate War”, Mann skilfully explains the sophisticated, decades-long campaign to blame individuals for climate change. It’s a fascinating insight into the dirty tricks used to block policies that could fix the planet. 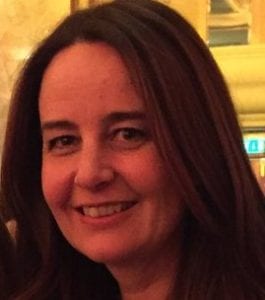 This summer, my colleague Alex Thomson and I got a first-hand glimpse of that world. Together with Greenpeace, we worked on an undercover investigation for Channel 4 News which exposed the murky dealings of a senior ExxonMobil lobbyist, Keith McCoy. While he was being secretly recorded by someone posing as a head-hunter, McCoy happily admitted that the oil giant aggressively fought climate science and used shadowy front organisations. The footage offered a rare front-row seat to the secret war being waged on climate change legislation.

As McCoy tells the undercover reporter, what he was doing was perfectly legal. These are the sort of tactics by fossil fuel companies and their backers that Mann examines in a gripping study of how the architects of misinformation and misdirection work.

Mann is best known for his 1999 “hockey stick graph”, made famous in Al Gore’s film “An Inconvenient Truth”. It showed the rapid rise in temperatures since industrialisation caused by CO2. His work, alongside that of other climate experts, earned him the 2007 Nobel Peace Prize. But his newfound fame also made him a target, resulting in harassment and death threats.

Times have changed and it’s rare to find climate change deniers these days, but the “inactivists” – as Mann calls them – are still fighting in the trenches. The tactics, he says, are just a “kinder, gentler form of denialism.” They are now engaging in a “multi-pronged offensive based on deception, distraction and delay.” This is the new climate war, he writes, and “the planet is losing.’

A favoured tactic he dissects is deflection; telling consumers that it’s “all our fault.” Take the NRA’s “Guns Don’t Kill People, People Kill People.” campaign, which diverted attention from the problem of easy access to assault weapons towards other (purported) contributors to mass shootings, such as mental illness or media depictions of violence.

Mann explores in depth the “Crying Indian” TV ad from the 1970’s – another fascinating deflection campaign. It featured a tearful Native American, looking on as his countryside is polluted by rubbish and litter. It told viewers to keep “America Beautiful” and that “People Start pollution. People can stop it.” However, the ad wasn’t quite what it appeared to be. It was created by the beverage industry, a group of large soft drinks and beer companies, who wanted to block bottle-return legislation. By blaming consumers for the problem, they managed to stop the so-called “bottle bill” that was designed to encourage recycling, but at a cost to the companies. As a result, Mann writes, “the global environmental threat of plastic pollution is still with us, a problem that has reached such crisis proportions that plastic waste has now penetrated to the deepest part of the world’s oceans.”

The fossil fuel industry has used the same tactics. In 2018, oil giant Chevron argued in court that they didn’t bear responsibility for rising sea-levels, but that “it’s the way people are living their lives.” During a hearing that was part of a courtroom showdown between California cities and oil corporations, the Chevron lawyer deflected when he said that “production and extraction of oil and gas are not responsible for increases in emissions, but rather “economic and population growth.”

With the COP26 Climate conference – arguably the world’s most important environmental gathering – just weeks away, it is a timely book.  Not only does it seek to debunk the myths that have derailed action on climate change, but it shows readers a real path towards saving the planet.