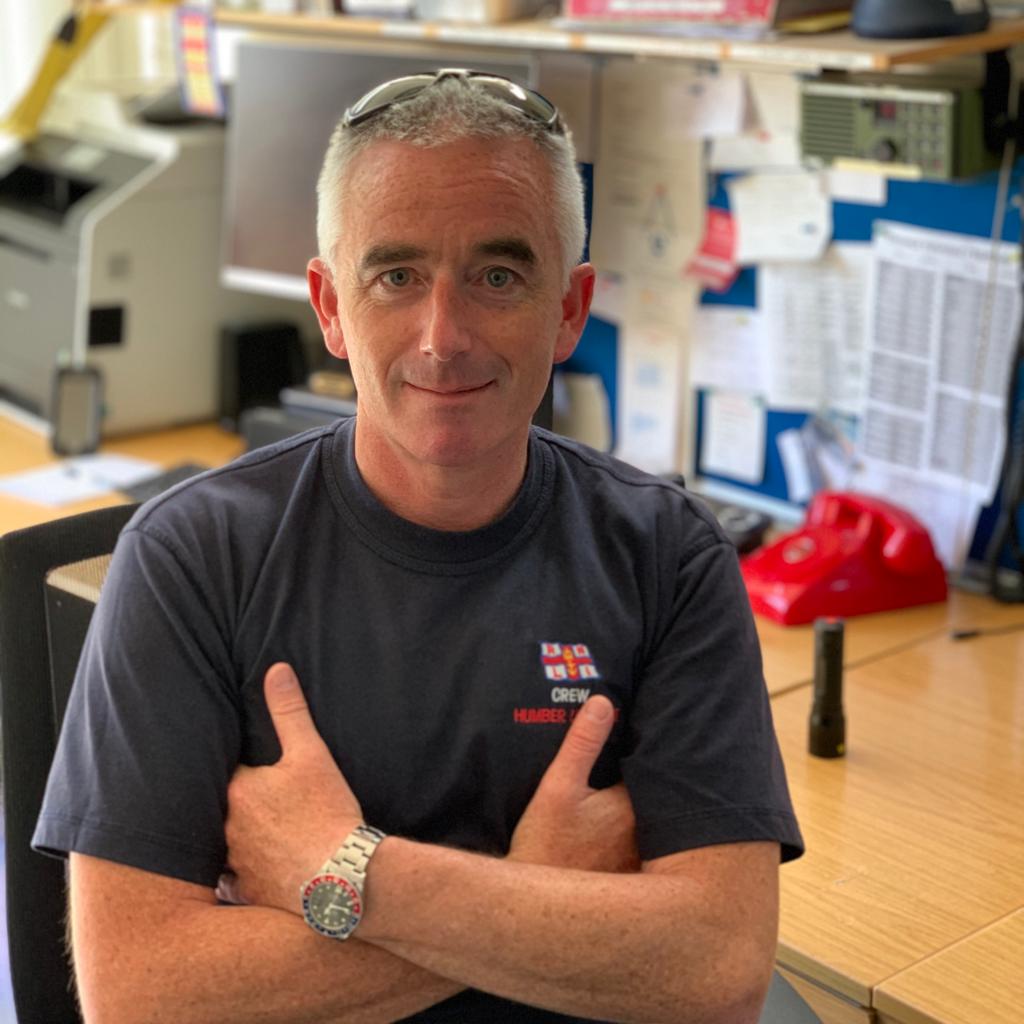 When I was seven years of age I wanted to be a paratrooper or a member of a lifeboat crew. So it was no surprise that by the time I was 45 I was a production journalist for the London Evening Standard, never having either parachuted of lifeboated.

At that age I also started volunteering for the Royal National Lifeboat Institution’s Chiswick lifeboat, committing myself to the required volunteer shifts of two 12-hour shifts per month. It was, to use an over-hashed phrase, life changing – an epiphany if you will. Yes, journalism had undoubtedly been interesting – interviewing such varied luminaries as Edward Fox, the Kray twins, Don McCullin, numerous movers and shakers; fun – sharing the Wembley stage with Madness (another story for a different time); and useful – in the newsroom for the crash of Concorde, the 9/11 terror atrocities, the 7/7 London bombings.

However, I can’ t have been the first person to arrive in my mid forties, wondering if there was more to life than all this. Little did I know that the missing piece of the jigsaw would lie in search and rescue on the Thames. Chiswick’s area of operations reaches – give or take – from Richmond in the West, down to Albert Bridge eastwards. Crewing a lifeboat is a steep learning curve if you’re not remotely nautical. Knots, casualty care equipment, search lights, salvage pumps, VHF radio protocol. And that’s before the boat even slips its lines and embarks on a 42 knot tasking to put a wrong right.

Images above: on a mission along the Thames

Initially I was satisfied to volunteer; admittedly much more than the minimum of two shifts a month. It was hugely rewarding to work a night shift on the boat then drive off to the Evening Standard and resume headline writing. Office colleagues are polite, reserved and don’t speak their minds. No one can ever accuse crewmates of displaying generous amount of any of these qualities. The deck of a lifeboat or the crewroom in the boathouse are very different environments to a middle class London newsroom. So when I was offered a year’s money to leave the newspaper – it was shortly before George Osborne took over the editorship and a handful of us who had been there for 20 years were offered the chance to jump ship in an attempt to balance the books – I took very little time to decide it was now or never. The change had to happen.

And so the volunteering shifts became more frequent (both on the Thames and, by then, in East Yorkshire on the Humber all-weather lifeboat), then turned into contracted shifts, then turned into an interview for a full-time position as helm. The RNLI relies chiefly on volunteers but also on a small number of paid mariners to keep its show on the road. In newspapers, jobs are handed out after a brief chat, a nod, a wink and an expenses-paid lunch. The institution, not surprisingly and reassuringly, doesn’t operate along those lines and the actual interview was like nothing I’d ever experienced. Nuanced questions requiring nuanced answers, a grilling from two managers and then the offer of a job.

Image above: James Anthony (left) with his crew

Still, the journey wasn’t quite complete. After a certain amount of time had passed there was the gruelling experience of a ‘command passout’, requiring an assessor to conduct search and rescue scenarios, mechanical fault exercises, ask collision regulation questions, and lastly the particularly memorable fire onboard drills. Only then after the longest five hours I’d known was I deemed adult enough to command an RNLI vessel without a more experienced colleague there to assist.

And there we have it, my transition from newspaper journalist to Thames lifeboat skipper. Would I ever have imagined it? No. Would I recommend it? Without a doubt. It is simply the best job ever.

Chiswick RNLI lifeboat station is the second busiest in the UK and Ireland. Since the RNLI search and rescue service on the Thames started in 2002, Chiswick Lifeboat has attended over 3,900 incidents and rescued over 1,750 people. The RNLI is entirely funded by public donations.