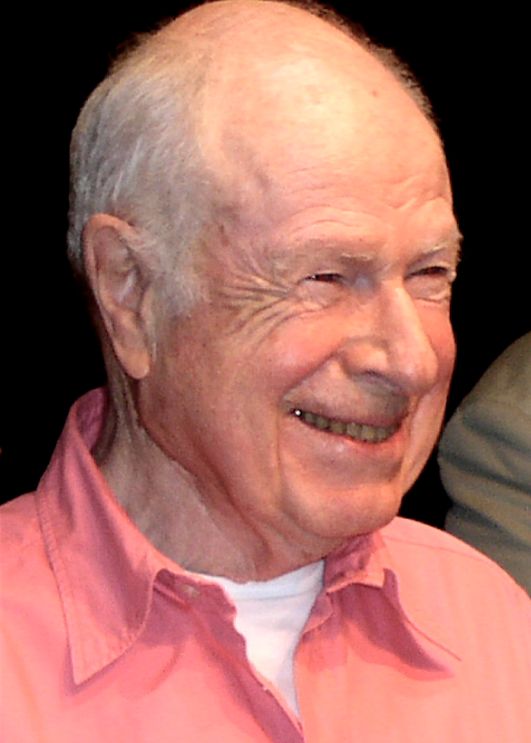 His career, which spanned 70 years, took him from the Birmingham Repertory Theatre, where he started in 1945, to the Royal Opera House for nearly 20 years, and then the Royal Shakespeare Company, winning him multiple awards including Tonys, Emmys and an Olivier.

He worked with some of the greatest British actors of the 20th century, including Sir Laurence Olivier and Sir John Gielgud. He wrote a number of books, including a seminal guide for theatre practitioners The Empty Space and he also directed an iconic film version of The Lord of the Flies in 1963.

“He was a gentle revolutionary” says Dame Sheila Hancock

“I once had the privilege of interviewing Peter Brook for a magazine.

“In his little theatre in the back streets of Paris he was dedicated to creating theatre that could make the audience ‘leave the theatre feeling a little bit better about all the unknowable things we have to face in life.’

“He and Joan Littlewood changed everything. He was a gentle revolutionary.”

Peter was born in 1925, the second son of Simon Brook and Ida (née Jansen), who were both scientists, Jewish immigrants from Latvia who had made their home in England during the First World War. The family lived in Fairfax Rd in Bedford Park. Aged seven, he acted out a four-hour version of Hamlet on his own for his parents.

In his memoir he wrote:

“I had learnt as a child that I was Jewish and Russian, but these words were abstract concepts to me.

He is chiefly known for his world view of theatre, his openness to bringing in ideas from elsewhere. He fought against the narrowness of English theatre when he was a young man in the 1940s:

“The entire West End consisted of a comfortable, middle-class theatre which existed to reassure the audience that all that mattered was niceness and gentility” he wrote.

“There was a resistance to everything coming from abroad. Europe was suspect. Brecht was a dangerous continental influence.”

He was a linguist, speaking at least six languages and in 1970 he took off to travel the world, exploring theatre practices in other cultures, taking a theatre troupe on a tour of Africa. Perhaps his best known work was a nine hour staging of the Mahabharata, an ancient Sanskrit epic that emerged in 1985 encompassing fire, earth, air and water.

He eventually settled in Paris, where he renovated the Bouffes du Nord, a 19th-century music hall behind the Gare du Nord.

‘Brook’s great achievement was to expand thrillingly the boundaries of western stage production.

‘Using all the ingredients of space, shape, voice, music, colour, costume and especially movement, his theatre had nothing to do with proscenium arches, plush curtains and the star dressing room; instead he was a master magician who could conjure up marvels of dramatic invention, often in places remote from any playhouse.’

Kenneth Tynan said that Brook’s work was for the “theatrical gourmet” because he “cooks with cream, blood and spices”.

‘Brook redefined the way we think about theatre.’

See also: Psychotherapist Nicholas Rose book on why couples decide to split or stay together

Psychotherapist Nicholas Rose book on why couples decide to split or stay t...