Train operators have voted for four days of strike action across London’s tube network in August, over plans by London Underground to abolish the night tube train drivers’ pay grade.

Following a ‘solid vote’ by members and subsequent talks, the tube drivers’ union, the RMT, has instructed train operators to not book on for any duty on four days next month.

The first two 24 hour strikes will take place at the beginning of the month, with two more scheduled towards the end of the month.

London Underground propose to abolish the pay grade from 16 May. At present tube drivers who work at night are entitled to a special grade specifically for working at night. The union says the move is ‘cash led’ and ‘aimed at shunting staff… [and will] threaten the loss of 200 jobs and destroy the work-life balance of 3000 Tube drivers.’

“London Underground’s proposals to rip up an agreement that protects 3,000 Tube drivers’ work life balance has caused uproar in the depots amongst drivers.

“This breach of trust by an out of touch management abolishes the part time jobs of workers – mainly women – who want them.

“This is the thanks that Tube drivers have been given for keeping the service running through the Covid pandemic. This is a blatant attempt to now use that pandemic to start bulldozing through a savage programme of cuts.

“The union remains available for talks.” 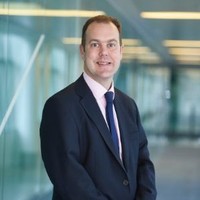 Nick Dent, director of customer operations for London Underground, said the “changes to how we roster our drivers” would help “continue to provide a regular Tube service and create more flexibility for our staff”.

He added that the move “will not result in any job losses” while giving part-time drivers “the opportunity for full-time work and long-term job certainty”.